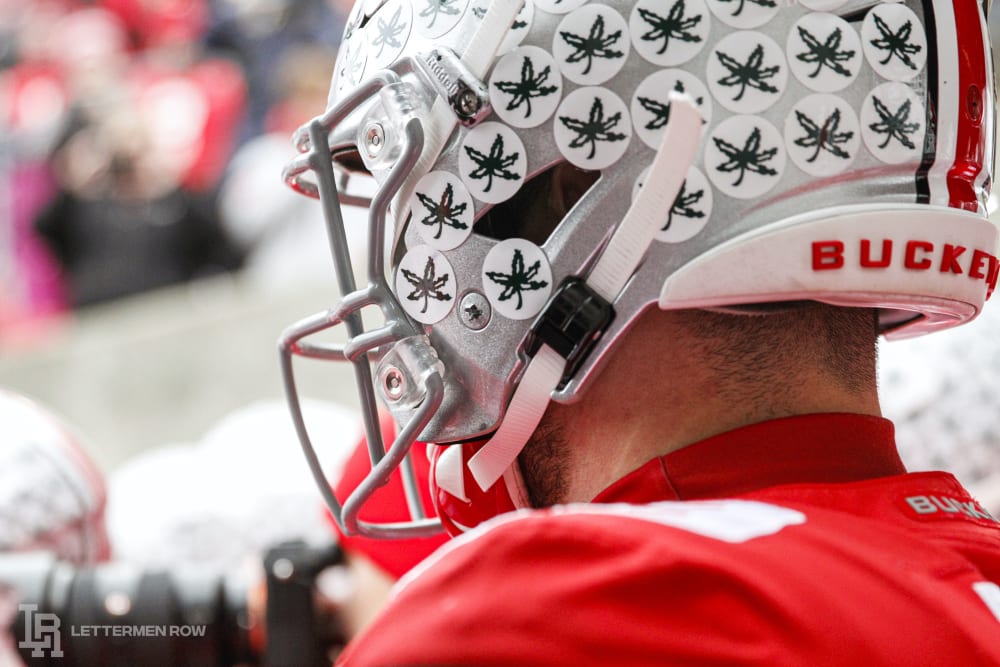 Ohio State commits and one key target focused on relationships during the 'Buckeyes Bash.' (Birm/Lettermen Row)

COLUMBUS — The season opener was on center stage this weekend, but for the future of the Ohio State program, there was also a sideshow underway.

Roughly 26 miles away from Ohio Stadium in the Columbus suburb of Pickerington, a number of Ohio State commitments and one key uncommitted prospect were gathering to celebrate the return of Buckeyes football — and also building on relationships that will carry them through the rest of their lives.

That’s ultimately what recruiting is about, right? Relationships.

That’s why more than a dozen Ohio State verbals made their way to Ohio from North Carolina, Virginia, Pennsylvania and Indiana, paying their own way to come hang out together. It’s why Derrick Davis and Tristan Leigh, two of the very few remaining uncommitted players being recruited by the Buckeyes, had made plans to do the same. Though Leigh didn’t make the trip, Davis did — but he didn’t really need to.

The 4-star safety from outside of Pittsburgh has probably been to campus at Ohio State more than anyone in the Buckeyes class except Jack Sawyer, who was hosting the event in Pickerington. So his decision to visit had to be about more than getting a feel for Columbus. He knows what Columbus is about. What he and his father, Derrick Sr., didn’t know is how they’d fit into the dynamic of the young men in the class. 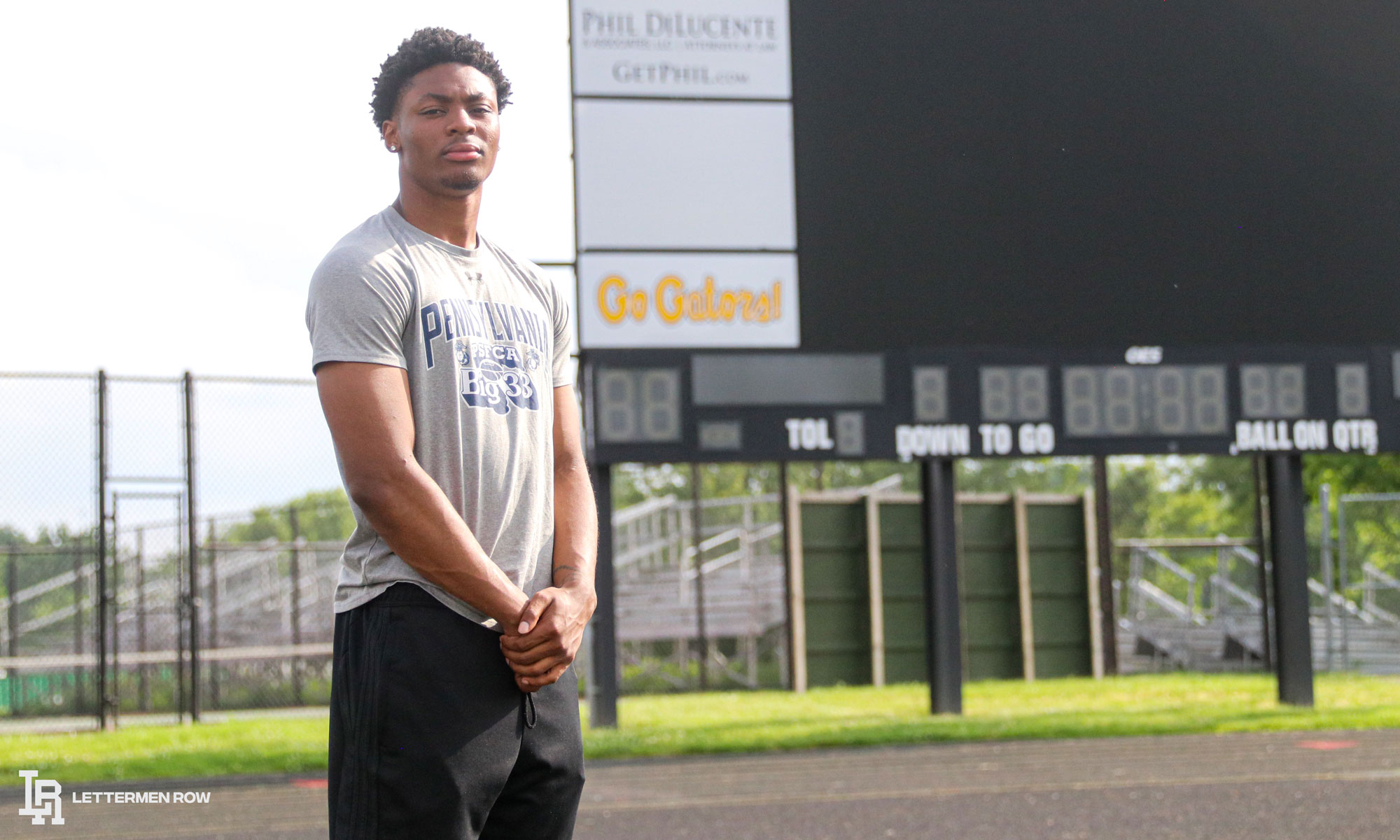 “I connected with them all,” Davis Sr. told Lettermen Row. “They’re very nice people and we loved the hospitality from the Sawyer family.

“It  was all good. The energy was positive and great.”

For a player like Davis, the chance to get to know the guys in the class meant a lot more than the chance to talk to Buckeyes coaches. He can do that any other time, and he has done that for the last three-plus years. The bonds with other players can often be the final piece in a college decision, and his weekend visit could go a long way as the country’s No. 2-ranked safety makes a trip to LSU next weekend, where he’ll see campus for the first time.

Campus wasn’t the focus at Ohio State this weekend, though. Brotherhood was.

There weren’t a rush of social media posts or hashtags designed to sensationalize the hang session. As the Buckeyes coaches have modeled, the recruits wanted the focus to be on real connection, not hype. That — along with Buffalo Wild Wings and then burgers and bratwursts at the Sawyer household — was on the menu.

Sawyer, Evan Pryor, TreVeyon Henderson and Tyleik Williams had planned to make the near two-hour drive to Tiffin on Friday night to see Ben Christman’s playoff game, but inclement weather forced unexpected delays and uncertainty if the game was even going to be played. In this case, it’s true that it was the thought that really counted, because that gesture clearly meant plenty to Christman even if his fellow commits didn’t wind up making the drive.

These young men and their families want to be around each other. They know they’re building something special.

“I wish we were able to go on campus more,” Evan Pryor told Lettermen Row. “But the best part of the weekend was just chilling with the guys back at Jack’s house. Just the chance to have real conversation and getting to know each other.

“It’s been tough not having official visits or anything and not seeing the coaches and stuff like that.” 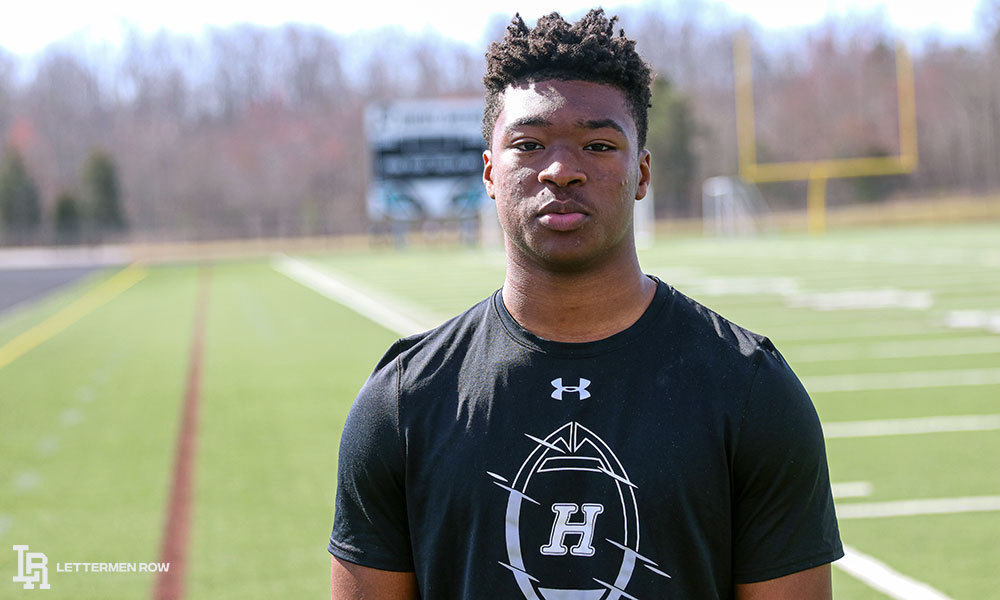 Ohio State commit Evan Pryor was in Columbus over the weekend. (Birm/Lettermen Row)

And that’s where real connections matter. This is a year unlike any other for college football, and that extends to recruits and it felt good to just almost be normal.

“It was great to be with the guys for sure,” Christman told Lettermen Row. “It’d had been too long since I was on campus with another commit or recruits. It’s big because we could finally see each other in person rather than on Zoom.”

TreVeyon Henderson’s first — and likely only — visit to Ohio State before enrolling at the school in January had no semblance of a normal recruiting visit. But it didn’t matter to the country’s No. 1-ranked tailback.

What mattered was knowing the people he’s going to be around are the people he’ll grow with on and off the field over the next handful of years. The weekend helped him feel even more confident in his college choice.

“The best part was getting to hang out with those guys,” Henderson said. “It felt great to do that. I had a good time being around those guys. The bond we have is special.

“The city was what I really wanted to see. After seeing how great Columbus was I definitely know Ohio State is the best place for me.”

More than ever, it’s bonds like those cemented this weekend that turns a great recruiting class into a great college football team. Even the nightmare of 2020 can’t change that.