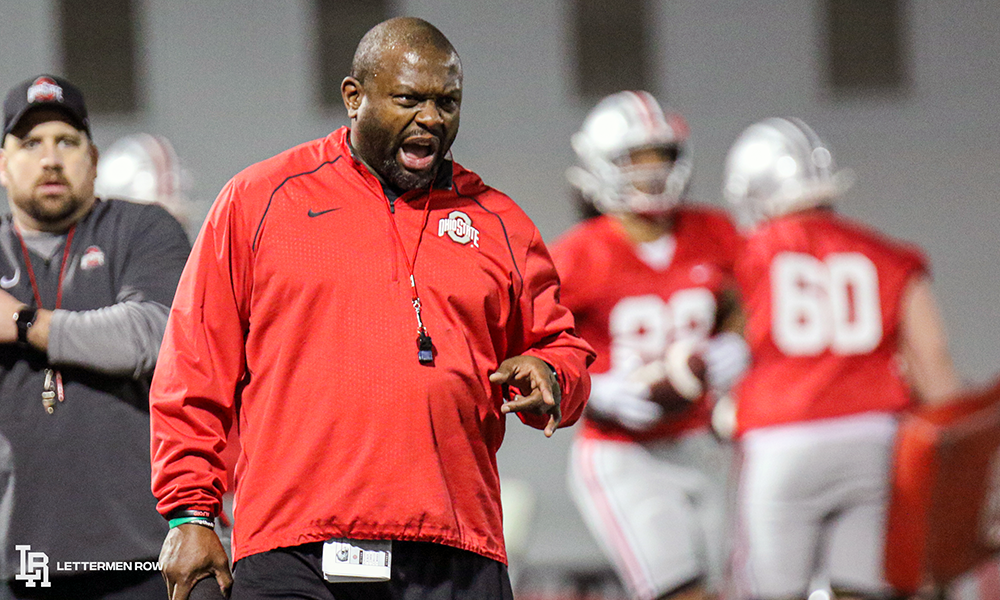 Tony Alford has already begun turning his attention to running back recruiting in the Class of 2022. (Birm/Lettermen Row)

Have a question about Ohio State recruiting? This is the place for you, five days a week. Submit your questions on Twitter or on the Lettermen Row forums. Check-in daily to see what’s on the mind of Buckeyes fans all over the country. Today we look ahead at the future of the running back position as the Buckeyes should be done at that spot in 2021.

Any timeline on when Gabe Powers will commit? And who is our top 2022 RB target

What a difference a year makes, right?

For Tony Alford and Ohio State, running back recruiting last spring had the program feeling pretty good heading into the summer months as key visits for 5-star prospects like Kendall Milton and Bijan Robinson loomed.

By the end of the summer, the Buckeyes were on the outside looking in for both of those standout tailbacks and forced to scramble late into the season before getting a commitment from Cincinnati prospect Miyan Williams last November. The 2021 recruiting cycle has been decidedly different for Alford and Ohio State after landing a pair of the nation’s best junior running backs, Evan Pryor and TreVeyon Henderson, inside of a 10-day stretch in March.

With two big-time talents committed and working hard on behalf of the Buckeyes already, Alford finds himself in an enviable position and is able to focus almost entirely on the country’s best soon-to-be junior running backs in the Class of 2022. 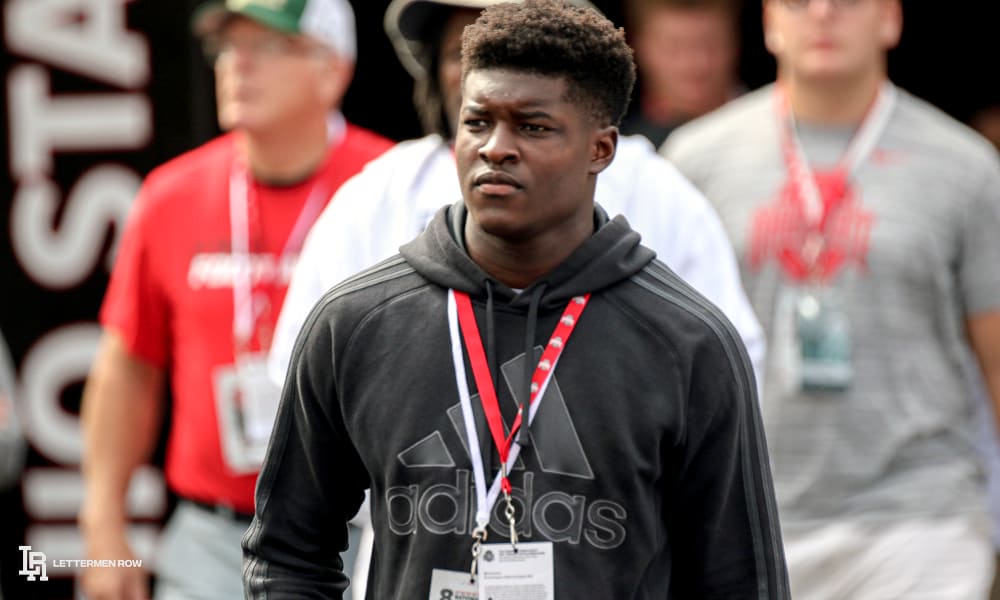 Stephan Byrd is an unoffered 2022 running back who has caught Ohio State’s attention early in the process. (Birm/Lettermen Row)

And that means it’s becoming more clear who Ohio State’s primary targets are at the position, at least right now. Things change rapidly on the recruiting trail. But this question is about what’s happening right now, not what’s going to happen in the future, right?

So who are some of the top Buckeyes 2022 targets at running back? Here are a few names to pay attention to as Ohio State looks for any way it can to get them on campus this summer. There are seven players already reporting a Buckeyes offer, but a few stand out more than the others. Some of those who have been offered aren’t listed on the 247Sports.com page for whatever reason.

Pennsylvania’s Nicholas Singleton, ranked as the No. 8-overall tailback in 2022, is one of the young ballcarriers getting a lot of attention from Alford. So is IMG Academy standout Kaytron Allen, who is originally from Norfolk, Virginia. Allen is the No. 14-ranked running back right now and has been in regular communication with Ohio State. Also in Florida is Terrance Gibbs, a 6-foot, 190-pound back at The Master’s Academy just outside of Orlando. It’s still very early in the process, but those three players may be standing out a bit more than others when it comes to the Buckeyes right now.

On the unoffered front, there are two local running backs out there right now who don’t list an offer from the Buckeyes that have caught their attention. Cincinnati LaSalle standout Gi’Bran Payne is one of the Midwest’s best at the position, and he’s definitely on the early radar for Ohio State. So, too, is Canal Winchester’s Stephan Byrd, who became a player to watch following an impressive one-day camp performance last June.

Other names to know include Texas stars Emeka Megwa and Jadarian Price, Las Vegas standout Jovantae Brown and Colorado athlete Gavin Sawchuk. But there’s a long time before any of these players can put pen to paper, and a number of new names will no doubt emerge as viable options down the road.