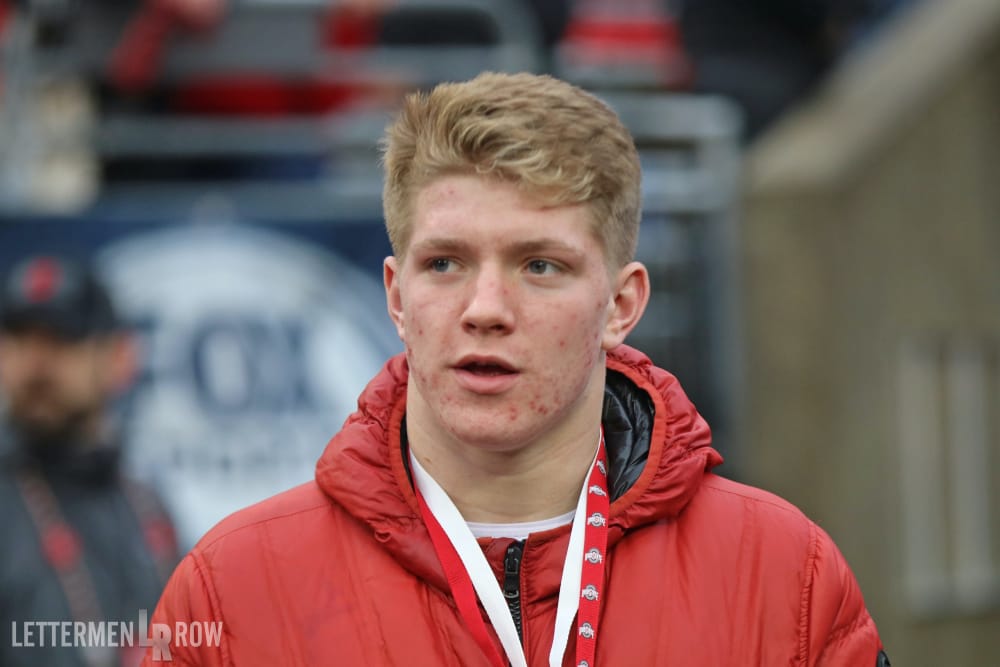 “Ohio State was just the best place for me,” Sawyer told Lettermen Row. “Coach Johnson and Coach Day make it feel like home for me. There’s no need to wait. I’m ready to get rolling. I’m just so excited to be a Buckeye.”

COMMITTED! So excited to be a Buckeye! #GoBucks #BuckeyeNation pic.twitter.com/s48Y0zSrVj

“First, I want to thank all of my family and friends who have pushed me my whole life and made me the person I am today,” Sawyer wrote. “Second, I want to thank every single coach and university that has taken their time to recruit me, I appreciate everything you guys have done. I also want to give a big thanks to every coach I have had along the way that has helped me get to this point in my career. This whole recruiting process has been a great experience and I’ve met some amazing people along the way. With that being said, I’ve talked with my family and decided I have to do what’s best for me and my future. That’s why I’ll be committing to THE Ohio State University!! Big thank you to Coach Day and Coach Johnson for giving me this opportunity, I’m ready to be a Buckeye!!”

Sawyer made three visits to Ohio State during the fall, the last of which came for Ohio State’s demolition of Michigan. In that game, the Buckeyes’ defensive line tore apart Michigan’s offensive front and played a big part in landing 5-star Zach Harrison over the Wolverines. It also made an impression on Sawyer at the time.

“I don’t think anyone expected Ohio State to come out and play lights out like that,” Sawyer told Lettermen Row.”I think they came out with that fire and were kind of pissed off, and it just backs up that Coach Johnson is obviously one of the best at what he does.”

At the time, Sawyer was also weighing the possibility of becoming the type of recruiting class leader that Ohio State has had in other classes, including with 5-star offensive tackle Paris Johnson in the Class of 2020. The Buckeyes recognized his abilities both on and off the field and were pushing him to become that type of leader for the 2021 recruiting class.

“They’ve actually talked to me before about how I could be that guy to build a class there since I’m a local kid and all,” Sawyer said. “They talk to me about being that special player you see every so often, and how that could lead to building that class.”

Now that he’s committed two years in advance, he’ll have a chance to shape Ohio State’s first true full recruiting class under Ryan Day that includes no players who committed during the Urban Meyer era. Getting started with the No. 3 player in the country isn’t a bad place to begin.