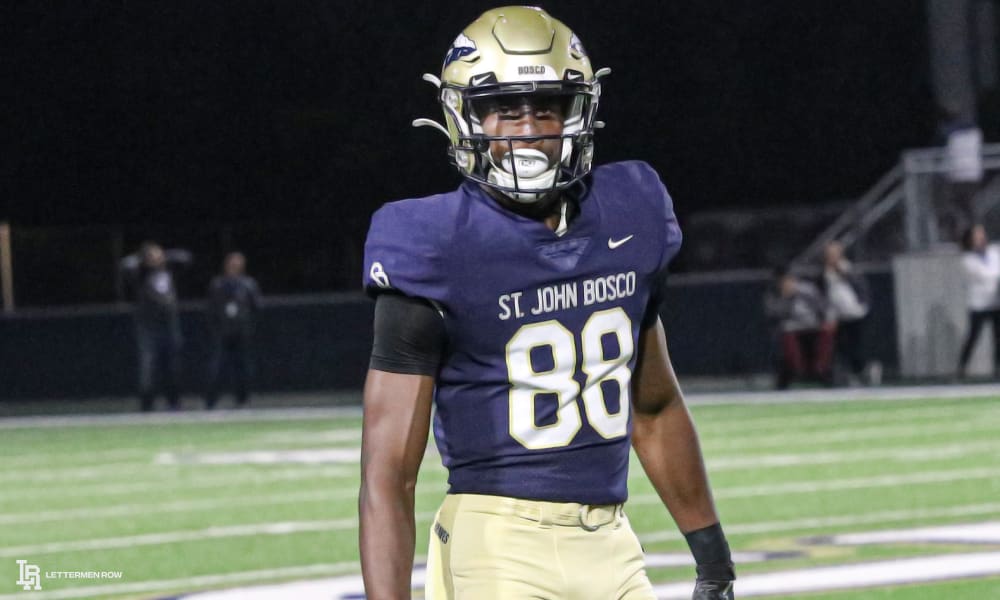 Beaux Collins is one of the top Ohio State targets at receiver in 2021. (Birm/Lettermen Row)

Have a question about Ohio State recruiting? This is the place for you, five days a week. Submit your questions on Twitter or on the Lettermen Row forums. Check-in daily to see what’s on the mind of Buckeyes fans all over the country. Tuesday, we explore the wide receiver position and the talented options available to Ohio State in 2021 and beyond.

Though he doesn’t like to be called a great recruiter, Ohio State receivers coach Brian Hartline is by all objective measurements exactly that.

He has done that by tending to the relationships he’s made with recruits and their families, cultivating real connections through honest discussion and evaluation and by making sure he doesn’t take the time he has with his recruiting targets for granted.

Because of his non-recruiting recruiting approach, Hartline led the way as Ohio State signed a remarkable four-man 2020 recruiting class that included three of the nation’s top-10 receivers, including the No. 1-ranked wideout, Julian Fleming. The Pennsylvania standout is already on campus at Ohio State along with his three classmates, Jaxon Smith-Njigba, Gee Scott and Mookie Cooper. And that group joined an already talented crop of receivers with Chris Olave and Garrett Wilson leading the way.

None of those receivers are seniors. Neither are the other guys in the room, players who were talented prospects in their own right like Jaelen Gill, Jaylen Harris, Jameson Williams and Kamryn Babb.

The point? There’s not a whole lot of room available in the Class of 2021 for more receivers than are already committed in that class. And the two that have pledged, Jayden Ballard and Marvin Harrison, are pretty darn good too. 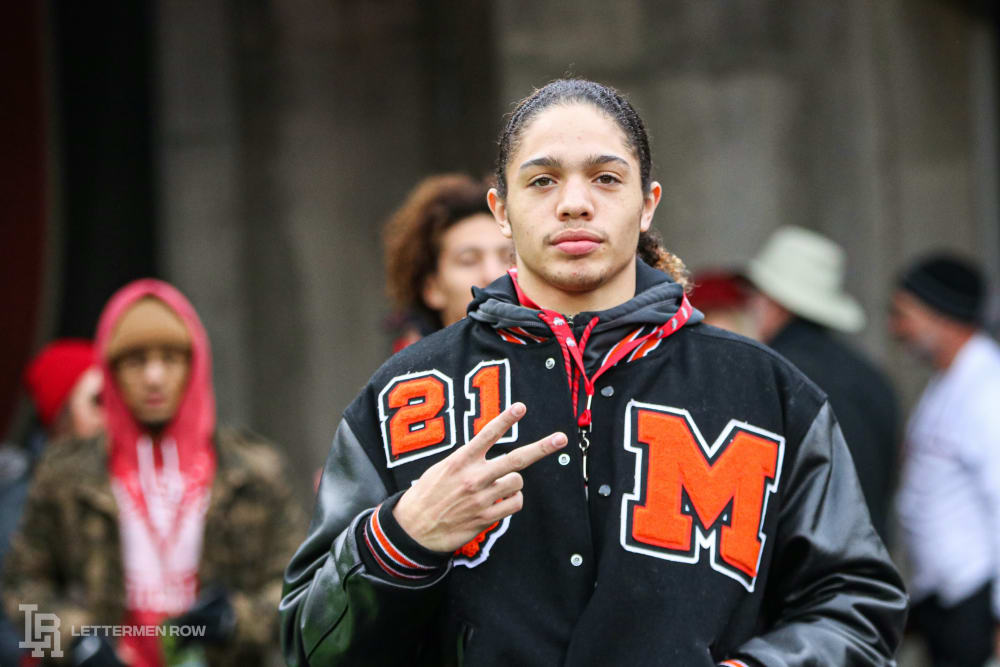 Jayden Ballard is one of two receivers already committed in 2021 for Ohio State. (Birm/Lettermen Row)

So the question here is how many can the Buckeyes really go after in 2021, and the answer isn’t black and white. With two already committed and a very well-known group of three contenders to be the third guy in this upcoming cycle, it’s absolutely conceivable that the number could be five signees in 2021. Ryan Day may have a major fight on his hand with Hartline if Troy Stellato, Beaux Collins and Emeka Egbuka all wanted to join the Buckeyes and someone was told no.

Of course, that’s not likely to happen anyway. The more likely outcome is that one of those three ends up choosing Ohio State, bringing the total in 2021 to three. If that happens, the other two take a good long look at the depth chart in Columbus and decide to commit elsewhere anyway. After that group, only a rising-prospect like Kaden Prather is even really being considered by the Buckeyes right now.

Still, the possibilities present an interesting scenario for Hartline and the Buckeyes to consider. The number of highly-recruited, highly-ranked players who want to play for Hartline and Day may force Ohio State to adjust its approach at the receiver position in the future.

While Hartline isn’t handing out a large number of offers now, he’s certainly more conservative with them in 2021 than he was in 2020. And since he’s not yet offered a single 2022 receiver, it appears he intends to be even more stringent in that cycle than the next one. The goal is to make sure that wide receiver recruits know that there is a real value to an Ohio State scholarship offer and that it’s a coveted, sought-after opportunity.

The Buckeyes will not offer players they won’t happily accept a commitment from, and they’re not going to offer players who they don’t believe they have a real shot to land a verbal from.