Mitchell Melton had zero sacks as a junior but erupted for 20 as a high school senior. (Birm/Lettermen Row)

Ohio State football recruiting can be a wild ride full of twists and turns as recruits from all over the country maneuver their way to signing day. Lettermen Row is here to help navigate the tumultuous roads by getting to the heart of the matter with the young football players themselves. Birminology shows who the young men being recruited by Ohio State truly are — by talking to them. This week’s guest is Mitchell Melton, a 2020 Ohio State signee from Maryland who will arrive on campus in Columbus at the end of May.

After spending most of his high school career as a raw — but intriguing — prospect, Ohio State 2020 signee Mitchell Melton ended his recruiting process as the country’s No. 24-ranked outside linebacker prospect and a 4-star player.

It turns out that recording 20 sacks in your final season of high school football opens some eyes and turns some heads. Especially when that explosive senior season comes on the heels of a zero-sack junior campaign. That may be the reason that recruiting analysts from around the country didn’t exactly know what to expect from the 6-foot-4, 225-pound Olney, Md. standout.

Programs like Ohio State, Michigan and Notre Dame weren’t ignoring Melton though, even with the lackluster numbers in his junior year. The Buckeyes saw a long, rangy athlete who had the potential to play a Malik Harrison-esque role in their defense and Melton rewarded that confidence with a commitment over their Midwest rivals last summer. 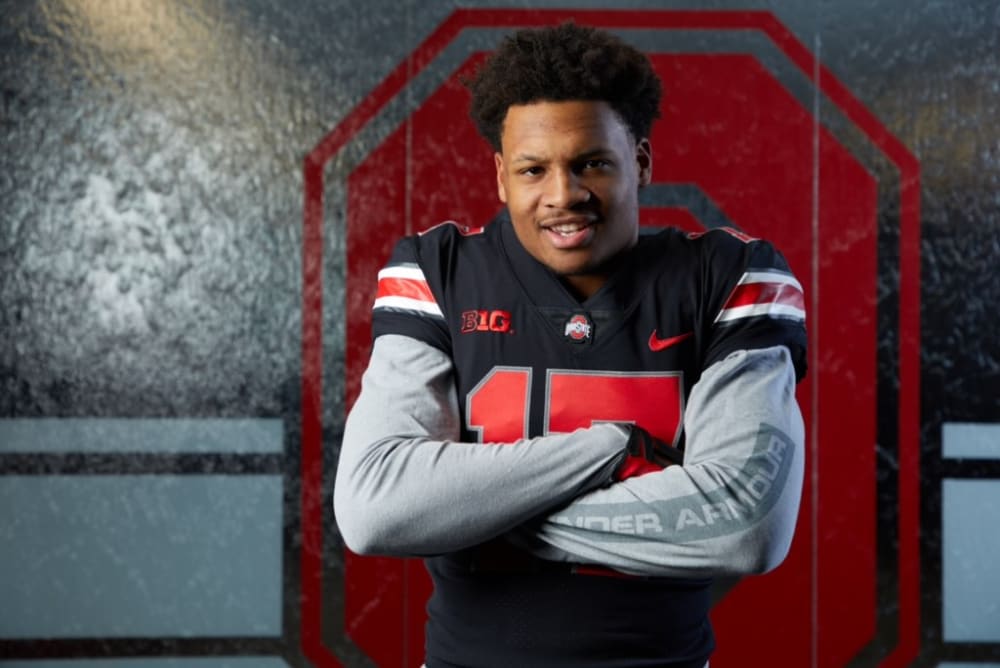 What has Mitchell Melton been up to since his commitment? Does he think the Buckeyes recruiting class will be divided between the early-enrollees and the summertime arrivals? What position will he be playing at Ohio State? The recent Buckeyes signee answers those questions and more as the latest guest of Birminology, brought to you by Lettermen Row.