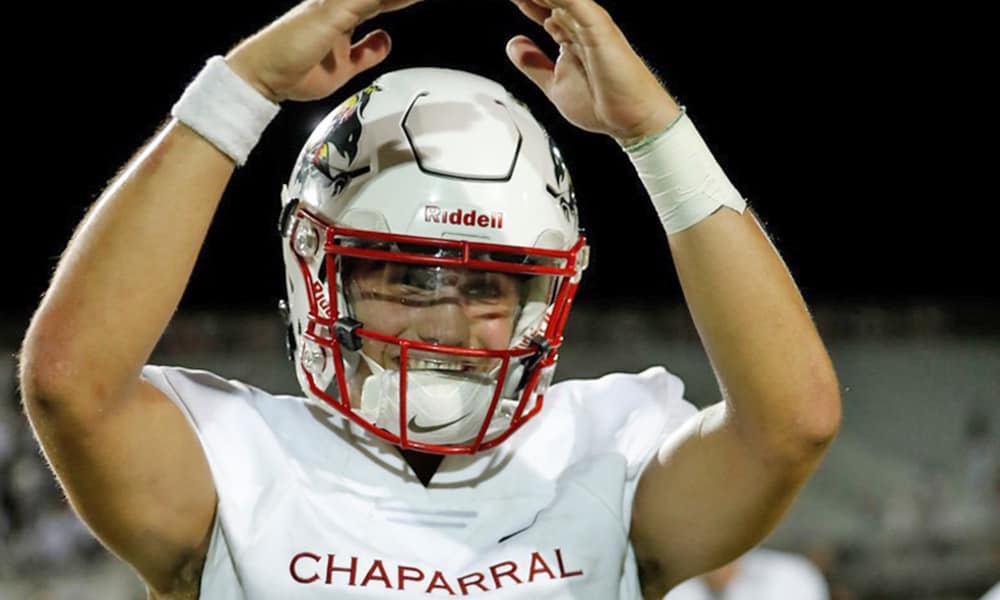 Jack Miller is in Columbus and is looking to firm up connections in the Class of 2020. (Jack Miller/Courtesy)

It’s almost time for The Game in Columbus. Ohio State hosts Michigan for a chance to win the Big Ten Championship and, with a little luck, get back to the College Football Playoffs.

This football season has been undeniably difficult for the Buckeyes, and this weekend provides Urban Meyer and his program a chance to exorcize some demons against Ohio State’s biggest and most hated rival. It’s a chance for Ohio State to refute the notion that Michigan’s program is on the rise while its own is in the middle of a freefall.

Thanks to a subpar home schedule, The Game also will provide the Buckeyes something else they’ve not had this season: a huge recruiting weekend. Ohio State will welcome in dozens of top targets from across the country with the hope of locking down the future of the program.

The lists that follow are not gospel — there are certainly going to be names that have been missed and some that will not show up that are expected — but if you’re looking for a who is who of Ohio State targets in the Class of 2019, 2020 and 2021, here they are.

Let’s start with the players who will have their trips to Ohio State paid for by the Buckeyes this weekend, the official visitors.

There are also a number of 2019 commitments making their way to town to get to know some top prospects.

The Buckeyes are fighting to land a handful of players from inside of Ohio that have already committed to other schools. To win these battles, Urban Meyer and his coaches will need to quickly firm up relationships with these young people and convince them that it’s just different for an Ohio kid to be suit up for the Buckeyes.

Right now, Ohio State has only 14 commitments in its 2019 class and landing these kids has become increasingly important as signing day approaches.

Ohio State is likely to welcome back Foster, Eichenberg, Duplain and Jacobs for an official visit in the future if this weekend goes well.

A huge weekend for the Ohio State Class of 2020

Ohio State will welcome in 2020 commits Jack Miller, Jake Wray and Lejond Cavazos, bringing that trio together for a game almost a year after a meeting that set the ball rolling on what’s already become one of the country’s premier 2020 groups.

Oh yeah, the Mayor of Columbus, Paris Johnson, Jr., will also be back in town, as he has been for every Ohio State home game this year. That group will have their hand’s full with a loaded group of 2020 visitors, including a number of the Buckeyes highest-regarded talents.

This is a huge weekend for Ohio State’s 2020 recruiting class. I don’t think there are any imminent commitments, but a few of the bigger names on this list, especially Mekhail Sherman, could be worth watching. He has a very close relationship with Urban Meyer already.

There’s a developing battle for some of the best young players in Ohio and Michigan between the Buckeyes and the Wolverines, and this weekend is a big chance for Urban Meyer’s program to stake their claim as the place to be.

Here are a few of the key names in the 2021 class that will be in town.

Ohio State and Michigan kick off at noon on Saturday. Lettermen Row will try and bring reaction and insight from as many of these young stars as possible over the following week.