Ohio State football recruiting can be a wild ride full of twists and turns as recruits from all over the country maneuver their way to signing day. Lettermen Row is here to help navigate the tumultuous roads by getting to the heart of the matter with the young football players themselves. Birminology shows who the young men being recruited by Ohio State truly are — by talking to them. Today’s guest is Ohio State 2020 commitment Josh Fryar, an offensive lineman from Indiana.

It’s often said in recruiting to ignore the stars and trust the eyes.

Case in point? Beech Grove (Ind.) offensive lineman Josh Fryar. The Buckeyes commitment is a 6-foot-6, 305-pound road grader who plays with the nasty streak college coaches search all over the country to find. Despite his frame, on-field demeanor and above-average athleticism for a high school lineman, Fyrar is only ranked as the country’s No. 23 offensive guard and a composite 3-star prospect.

Playing in a small Indianapolis suburb doesn’t always lend to big-time national attention. That might actually be a good thing for Fryar, who found himself feeling overwhelmed at times in his recruitment. It was a recruitment that included Ohio State for much longer than anyone really talked about or paid attention to during the process. 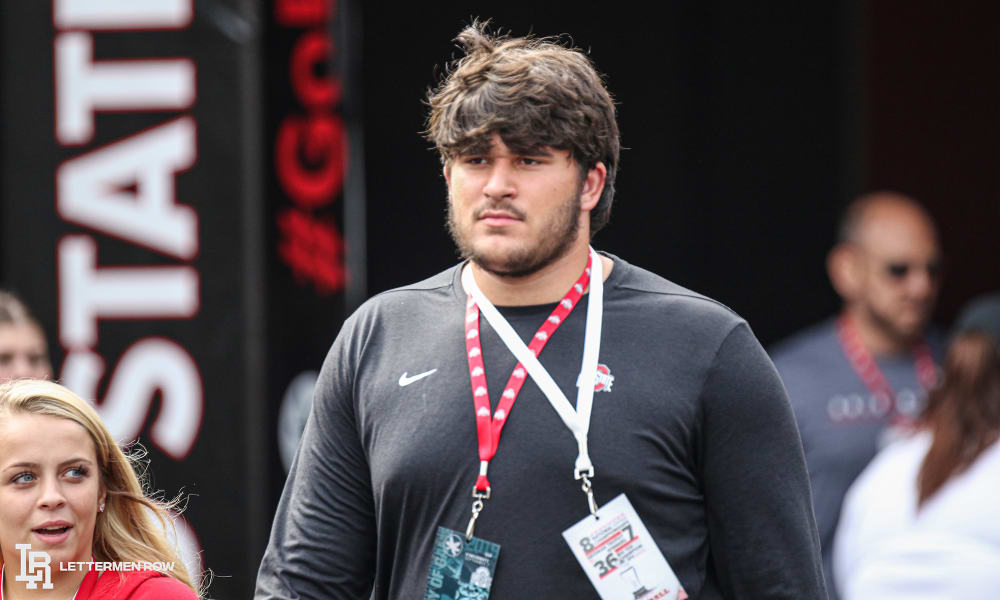 Josh Fryar has gotten comfortable at Ohio State and is relaxed now that his recruitment is finished. (BIrm/Lettermen Row)

But the spotlight should have been brighter. Fryar was a priority target for the Buckeyes for more than a year and visited Columbus multiple times before scheduling his official visit in June. It was that visit that turned his recruitment away from Oregon, Penn State and Indiana and put his focus squarely on Ohio State, the program that had been focused on him for months.

What was it about the Buckeyes that opened the eyes of Josh Fryar? Why is he looking forward to being on the receiving end of a Greg Studrawa chew-out session?  How have his multiple trips to Ohio State this fall helped him grow in his relationships with fellow Buckeyes commitments?

Find out those answers and more in this week’s edition of Birminology on Lettermen Row.