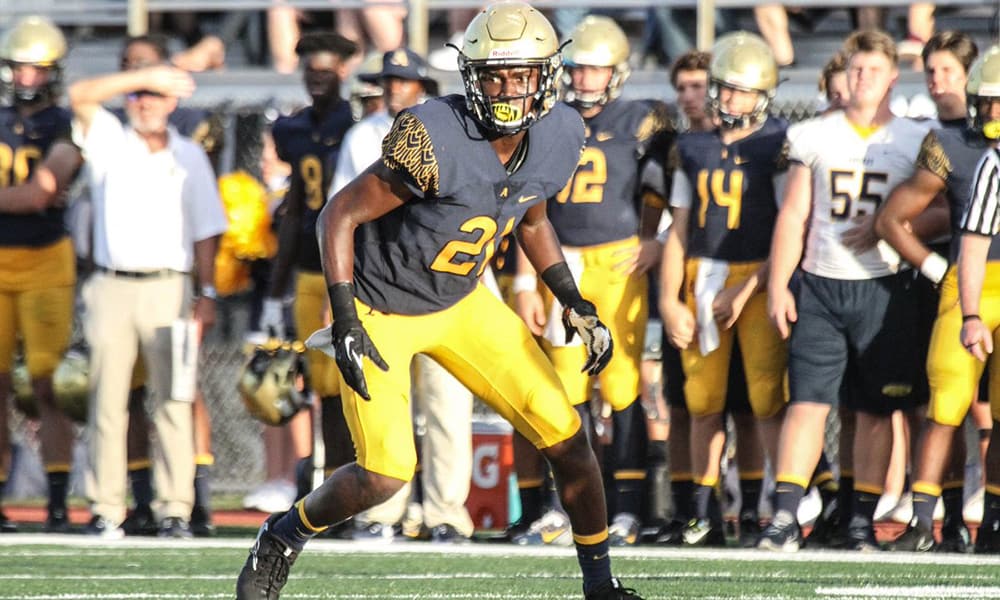 Ohio State did everything they could to keep Jordan Battle but he's heading to Bama instead. (Via Twitter/Andrew Ivins)

After months of speculation and unease, it’s officially official: the Buckeyes have lost a commitment from Fort Lauderdale (Fla.) St. Thomas Aquinas defensive back Jordan Battle. He has signed with Alabama.

A 4-star prospect ranked as the country’s 44th-best player according to 247Sports.com, Battle informed the Buckeyes of his decision less than a week before signing day during Ryan Day’s in-home visit. He had been committed to Ohio State since June 29 and told Lettermen Row less than a week later that it would take something monumental for him to consider any other schools.

“Miami made a push, but obviously Ohio State beat them out,” Battle said at Nike’s The Opening in Dallas in early July. “I’m completely shut down for now, until further notice. Right now, I’m locked in. I don’t think anything could change it with the way Ohio State is with me right now.”

Something changed. In fact, for Battle, a lot of things changed. Zach Smith, the former primary recruiter for the Buckeyes at St. Thomas, was terminated by Ohio State in July. Urban Meyer’s status immediately became unclear and that opened the door for other schools, including Bama, to try and plant seeds of doubt.

Those seeds started to grow in August and flourished as the season went on.

Battle had an October 13 visit to Ohio State planned with the hopes of sitting down with Meyer and the Buckeyes and getting a better read on his future. That game was a noon game, and he couldn’t make it work. The same thing happened for the big Nov. 24 home game against Michigan.

At that point, things started to get pretty muddled. Ohio State had hoped Battle would take advantage of the new NCAA bylaw that allows for players to take a second official visit to a school that went through a head coaching change, but Fred Battle — Jordan’s father — said that no decision about that would come until a sitdown with Day happened in person.

“Ryan Day coming back to see Jordan,” the elder Battle told Lettermen Row. “No [visit] plans until we talk to Coach Day.”

Well we know how that turned out.

Even after talking to Day, no visit was planned and Ohio State has lost its top defensive commitment. Battle is heading to Alabama and the Buckeyes are heading back to the drawing board at cornerback and will have to reassess their options after the early signing period.

Battle becomes the third total decommitment for the Buckeyes since Urban Meyer’s retirement and the first in the Class of 2019, which is now back to 15 total total commitments.