Jeff Hafley turned around the Ohio State defense in one season with the Buckeyes. (Birm/Lettermen Row)

Ohio State football recruiting can be a wild ride full of twists and turns as recruits from all over the country maneuver their way to signing day. Lettermen Row is here to help navigate the tumultuous roads by getting to the heart of the matter with the young football players and Ohio State coaches and staff members themselves. This week, we’re catching up with former Buckeyes defensive coordinator Jeff Hafley, now the head coach at Boston College.

When Jeff Hafley walked to the podium in the Ohio State football team room to meet with a large media contingent last February, most people in the room had no real idea what to expect.

Hafley had, after all, been away from college football for seven seasons and had faded into the relative obscurity of life as a position coach in the NFL. He had worked with Ryan Day in San Francisco 49ers organization and when Day hired him as his first ever defensive coordinator, there were some who questioned whether or not that decision was based on their relationship more than Hafley’s competency as a coach.

“We had several conversations about coaching in college, and that’s where we both wanted to end up,” Day said about hiring Hafley after taking over the Ohio State program from Urban Meyer. “I didn’t know I’d be the head coach here, and that’s how it would work out. But I always knew I’d coach with him again.”

By the time that first press conference ended, the media’s conversation about Hafley had done a complete 180-degree turn. It wasn’t a matter of Why would Ryan Day hire Jeff Hafley anymore.

It was quickly a question of How long can Ryan Day hold on to Jeff Hafley? 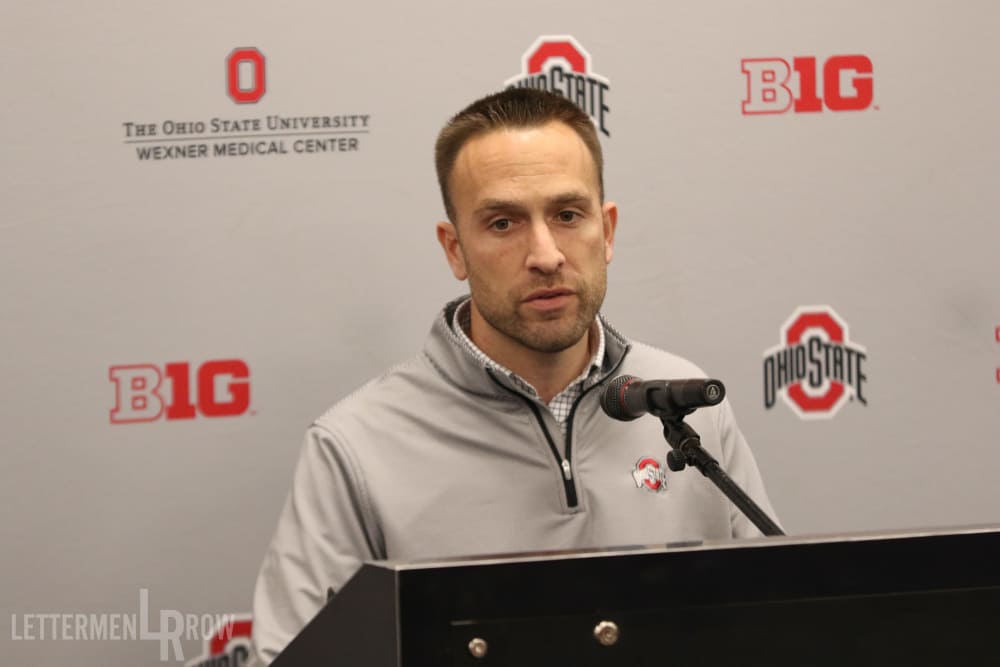 Jeff Hafley quickly became a fan favorite for Ohio State fans in his one year with the Buckeyes. (Birm/Lettermen Row)

As it turned out, that question also received a quick answer. Less than a year after moving to Columbus, Hafley bet on himself and accepted the head coaching job at Boston College, a decision that allowed him to return to his roots in the Northeastern roots and giving him a chance to run his own college football program.

Hafley’s first head coaching job isn’t likely to be an easy one though. The Covid-19 pandemic is affecting every college program but few are in a more precarious position than programs like Boston College, who are now trying to rebuild a program without face-to-face meetings and without being able to recruit on their campus or in the hallways of high schools around the country.

Jeff Hafley joined Birminology to talk about those challenges, the lessons he learned from his time at Ohio State and more. Check out the video below.