My final high school homecoming did not disappoint.

It was a week filled with special moments, and it was topped off when Rockwall fans packed out the stadium Friday night. Our game was the Dallas-area game of the week, which brought out a lot of local news coverage. We put on an offensive show against a tough Arlington-Martin team, winning 45-38. I finished with a little over 200 yards and caught four touchdowns in the first half.

The homecoming festivities were put on hold for my Saturday morning meeting and film session. We began preparation to try to defeat the defending state champs, the Longview Lobos, this Friday night. This game has been circled on my calendar since we came up short against them last season. I have a ton of respect for Haynes King, their quarterback who is committed to Texas A&M, as well as their defense. I know they’ll be prepared, but we will be too. The game will be played at their stadium in East Texas, 2 hours away. The atmosphere will exude energy and excitement, and it’s what high school football is all about. I can’t wait to put the pads back on for that one.

Following film study, I got ready for my final high school dance, and I accomplished my mission of having a great time at homecoming. I danced, took plenty of pictures and hung out with friends. It seems weird to think I’ll be a college student for my next homecoming weekend, but this was a great memory-making weekend. 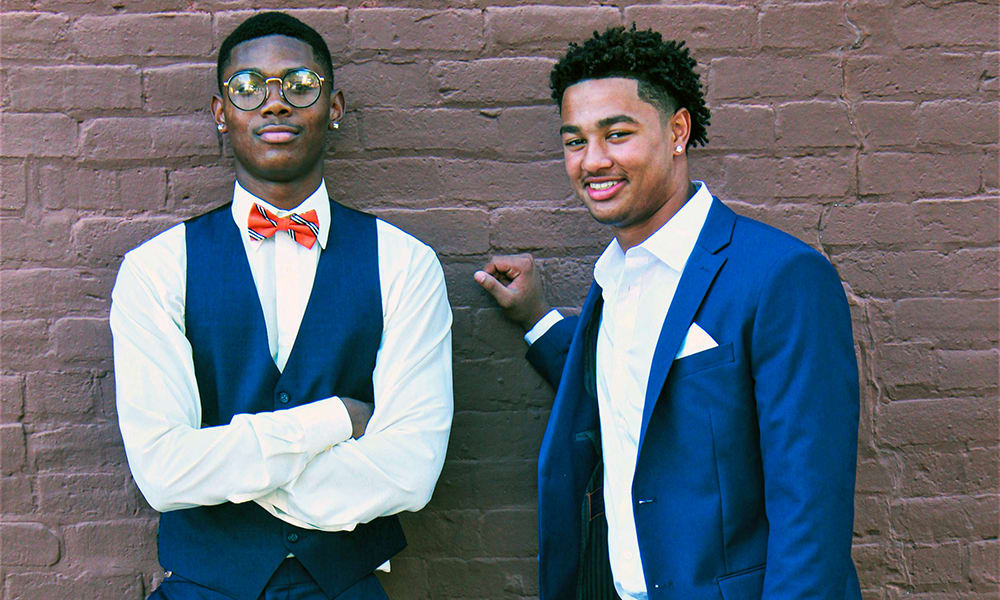 Talking about making memories, I am working with Julian Fleming, Gee Scott and Mookie Cooper to coordinate one more unofficial visit with all of the 2020 receivers to meet in Columbus for a game. It may be tough with our high-school game schedules, but we’re trying to make it happen. I think it’d be a great way for us to relax one final time before we all get to campus in January.

I wish I could be in Lincoln this weekend for College GameDay and to watch the Buckeyes in that environment, because I think it will be special. Justin Fields is throwing the ball around and the receivers are making big plays while the defense is terrorizing quarterbacks. No doubt Ohio State will dominate on their field, in front of their crowd, but it’s a stadium I am looking forward to playing in the near future.

Wish me luck on Friday and I’ll be watching the Bucks on Saturday night. O-H…