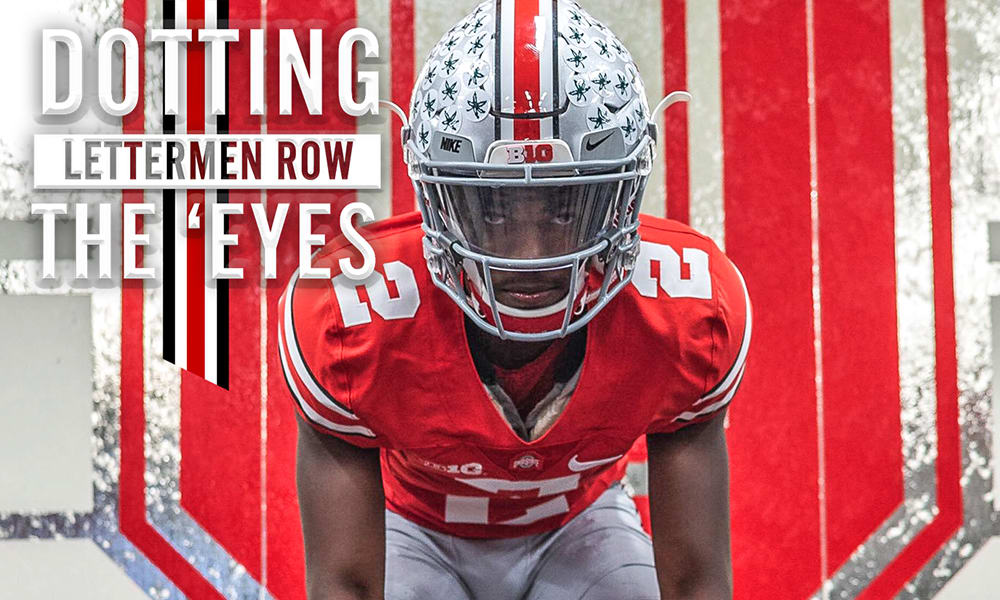 Ohio State may have lost on Fred Davis, but it should clear up the Henry Gray picture. (Henry Gray/Twitter)

Stay in touch or be left out because Ohio State recruiting is a 24-hour, seven-day-per-week obsession. What’s the latest news as the Buckeyes build for the future? Get that and more Sunday through Thursday on Lettermen Row. Tonight’s update talks with new offer Jonathan Odom and wonders how one recruiting loss can turn into a recruiting win.

On Monday night, 5-star Fred Davis, the country’s third-ranked cornerback in the Class of 2020 and an Ohio State target, committed to Clemson. The verbal pledge from Davis comes on the heels of a recent visit to Death Valley and was widely expected in the recruiting community.

Missing out on Davis may actually help the Buckeyes secure an eventual commitment from Miami (Fla.) Central cornerback Henry Gray. The country’s sixth-ranked cornerback is two weeks removed from his first trip to Columbus, a three-day visit that positioned Ohio State as a major contender for the services of Gray. Prior to that trip, he was favoring Clemson as well, and a planned trip there for its spring game last weekend didn’t happen. Rumblings from South Florida are that the Tigers and a few other schools have backed off of Gray following his Ohio State visit, believing that an eventual commitment is coming.

Despite the contention that the Buckeyes are the team to beat, this race isn’t going to be over anytime soon. There’s a visit to Georgia coming up, and other programs like Auburn, Penn State and Kentucky are going to be in the mix — as well as the hometown Miami Hurricanes.

Ohio State is in a really good position to land Gray, but I still don’t think there will be any sort of public declaration for a few months to come.

After losing out on top tight end target Mark Redman to Washington over the weekend, the Ohio State coaching staff wasted little time extending a new scholarship offer at the position.

Jonathan Odom is a 6-foot-6, 240-pound tight end at Tampa (Fla.) Jesuit and the country’s 28th-ranked player at the position. He has 34 scholarship offers and a top-11 schools list that has now been once again altered.

“Ohio State is a big consideration for me,” Odom told Lettermen Row. “I’ve been talking to [tight ends coach Kevin] Wilson and [running backs coach Tony] Alford. I’ll probably visit there next Thursday and Friday on an unofficial. Then go back on an official visit in June possibly.”

With an August decision in his sights, getting to Ohio State quickly was an important piece of Odom’s recruitment.

“I need to go soon just so I can see everything before I decide whether or not to take an official visit,” he said. “To really get a feel for the atmosphere.”

Ohio State wants two tight ends in the Class of 2020.

Wide receiver Corey Wren one to watch for Ohio State

The Buckeyes have two wide receivers committed and their sights narrowed in on a few top-tier talents to complement Jaxon Smith-Njigba and Gee Scott. But that doesn’t mean they’re sitting patiently. There are a number of big-time talents putting up eye-opening numbers all over the country — and some of those numbers are on the track, not the football field.

That’s where a young prospect like Corey Wren becomes very intriguing for a program like Ohio State that values speed over pretty much everything else. There are not many players in the country faster than the 5-foot-10, 177-pound burner.

“I ran 10.41 a week ago [in the 100 meters],” Wren told Lettermen Row. “That broke my school record and is the second fastest time in the nation currently.”

Though he plays in a veer offense that puts him at running back, almost 25 schools have offered the John Curtis (New Orleans) star, including his most recent offer from Michigan. He’s started to hear from Ohio State and receivers coach Brian Hartline and is hoping to build a relationship.

“He was very honest and upfront about everything, and I appreciate him taking his time with me,” Wren said. “He’s trying to know me as a person and a player better.”

Wren wants to set up an Ohio State visit, but track season has prevented it. The Louisiana native, who grew up an Oregon Ducks fan, has a few favorites among his early offers.

“I base everything off relationships and who wants me,” he said. “Florida State, Washington State, Kansas, TCU, Arizona State, Arizona, Boston College and West Virginia are some of the schools I’m high on.”

But he’s doing his research on Ohio State in the hopes of making a trip to Columbus.

“I’ve done a little research on their school and football program,” Wren said. “I’ve looked into their top majors also. I’m big on life after football because I know it won’t last forever. I want to go into sports medicine, because I love sports. So, any way I can stay around it, I will. That plays a huge part in my recruiting process.”

Ohio State in the top 5 for Devell Washington

Seven months ago, Ohio State was in a great spot to land Bay City (Michigan) Central receiver Devell Washington, but coaching changes and early commitments from players like the aforementioned Scott and Smith-Njigba have changed things up quite a bit.

Still, the Buckeyes remain one of the favorites for the 6-foot-4, 217-pound Washington. On Tuesday morning, he released his top-5 schools and Ohio State made the cut.

I’d like to thank all of the coaches that recruited me from some of the top universities in the country. It’s humbling that you believed in me as a student-athlete. That said, here are my top 5 schools (no order). Recruitment is still OPEN 🙏🏽#GodsPlan

The Buckeyes are chasing a handful of top receivers around the country, but the relationship between Washington and Hartline has been good for a while now. Still, it’s unlikely that his choice — if it comes soon — would be Ohio State.