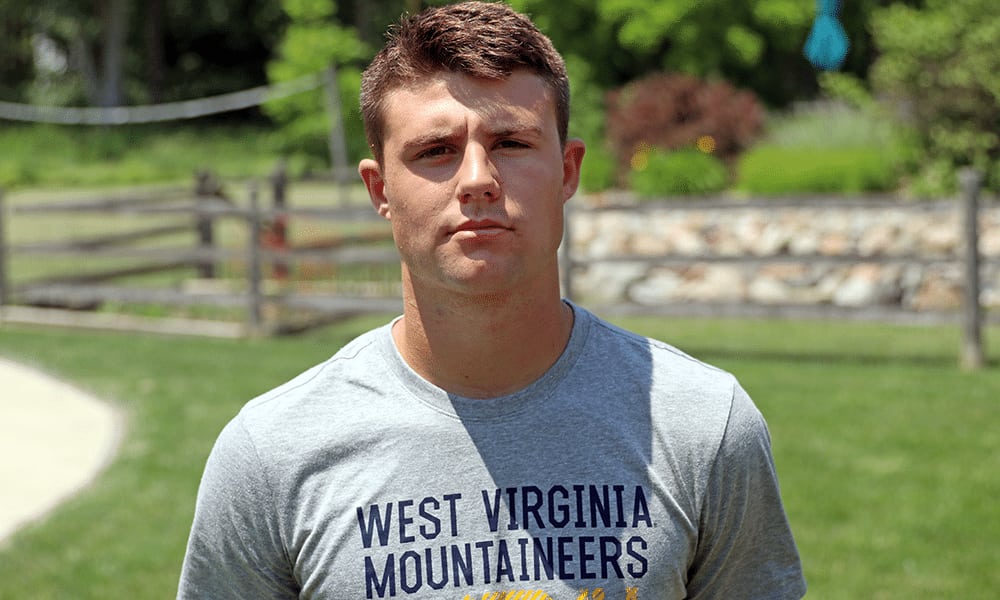 TOLEDO, Ohio — They say that all is fair in love, war…and college football recruiting.

OK, maybe they don’t say that, but they probably should. College coaches will say just about anything to a highly-regarded prospect in order to land a commitment. Sometimes though, they’ll do the exact same to keep a relationship “warm” with a player that they’re still not entirely sold on. It’s not easy to “slow play” a player who has scholarship offers from other schools, though, because there’s no easier play in recruiting than the “we want you, they don’t” approach.

It’s pretty effective most of the time.

So, in lieu of playing it close to the vest with Toledo (Ohio) Whitmer 2020 quarterback Riley Keller, Ohio State and offensive coordinator/quarterbacks coach Ryan Day took a totally different approach.

They told the truth.

“I think [Ryan] Day may have been the first to really be honest with me,” Keller told Lettermen Row. “At camps and stuff, I like to ask them what is it that holds them back from offering, to see if it’s a size thing or what. He flat out told me, after Friday Night Lights, ‘we want to see how you develop physically.'”

Keller is not small, per se. He’s 6-foot-1 and a solidly-built 205 pounds. That’s pretty much the same size as Bo Nix, a 2019 prospect that is widely consider the country’s best soon-to-be-senior quarterback. Still, he knows that schools are expecting, or looking for, quarterbacks that touch the 6’3″-6’5″ range. Especially when they’ve been labeled as a “pro-style” quarterback by recruiting services, as Keller has.

“I don’t know what makes someone a pro-style quarterback or a dual-threat,” he said candidly. “I consider myself a dual-threat. I don’t run a lot because I am not asked to, but I can if that’s what I need to do.”

The good news for college coaches? His father, Justin – the quarterbacks coach and offensive coordinator at Whitmer – is a 6-foot-4 former Division 1 college pitcher. His mother was a track and field athlete. His cousin? Ben Roethlisberger, a 6-foot-6, multiple-time Super Bowl winner. The genetics are there, so that question can be put to bed. Still, colleges look and see a “short” quarterback and they worry.

As a freshman at Toledo Whitmer, Keller was baptized by fire. In the second quarter of his first high school game, he was forced into action because of an injury to the Panthers’ starter. Keller led his team to a win and never looked back, leading Whitmer into the state playoffs each of the last two seasons.

“When he went into that first game, I told him two things,” Justin Keller told Lettermen Row. “Keep your mouth shut and don’t let anyone outwork you.”

That’s what the younger Keller, who has nine scholarship offers on the table already, including West Virginia and Iowa State, has made his approach. He picks up scholarship offers and tells no one, because he knows they don’t matter that much yet. He’s a coach’s son, so what matters to him is the work. Learning his offense, leading his team and growing as a quarterback, with a big junior and a heap of heightened expectations on his shoulders.

This month though, the hard work portion of the program – and attention paid to recruiting –  is about to kick into overdrive.

After camping at West Virginia last Sunday, Keller hopes to make a splash at Ohio State on Friday, he’ll also visit North Carolina and Alabama in the next two weeks. The summer between a sophomore and junior season is always important for a recruit, but perhaps most important for a quarterback. His relationship with Ryan Day has been good, but it’s getting better, thanks to regular conversations he’s initiated with the second-year Ohio State assistant.

“I actually just got off the phone with him right before you got here,” Keller said. “We talk pretty much every week now. Our relationship has really gotten better, and that’s what it’s about. We’re building a relationship.”

Developing a relationship with Ohio State and other programs is something that Keller can control. His height? He can’t.

To show how much he’s grown – as a player – in the last year, is something Keller is eager to do in Columbus, Chapel Hill and Tuscaloosa in the coming weeks.

“I want to show these coaches that I can do whatever the next guy does,” he said. “If they have a 6-foot-5 quarterback that can throw a comeback from the opposite hash, I need to show them that I can make every throw that any other quarterback can. Obviously, in shorts and shirts, you can’t make plays out of a busted one, but my film shows that I can do that.”

“I don’t really think there are any weaknesses in my game. I feel like I can make any throw, if you put me in pads and put 10 guys in front me. For some reason, camps haven’t been the same for me, but you need to be good at the shorts and shirts stuff. So I need to do that. If I have the ball in my hands in a real game, I think I’m as good as anyone in the country.”

The next two weeks are an opportunity for Ohio’s top 2020 quarterback to prove that.