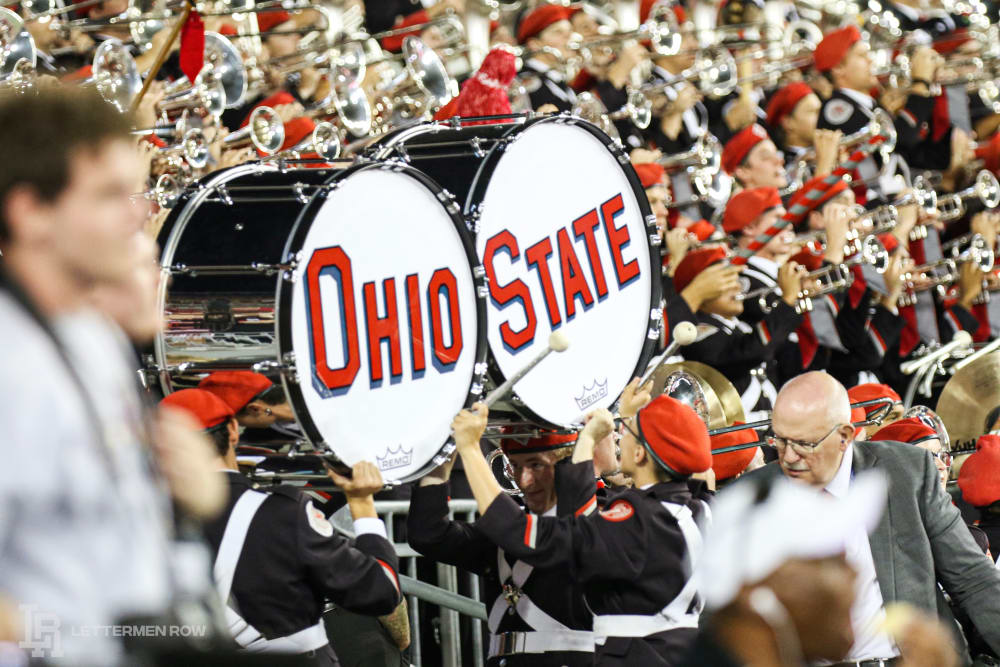 When coaches can't be as involved in recruiting as they'd like, they rely on Ohio State to sell itself. (Birm/Lettermen Row)

COLUMBUS — Every big-time recruit wants to see big-time football at a place like Ohio State.

They just shouldn’t go into those visits expecting big-time attention from the Buckeyes.

Not this weekend, anyway. Not when the Ohio State coaching staff is dialed in and trying to win a Big Ten division title against a top-10 opponent and with a spot in the College Football Playoff on the line.

No, this weekend isn’t about winning relationships on the recruiting trail. It’s about winning the season’s most important game while showcasing all the other things that make the Buckeyes one of the country’s finest programs.

“For a game like this, it’s very difficult to spend a lot of time with those guys,” Ohio State coach Ryan Day said. “There’s just so much at stake, and I think most recruits understand that.

“They want to come and feel the atmosphere, they want to see what it’s like to be here for a big game and feel that. That’s what they’re looking for, in my opinion, on a visit like this. They’re not looking for a lot of one-on-one time with the coach or to learn about our Real Life Wednesday program or anything like that. That’s not what this visit is.” 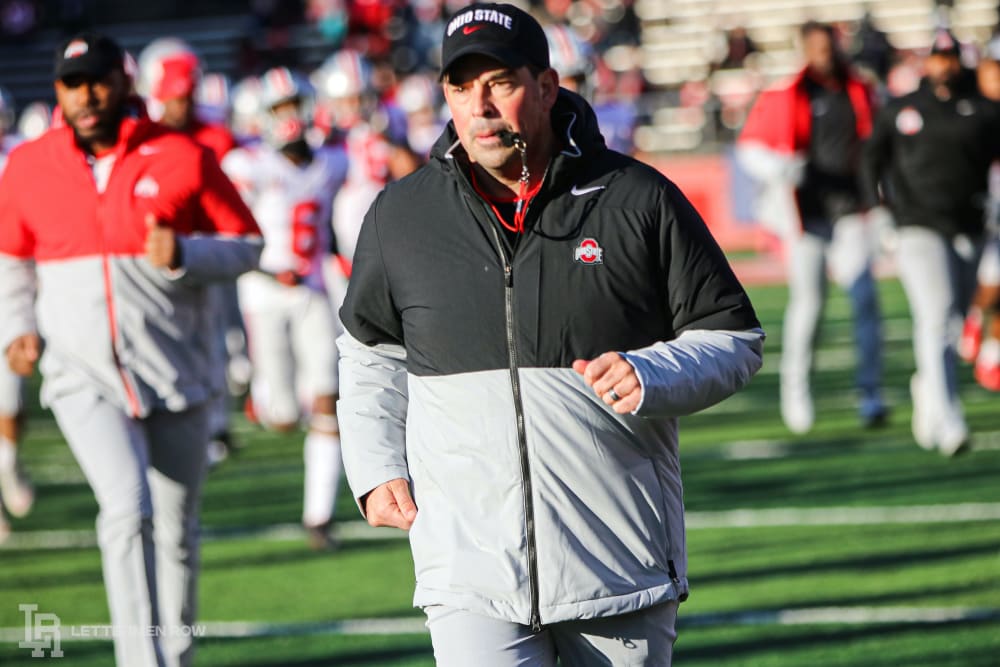 Ohio State coach Ryan Day will be locked in on winning a game against Penn State, not recruiting. (Birm/Lettermen Row)

Setting the expectation before a recruit and his family spends hard-earned dollars to arrange travel and lodging before visiting Ohio State is an important element of a recruiting weekend.

And when those expectations aren’t made clear before a trip happens, things get murky. For a coaching staff that prides itself on authenticity, it’s important to be as upfront as possible for the prospects coming into town.

“I talk to the guys every time, every visit you’re looking to check off a box, and this is a box to check off,” Day said. “[Director of player personnel] Mark [Pantoni] and our recruiting staff have got their hands full. We’ve got a lot of people coming in and they’re going to have to be really organized and do a great job. [Recruits] are just not going to get much face time [with coaches] because we’re just so focused on this game.”

Being focused on the game isn’t exclusive to Saturday morning for Day and the Ohio State coaches, though. That’s where people like Pantoni, Tori Magers and the rest of the Buckeyes recruiting machine are forced to pick up the slack.

Dozens of recruits arrive and leave throughout Friday, Saturday and Sunday. The potential to be overwhelmed is real, especially with so many potential cracks in the plan for things to fall through. Contrary to what is expected, these major visit weekends aren’t planned out months in advance, and because of travel and other things that are capable of changing almost hourly, keeping on task can be a challenge.

That’s why even if players make the trek over Friday and look to take advantage of the hours before the big game, it’s still a crapshoot. The odds of quality time do go up, though. 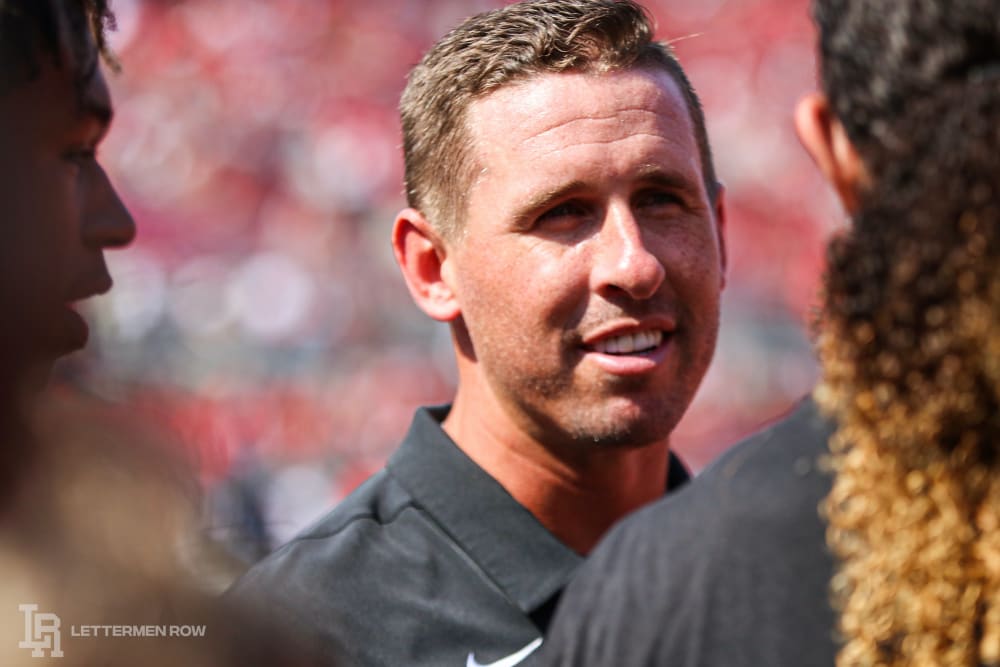 “Based on if they’re still in the playoffs and if they have a game Friday night or not, we try to get them here early,” Day said. “Sometimes it’s hard to get hotel rooms, there’s a lot of logistical stuff that everybody on the staff is working on. But even on Fridays, they’re not going to get much out of us. I have a hard time before games really focusing on talking to recruits and their families when there’s such a big game like this.

The Buckeyes program is based on a brotherhood, and that means solidarity of purpose. When everything is on the line like it is this weekend, that game against Penn State is what matters the most — not the stroking of recruits and their egos.

That’s a delicate balance to strike in this era of college football. That’s where the relationships that the Ohio State coaches have forged ahead of these huge weekends matter the most. Day is detail-focused and isn’t going to leave things to chance. Instead, the Buckeyes have been proactive in making sure everyone is on the same page.

“I think that’s on the position coaches to let them know that,” Day said.  “But we’ve also drafted up a letter to send to the people that are coming. It’s November. It’s one of the biggest games of the entire year. So, what the expectations are of this visit, we actually wrote that down and sent a letter to some of the guys.”

The biggest recruiting weekend of the year for Ohio State is here.

But for Ryan Day and the Buckeyes, the most important box to check off is a win over Penn State.