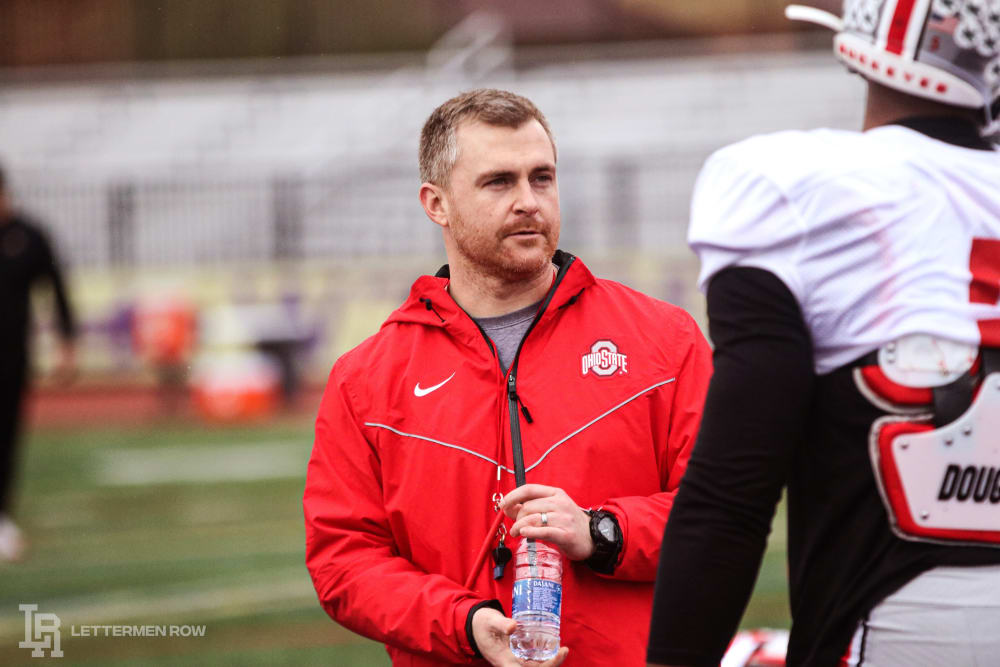 Matt Barnes picked up a punter commitment in the 2021 class. (Birm/Lettermen Row)

COLUMBUS — Ohio State has found its punter for the future, and Jesse Mirco is something of a blast from the past.

The Buckeyes are going to need to replace Drue Chrisman after he moves on from the program following next season. And they went back Down Under to fill the void.

“To Coach [Matt] Barnes and Coach [Ryan] Day, I can’t thank you enough for the opportunity to follow in the footsteps of fellow Aussie Cam Johnston and current punter Drue Chrisman,” Mirco said in his commitment post on Twitter.

Absolutely honoured to announce I have committed and accepted a full scholarship to study and play football for THE Ohio State University in 2021. @OhioStateFB #GoBucks ⭕️🌰 pic.twitter.com/qZP7EzJgXq

Mirco’s pledge gives the Buckeyes No. 18 in the class of 2021, as the Buckeyes continue to address needs and add on to the country’s No. 1 recruiting class. Chrisman will be gone after this season, so Mirco won’t have to grayshirt and will have a chance to become the starting punter as a freshman. Mirco’s commitment marks the second straight year the Buckeyes have taken a specialist in their class. Ohio native Jake Seibert signed with the Buckeyes as the kicker of the future in December as a member of the class of 2020.

But Ohio State had to look much further to find its next punter. The Buckeyes had success when they looked to Australia under Urban Meyer, as Johnston helped them win a national championship. Ryan Day appears to have noticed that and found his own Australian punter to fill a big need in the class of 2021.

Lettermen Row will have analysis and what the commitment of Mirco means for the Buckeyes from Director of Recruiting Jeremy Birmingham later.