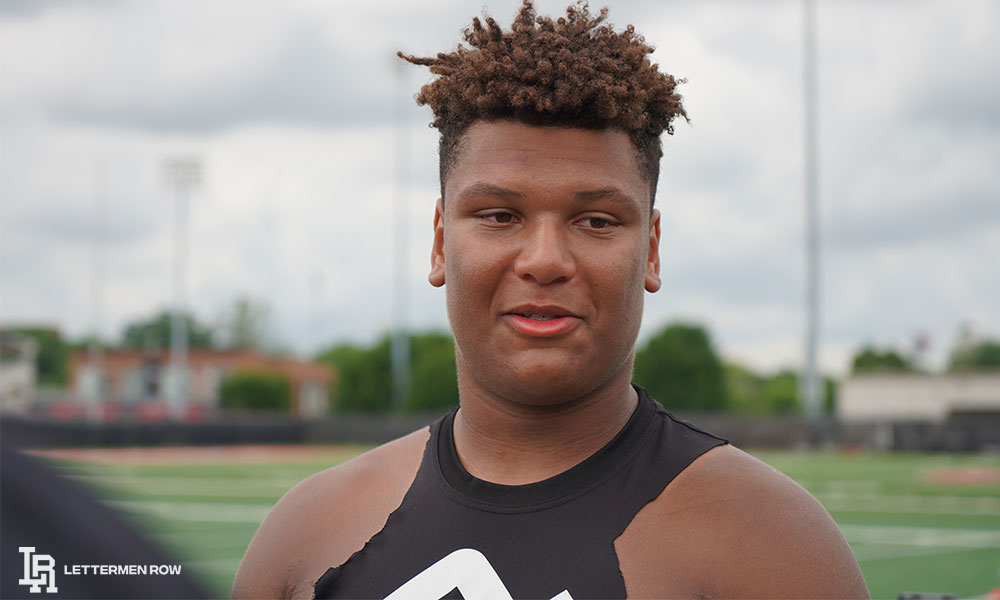 COLUMBUS — Ohio State is starting to pick up speed on the recruiting trail, providing plenty to chat about.

The Buckeyes’ latest recruiting weekend dominated most of the conversation. After nearly 16 months without on-campus recruiting, Ohio State opened up its doors this past weekend to eight of its 12 commitments in the 2022 class. Along with their 2022 commitments, the Buckeyes hosted plenty of high-ranked recruits that are on the must-get list. Those players included No. 1 offensive lineman Zach Rice, 5-star defensive end Omari Abor and safeties Zion Branch and Xavier Nwankpa.

Ohio State also picked up a commitment from 4-star wide receiver Kaleb Brown . The Chicago wideout took a one-day unofficial visit with the Buckeyes on Monday, and by the end of the day they had a verbal commitment from the 5-foot-11, 180-pound receiver.

Another conversation topic continues to be Ohio State’s one-day recruiting camps. Ohio State welcomed in 2022 defensive lineman Hero Kanu and 2023 offensive Josh Padilla on Tuesday. Each hold offers from the Buckeyes and competed in one-on-one drills.

Shemar Stewart also spent time in Columbus, taking his one-day camp visit on Wednesday. The No. 3 defensive lineman in the 2023 class went through drills with Larry Johnson. LSU, Clemson, Georgia and Miami are in the mix for the prospect.