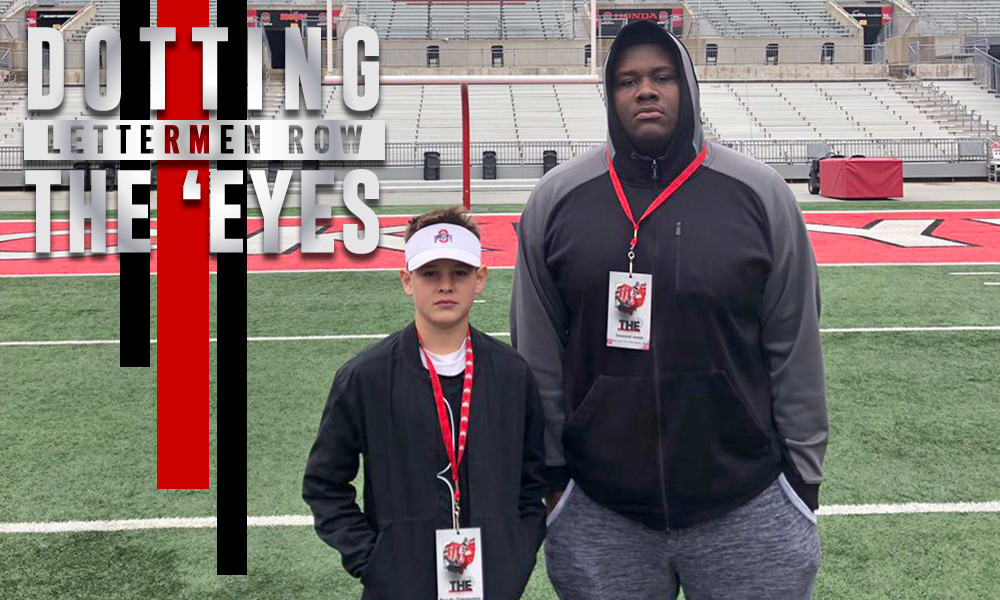 Dawand Jones will visit Ohio State as the recruiting sprint to the finish begins. (Dawand Jones/Twitter)

Stay in touch or be left out because Ohio State recruiting is a 24-hour, seven-day-per-week obsession. What’s the latest news as the Buckeyes build for the future? Get that and more Sunday through Thursday on Lettermen Row. Today’s update touches on important news for the Buckeyes and commitment Doug Nester.

The saga of Ohio State commit Doug Nester has taken another turn — and this time it’s positive for the program.

Nester, who had planned to take official visits to Georgia, Penn State and Virginia Tech before the second signing period in February, has canceled his planned trip to Georgia.

“He told the Georgia staff he was canceling,” a source close to the Bulldogs shared. “Athens is too far away. The All-American travels and all that allowed him and his family to see that first hand. He wants to play closer to home.”

That mirrors pretty closely what sources have told Lettermen Row about Nester’s recruitment for the last month, suggesting that Georgia was never truly a threat to overtake the Buckeyes. However, Penn State and Virginia Tech remain in the mix and are in line to get official visits from the 6-foot-6, 310-pound offensive lineman on the weekends of Jan. 25 and Feb. 2, respectively.

But the biggest news is that Nester will take a second official visit to Ohio State before any of that happens. The Big Ten approved for Nester to take another official visit, giving the long-time verbal a chance to see up close and personal what Ryan Day is doing with the Buckeyes. That trip will occur the weekend of Jan. 18, and I don’t think it’s a coincidence that Harry Miller will head north to visit Ohio State that weekend or that Cade Stover will also be in town for the Buckeyes.

Those two signees are closer to Nester than anyone else in the class of 2019, and the Buckeyes are hoping to get Nester back in the mix and maybe change his mind about any other visits. 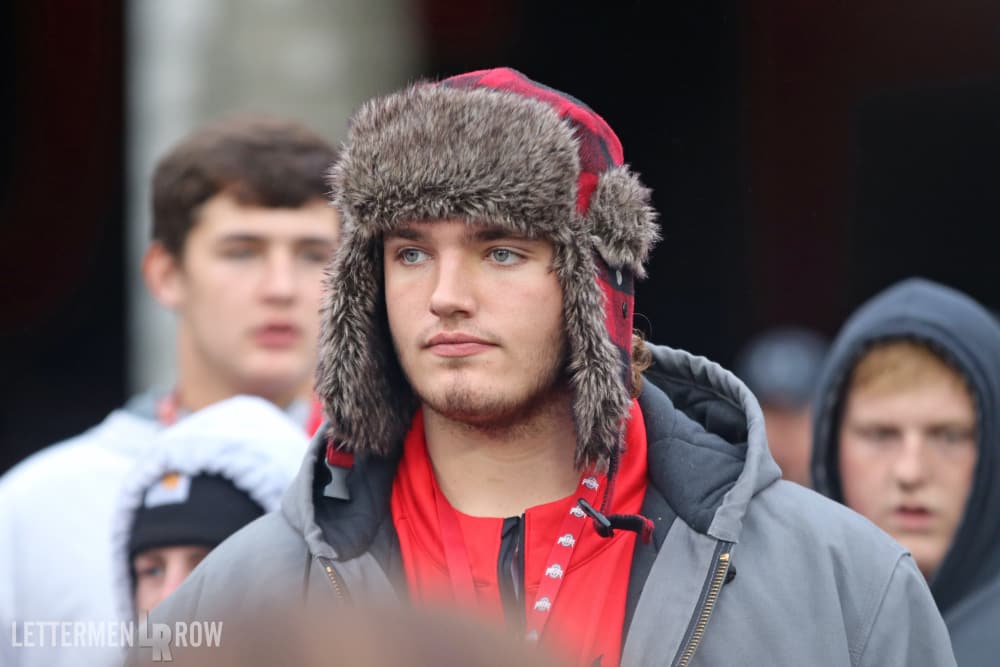 Doug Nester will be back at Ohio State for another official visit this month. (Birm/Lettermen Row)

Before Nester makes his official visit next weekend, the Buckeyes are set to host another 2019 offensive lineman on an official visit.

“This weekend,” Dawand Jones told Lettermen Row. “My mom is coming with me.”

Jones made a November unofficial visit to Ohio State, and it has recently become a major contender the recruitment of the 6-foot-8, 360-pound 3-star lineman from Indianapolis.

“They’ve got a great coaching staff,” Jones said. “It feels like home and I know [offensive line coach Greg] Studrawa is one of the coaches that can get me to the league and develop me.”

A two-sport star at Ben Davis High School, Jones has exploded onto the national recruiting scene in the last two months. He’s added offers from Ohio State, USC, Michigan, Florida State, Penn State, Auburn and Florida — and now holds 20 scholarship opportunities overall. He’s taken an official visit to USC already. and this weekend could be a major opportunity for the Buckeyes to lock him in.

“I don’t know where I want to go yet,” Jones said. “But Ohio State is very high on my list.”

Kevin Wilson has been the primary recruiter for Jones to this point, and the Buckeyes lead the 247Sports.com crystal ball predictions for his signature.

New Ohio State linebackers coach Al Washington has a fan in 2021 cornerback Tony Grimes. The No. 1-ranked prospect in state of Virginia and standout defensive back at Princess Anne (Virginia Beach) High School hasn’t heard from Ohio State yet, but he hopes Washington’s hiring will grease that wheel.

“I haven’t heard from Ohio State, but I know one of my former recruiters, Coach Washington, just now got the linebackers job there,” Grimes told Lettermen Row. “Coach Washington called my coach all the time about me. He is a good dude overall, not just a coach. He keeps it real and is about his business.”

The country’s 12th-ranked 2021 prospect, Grimes is a 6-foot, 180-pounder, and the Ohio State reputation in the Virginia Beach area has piqued his interest in the program.

“I have a lot of interest in Ohio State,” he said. “I want to take a visit up there. It would be a blessing to hear from Ohio State.

“My dad reached out to [former Buckeyes receivers coach] Zach Smith early in my recruiting, because he was our area recruiter for the 757, but we never heard back from Coach Smith. My friend Teradja Mitchell actually put in a good word for me. Teradja visits my church sometimes. That’s my dog and Ohio State lives in the 757. They offer all the top players and had guys likes Jalyn Holmes, who is friends with my brother. I’ve got to take that visit no matter what. Ohio State has always produced great defensive backs that transition well into the NFL. They’re basically a farm team for the NFL.”

There are two years left in Grimes’ recruitment, but the top-ranked cornerback prospect wants to begin narrowing down his list soon.

“I’m coming out with a top-13 [list] at the end of January or beginning of February,” he said. “I would really like to add Ohio State to my list of schools to focus on for the next 2 years.”