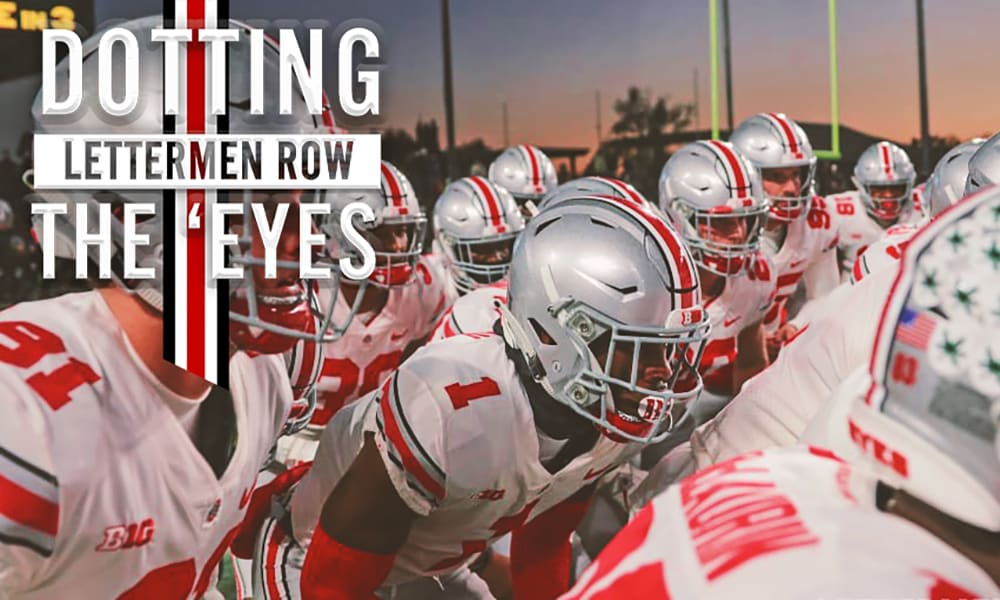 Stay in touch or be left out because Ohio State recruiting is a 24-hour, seven-day-per-week obsession. What’s the latest news as the Buckeyes build for the future? Get that and more Sunday through Thursday on Lettermen Row. Today we’re introducing a few names to the Ohio State recruiting realm for 2020, including two new offers that are worth watching closely.

There are a number of really talented young players in Ohio who have, for one reason or another, remained relatively under-the-radar as the recruiting calendar turns over to 2020. One of those players is Terah Edwards, a 6-foot-4, 310-pound two-way lineman at Groveport Madison High School, just about a 20-minute drive to the southeast of Columbus.

With offers from almost 20 schools already — including Michigan State, Northwestern, Iowa State, Purdue and Tennessee — Edwards is becoming a hot property around the Midwest. But there’s no doubt that his dream football scenario ends with an opportunity to play at Ohio State.

“I’ve always rooted for the Buckeyes and getting an offer from them would be a blessing,” Edwards told Lettermen Row. “I’m going to do everything in my power to prove myself to them.”

Edwards has started establishing a relationship with the Ohio State coaching staff, slowly but surely. There is an increased focus on recruiting Ohio, but when it comes to Larry Johnson’s position group, it’s all about who Johnson wants the most — not geography. Edwards attended Friday Night Lights at Ohio State last summer, but to this point, he hasn’t heard much from the legendary line coach. He has started to talk a bit more with new linebackers coach Al Washington, however.

“I’ve actually just been in contact with Coach Washington,” he said. “I’m going to get up got a spring practice within the next few weeks. He came in to the school a few weeks ago he said I could play and that my film was really good. He told me they were going to get me up for practice and he just sent me the spring practice schedule.”

Edwards has offers as both an interior offensive lineman and a defensive tackle, but he has no preference on his future position.

“I will play either side of the ball and I’m getting recruited on both sides, but more on offense,” he said. “I have no preference. I enjoy playing both.”

Extremely blessed to receive an offer from THE Ohio State University! #GoBucks pic.twitter.com/fODAzcGF1L

The country’s 24th-ranked offensive tackle is predicted by 100-percent of the 247Sports.com crystal ball picks to end up at Penn State, but he’s been a pretty consistent visitor and target for the Buckeyes over the course of the last year. A former tight end, Carmody has above-average athleticism for an offensive tackle and is really developing into a potential star at the position after putting on close to 40 pounds in the last year. He was a first-team all-state selection as a junior.

Aside from Penn State, Michigan and Virginia Tech are close to the top of Carmody’s list. He has 17 offers and his brother, Robby, is a Notre Dame basketball player, so expect the Irish to become a major player in his recruitment as well if they decide to offer.

Ohio State has a small group of targets remaining at the wide receiver position in 2020, but a newly offered wideout is on that list.

Jalen McMillan was offered on Valentine’s Day and two days later added the Buckeyes to his top-10 schools list.

A 6-foot-2, 181-pound 4-star prospect from Fresno (Calif.) San Joaquin Memorial, McMillan is the country’s 15th-ranked receiver and a player who caught the attention of Buckeyes receivers coach Brian Hartline and quickly become a valued target in the same realm as 5-stars like Julian Fleming, Rakim Jarrett and Marcus Rosemy.

Hartline has done an exceptional job developing his relationships in the 2020 class and will now be tasked with a game of catch-up on McMillan, who has offers from Notre Dame, Oregon and USC.

As always, the first key step for Ohio State to get truly involved in this recruitment will be to get McMillan on campus sometime this spring. That’s proven to be a difficult task for fellow Fresno-area star Kendall Milton.

Ohio State recently offered Indiana 3-star defensive lineman Deontae Craig, and though the Buckeyes are one of his self-professed dream schools, there’s no doubt that the Fort Wayne star will be thrilled by his latest offer from Notre Dame.  The country’s 23rd-ranked defensive end will very likely spend some time in both South Bend and Columbus in the next month.

Inside of Ohio, a pair of unoffered Buckeye state prospects added important offers. Trotwood-Madison 3-star cornerback Sammy Anderson was offered on Monday night by Michigan. He’s probably the top defensive back in Ohio in the Class of 2020, and he has been hearing a lot from the Wolverines. He visited the Buckeyes early in the 2018 season but hasn’t been back to campus despite staying in touch with Larry Johnson.

A little further down I-75 into Cincinnati, 4-star prospects Jaheim Thomas and Darrion Henry were both offered by LSU. Henry has an offer from the Buckeyes, but Thomas continues to wait for that opportunity as rumors of a perceived package deal with Buckeyes commit Paris Johnson gain more steam.