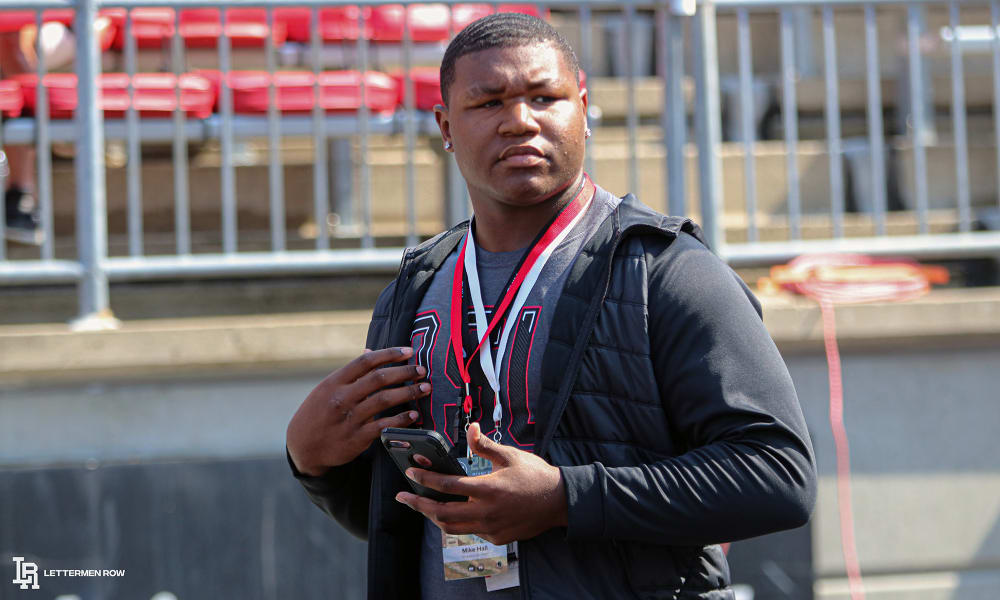 Mike Hall is a four-star defensive tackle, a top-100 prospect nationally and one of the best defensive players in the 2021 Ohio State recruiting class.

And he’s hard to stop at the 1-yard line.

Hall certainly made his impact on the defensive side of the ball, where he’ll play at Ohio State. But Friday night, Hall lined up in the backfield and bulldozed his way into the end zone for a touchdown, extending a Streetsboro lead and showing just how hard to 6-foot-3, 290-pound Hall is to stop in short-yardage situations.

Hall likely won’t carry the ball for the Buckeyes in the future, but if they need a big body to get them a yard, Hall can certainly get the job done.

C.J. Hicks showed off his versatility on special teams last week, returning a punt for a touchdown and making plays of defense. This week, Hicks was back to showing off his range at linebacker.

Despite his team’s 0-2 record to start his junior season, Hicks is having a fantastic year. The 6-foot-4 linebacker has done it all at Kettering Alter High School as he continues to shoot up national recruiting rankings.

Alter and Badin scoreless after 1. CJ Hicks here with a sack pic.twitter.com/bEFUTCZZuf

Hicks also flashed his speed on offense Friday night, carrying the ball and helping Alter to a lead in the second half, which it ultimately gave up. Hicks’ Alter team is 0-2, but the record doesn’t show how dominant the Ohio State commitment has been in the two losses. It seems like he’s only getting better.

Ohio State 2021 linebacker commit Reid Carrico, one of the top inside linebackers nationally in his class, continued his domination at Ironton on Friday night, scoring four more touchdowns in a huge win over rival Galia Academy. Carrico also had a 65-yard kick return that he nearly scored a touchdown on, a sack and a forced fumble to go along with numerous tackles.

Carrico now has seven touchdowns on the year, and the Tigers are 2-0. Want to know more about Carrico and Ironton? Check out the story from Lettermen Row here.

Colorado is now reconsidering its decision to postpone high school football, and the announcement could come this week. If the season is back, would Hart play in the fall? He appears hopeful that his senior season could be salvaged.

The three-star tight end prospect could play his season of fall high school football and still enroll early for the Buckeyes if his state’s athletic governing body decides the sport can be safely played this fall. After making a choice to enroll early instead of playing a spring season, Hart might be able to finish his career as planned before heading to Columbus.