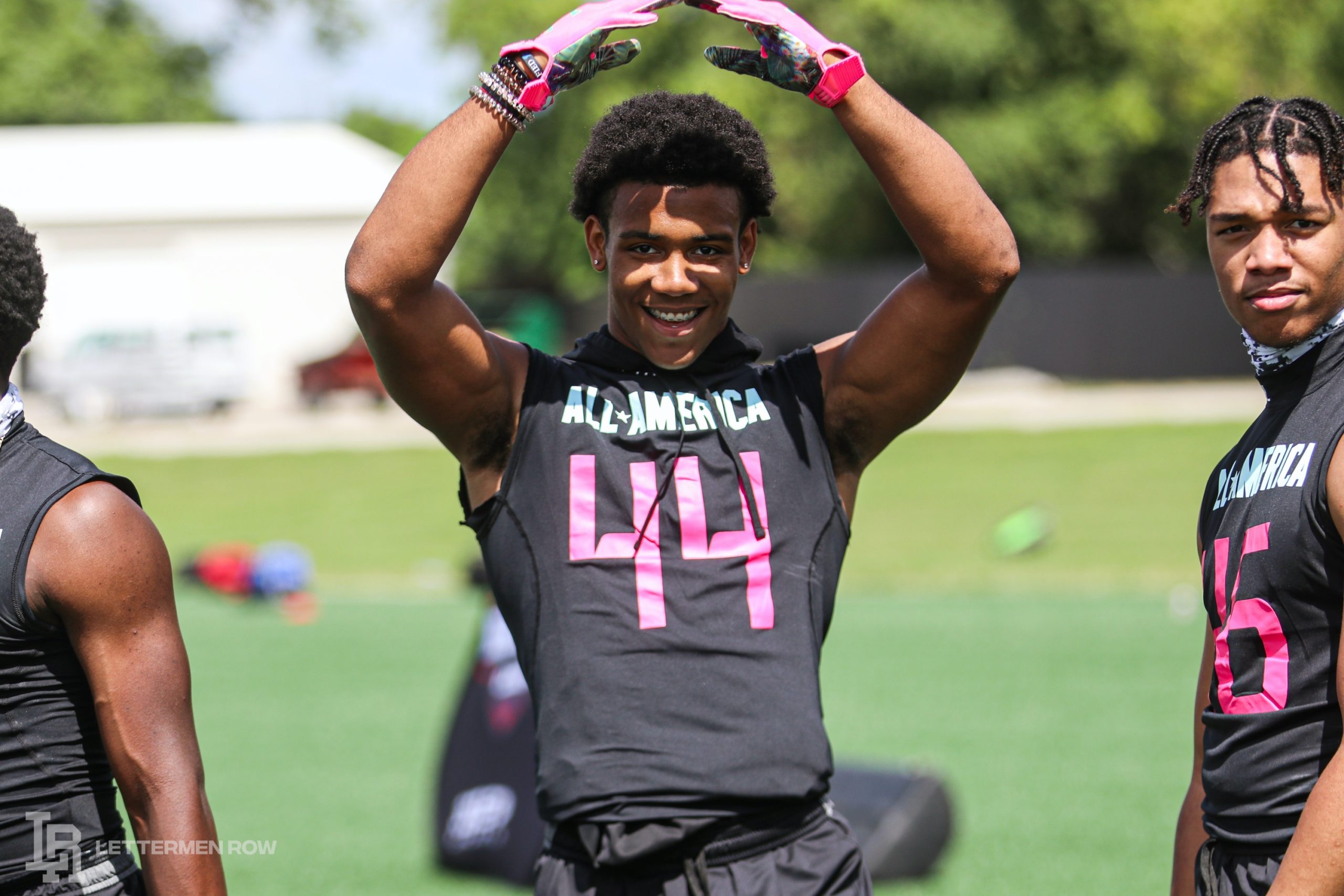 During the summer, Ohio State 2022 linebacker commitment C.J. Hicks jumped 46 spots in the 247sports.com composite rankings and gained an entire point on his composite score. It’s silly to think his rating won’t improve again when the recruiting site updates its player rankings.

Regardless of position, Hicks has become one of the best prospects in his class — and he appears to only be getting better. The linebacker and do-it-all player for Kettering Alter had his third straight incredible performance Friday night in Alter’s first win of the season.

He started the night with a sack and forced fumble in the end zone that was recovered for an Alter touchdown. Hicks nearly returned a punt for a touchdown of his own, getting tripped up in the red zone. He had an interception return for a touchdown on an impressive read in zone coverage.

He just keeps showing he can do whatever needed on the field — and he’s proving why his rating is only going to keep shooting upward.

Ohio State missed out on a commitment from Buckeyes legacy and hometown athlete Lorenzo Styles Jr., in the class of 2021 when he committed to Notre Dame. But that won’t stop the Buckeyes from recruiting his brother, 2023 safety prospect Sonny Styles.

The younger Styles has a chance to be a five-star prospect in his class, and he’s already gaining attention as a top safety in the country despite just playing three games in his high school career.

Styles only needed one game in high school for the Buckeyes to extend an offer. Now, he’s showing them just how good he can be. Styles showed off his range with an interception last weekend, and he’s gaining some serious buzz from coaches across the country.

The Buckeyes are going to be targeting Styles in the class of 2023 for a long time.

The future of linebacker play is bright at Ohio State.

Al Washington has been active on the recruiting trail since he arrived at Ohio State, and he continues to haul in versatile and athletic linebackers who can play anywhere on the field.

Gabe Powers and Reid Carrico are just two more examples of Washington’s recruiting success. Powers had two touchdowns and was everywhere on defense for Marysville in its win Friday night. He is part of the 2022 linebacker haul that includes Hicks and is shaping up to be one of the best group of linebackers in a recruiting class in a long time.

Carrico, meanwhile, had another dominant performance in a 71-0 blowout win, although he had his lowest touchdown total of the year. Carrico only had two touchdowns Friday night, bringing his total to nine in three games for Ironton.

Carrico and Ironton lost in the state title game a season ago, and he’s fighting to finally win a state championship before heading to Ohio State. He continues to impress as he racks up scores and leads the Tigers to blowout wins. While some Ohio State commits opted out to prepare for early enrollment, Carrico remains focused on playing his final high school season. And he continues to bulldoze his competition.