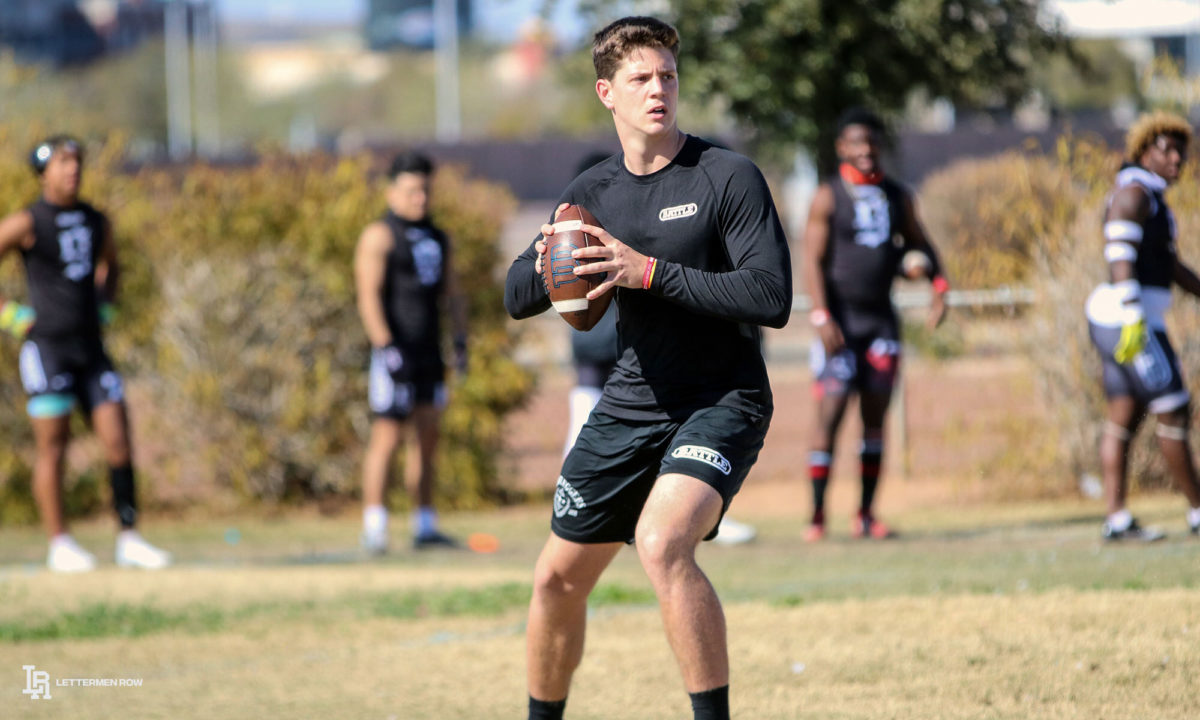 Eli Holstein is a Top 10 quarterback in the Class of 2023. (Birm/Lettermen Row)

Have a question about Ohio State recruiting? This is the place for you. Check-in daily to see what’s on the mind of Buckeyes fans all over the country. Today’s question is about the Class of 2023 and the Buckeyes pursuit of a quarterback in the class.

Who do you think will be the guy at QB for the 2023 class? Will top QBs be scared off by Ewers?

There’s a very interesting month of June coming up for Ohio State. That’s kind of a universal truth on the recruiting trail schools around the country after the 16-month dead period, of course.

But for the Buckeyes next month will present the first chance to see 2023 quarterback prospects in person and as the game’s most important position, it’s a chance at narrowing in on a top target for the first time. The Ohio State quarterback room is loaded but there’s no way to skip that position in a recruiting class but even more so with the changes in college football around transfers and legislation with name, image and likeness. Every year, every recruiting class needs a quarterback and there’s no guarantees anymore that players stick around longer than a year or two if greener pastures become available.

With C.J. Stroud, Jack Miller and Kyle McCord on the Buckeyes roster and with the country’s top 2022 prospect, Quinn Ewers, committed, Ohio State can afford to be patient as it looks for the 2023 quarterback. There are a few names around the country, like Malachi Nelson or Arch Manning, as headliners. Those two both have some interest in the Buckeyes but it seems unlikely either would choose Ohio State with its current depth situation. That’s not being “scared” off per se, but there are other big-time programs with less immediate resistance. 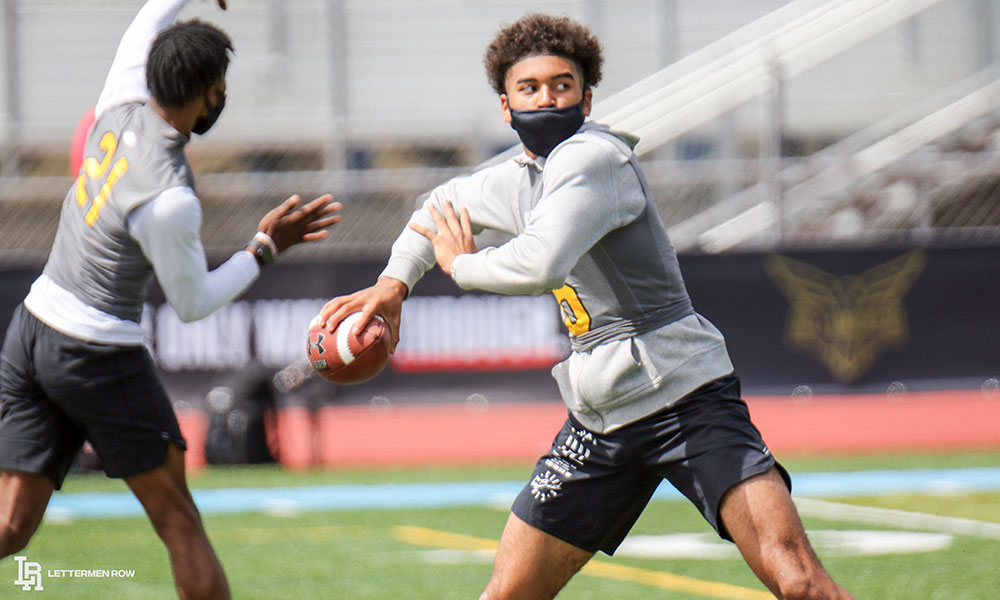 After that, it’s all about June. Eli Holstein, the No. 8-ranked pro-style quarterback will visit on June 2. He’s one of three highly-regarded 2023 quarterbacks in Louisiana, along with Manning and Rickie Collins, who is my personal favorite of the kids I’ve seen in person. Collins will make his trek north on June 22.

Cameron Edge, the No. 6-ranked pro-style quarterback, will be in town on June 8. He’s from DeMatha Catholic in Maryland and has been in touch with the Buckeyes for more than a year. Unfortunately, he only played three games as a sophomore. Dylan Lonergan from Snellville (Ga.) will be there a day later. Brayden Dorman, another 4-star quarterback, will come to Ohio from Colorado on June 22 after playing five games last season. No. 9-ranked Tad Hudson from North Carolina will camp as well.

There are going to be many other names — really good, really talented prospects — who show up throughout the month. The Buckeyes want to see them all. It may sound like a cop out right now, but it’s entirely fair and honest to say every one is in a similar position. Dante Moore is a borderline 5-star prospect who was born in Cleveland but hasn’t heard much from the Buckeyes. The Detroit resident hasn’t had much contact with the Buckeyes at all to this point. Contact rules with sophomores mean relationships are limited and there’s no urgency on the Buckeyes side to scramble right now.

The onus is on the players themselves. If a top 2023 high school quarterback wants to land a scholarship from Ohio State this summer he needs to show up and show out for the Buckeyes. That’s how someone is going to become the top guy in the next recruiting cycle.

June will see a majority of the country’s top sophomore signal callers make stops in Columbus and that’s going to be huge for Corey Dennis and Ryan Day. It’s going to be even bigger for the young players themselves.