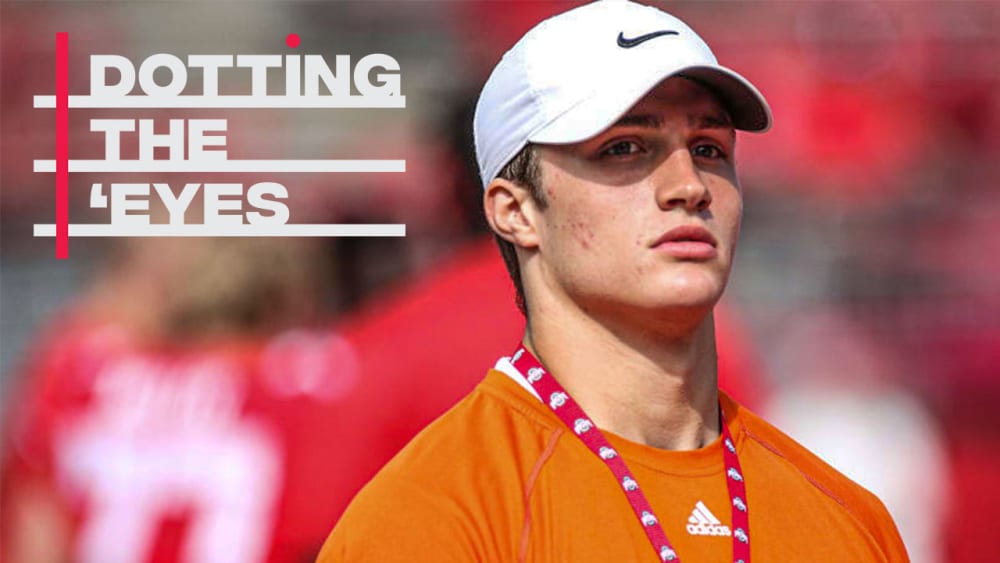 Reid Carrico is now listed as the best inside linebacker prospect in the country. (Birm/Lettermen Row)

Stay in touch or be left out because Ohio State recruiting is a 24-hour, seven-day-per-week obsession. What’s the latest news as the Buckeyes build for the future? Get that and more Sunday through Thursday on Lettermen Row. Thursday, we break down the newly-released list of potential landing spots for 4-star linebacker Barrett Carter and the ratings bump for in-state Ohio State commit Reid Carrico.

It was clear that 4-star North Gwinett (Suwanee, Ga.) linebacker Barrett Carter wasn’t going to commit Wednesday, even though he made it known an announcement was coming. It came by way of Twitter, where Carter announced his top 11 schools and shut down his recruitment from any others.

Ohio State made the cut, along with Auburn, Alabama, Clemson, Duke, Georgia, Georgia Tech, Florida, Florida State, LSU and Oklahoma. The 6-foot-1, 210-pound Carter is being recruited by linebackers coach Al Washington, who sees him filling the Bullet position in the Ohio State defense. Carter and Washington are in regular contact. The Buckeyes like where they stand with the dynamic defensive top-100 prospect.

Carter has a good relationship with Washington and the Ohio State staff, and he was impressed by what he saw when he visited Columbus back in November during the Buckeyes idle week.

“The whole time I was there, I was blown away,” Carter told Lettermen Row after that visit. “The biggest ‘wow’ moment was probably going into the locker room after the game and meeting all the players. It was very important [to visit] because I’d been just visiting schools that are close to me. So, to get back up north — I’m originally from Chicago — and see the campus was definitely amazing to do.”

Now that the Buckeyes have cracked the top 11, his recruitment will heat up as they look to finalize their recruiting at the linebacker position.

Reid Carrico is already committed to the Ohio State. Al Washington and the Buckeyes staff were so impressed by Carrico that he was able to commit in September and instantly become a key recruiter for the Buckeyes in the class of 2021.

“I’m turning into a complete recruiter now, which ironic considering I’m not a huge recruiting guy,” Carrico told Lettermen Row after his commitment. “But we’ve got to build the class into something special.”

Already in the fold for Ohio State, Carrico is seeing his position among the country’s elite defensive players rise. According to the 247sports.com composite ranking, Carrico is now the No. 1 inside linebacker in America.

The bump comes after an impressive junior season and the commitment to Ryan Day’s program. Carrico doesn’t care about the bump in the composite rankings. But he does care about making himself a better football player, which will naturally boost his rating even more as he enters his senior season as a Buckeyes pledge.

“I’m getting bigger and getting faster,” Carrico told Lettermen Row. “Right now, what I’m trying to work on is my knowledge of the game, having like a great pre-snap, you know? Football IQ stuff.

“I have a pretty good football IQ, but I want to be a mastermind, you know what I mean?”