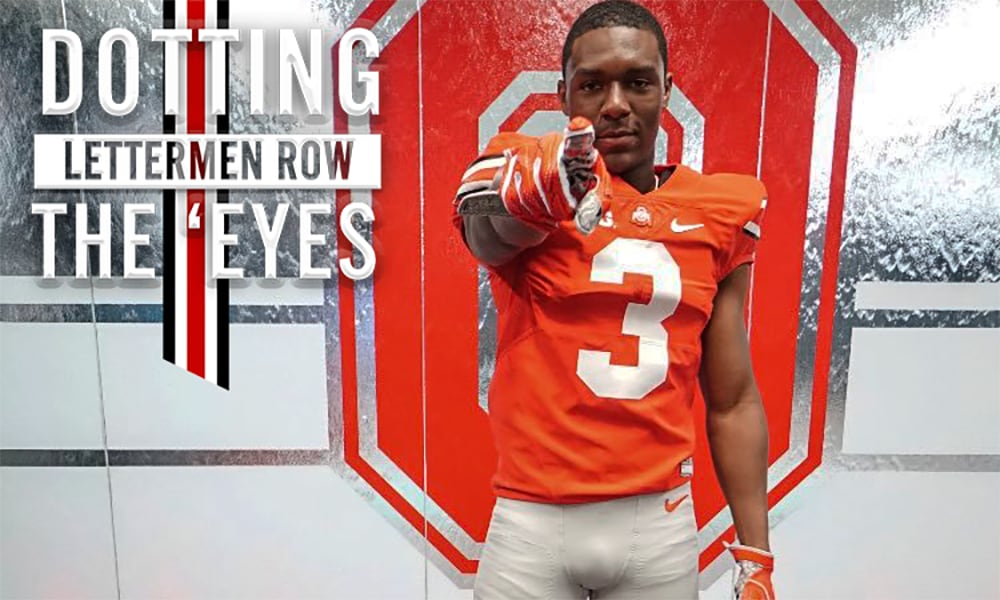 Stay in touch or be left out because Ohio State recruiting is a 24-hour, seven-day-per-week obsession. What’s the latest news as the Buckeyes build for the future? Get that and more Sunday through Thursday on Lettermen Row. Today’s update has the latest on the Buckeyes efforts at tight end and 4-star receiver who’s been hearing once more Ohio State.

Buckeyes back in touch with receiver AJ Henning

At this time last year, there were few receivers in the country with the national clout and recruiting profile of Lincoln-Way East (Frankfort, Ill.) 4-star prospect A.J. Henning. The 5-foot-10, 175-pound receiver visited Columbus last June and was blown away by his experience and the relationship he was developing with then receivers coach Zach Smith.

““It’s the total opposite [of what I’d heard], the whole academic side of it,” he said following that trip. “They really stress academics and put their players in position to be successful after football in whatever career choice they choose. … It was amazing. It definitely exceeded expectations.”

After that visit, things changed quite a bit at Ohio State and for Henning. He suffered a leg injury that cost him the majority of his junior season, and that forced a number of schools to step back and re-evaluate his potential. But now that he’s healthy and back to 100 percent, he’s seen his recruitment pick right back up.

“There was a while there that I didn’t from them as much,” Henning told Lettermen Row on Tuesday. “But we’ve been in contact a lot more lately. His message to me has been that they’re still going to recruit me and he thinks I can be that next H-back at Ohio State.”

Though he’s glad to be talking to the Buckeyes again, Henning admits that there’s some work for them to do if they want to catch back up to other programs he’s seriously considering.

“Just them showing interest that they once had, that can put them back in it,” he said. “I’m sure they will. Coach Hartline and I are talking about me coming up sometime in June.” 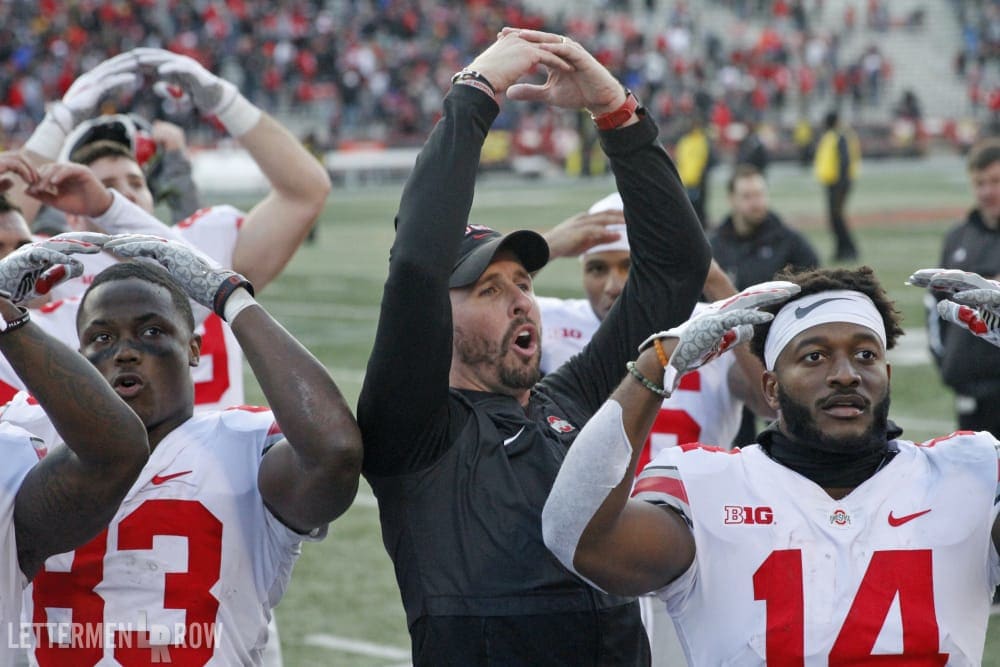 The Buckeyes hosted Florida legacy Jonathan Odom for an unofficial visit over the weekend, and the country’s 30th-ranked tight end left feeling pretty good about what’s happening in Columbus.

“The visit went better than I expected,” Odom told Lettermen Row. “My expectation was for a pretty good visit, but I ended up having a great time in Columbus. Ryan Day was great, and he’s a great offensive mind and likes to incorporate the tight end as well into his offense. Him as the head coach, I feel like he’s leading the team in the right direction.”

With 35 offers, there are few tight ends in the country with the opportunities that the 6-foot-5, 250-pound Odom has right now. And he’s taking seriously the consideration of leaving Florida, even though his family has a background there.

“The Big Ten is known for tight ends,” he said. “I’m going to be going wherever is the best fit for me. There really isn’t a push for me to stay home, my parents told me they want me to go to the best place for me and are going to be just as happy if I left Florida as if I stay in Florida.”

Odom has a couple of major takeaways from his time at Ohio State and will begin setting up official visits in the near future. He’s not decided where they’ll be, yet.

“It’s their plan for the tight end [that stands out],” he said. “Plus, they’re always in the picture for the national championship. It’s just how motivated the coaches were.”

In April, Colorado 2021 receiver Kaden Dudley visited Ohio State and has since been hoping to work himself into an offer.

“I’m trying to get an offer from Ohio State,” Dudley told Lettermen Row. “They’re one of my top-three schools.”

Dudley visited last month and was in awe of his entire experience.

“Everything was great about the trip,” he said. “Coach Hartline and [running backs coach Tony] Alford were awesome. I got to meet Justin Fields and I was there the same day as Kendall Milton. I enjoyed practice, it was an intense practice.”

So what is needed for an offer? That’s the question for Dudley, and he’s been given his answer. He’ll need to remain patient and put his work on the field in front of Ohio State. He’ll do that at camp this summer and then will need to carry that over into the fall.

“They really want me to see me play in person,” he said. “I’ll be back there for camp in June.”