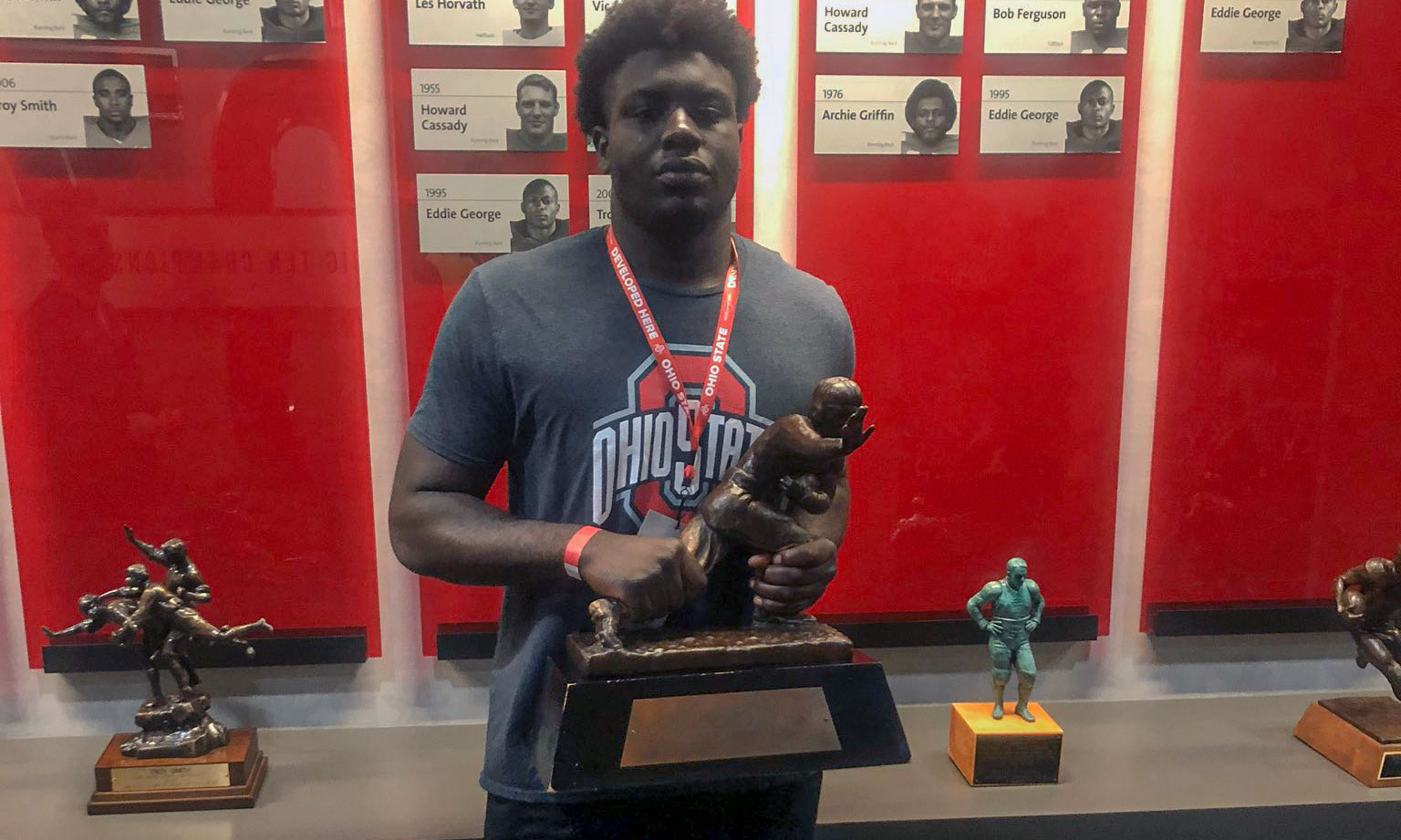 COLUMBUS — The top-ranked recruiting class in the country has taken a hit: Tunmise Adeleye has decommitted from Ohio State.

Adeleye chose the Buckeyes in April over other Florida, Miami, Texas A&M and other top programs in the South and around the country. Adeleye’s departure now leaves Ohio State with a big need at defensive end. 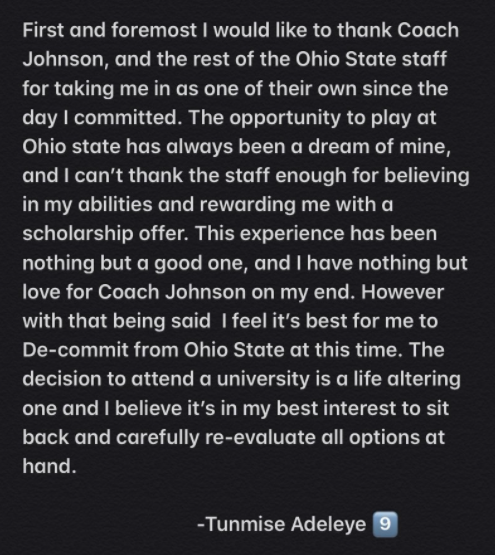 Adeleye’s decommittment leaves the Buckeyes with 18 commitments in the 2021 class. Ohio State holds a commitment from five-star defensive end Jack Sawyer, but the Buckeyes will need to reload along the defensive line. Adeleye was pegged to be a huge part of those plans.

Now with Adeleye out of the mix, Ohio State will have to find another option at defensive end in the top-rated class.

The No. 30 overall player in the class of 2021, Adeleye originally chose the Buckeyes because of the stature of defensive line coach Larry Johnson, who produces NFL-level talent every year.

“Larry Johnson is an elite defensive coach who knows how to mold not just great linemen, but men of character,” Adeleye told Lettermen Row before he committed to the Buckeyes in the spring. “It’s really simple for them to remain in my top schools moving forward. Just continue to win and continue to build a relationship with me and my family.”

With Sawyer and Michael Hall locked and loaded for Ohio State at defensive line, the Buckeyes are still aiming for top targets like J.T. Tuimoloau, with the pitch that he could be a part of a historically great group of talents if they chose to join the mix.

But that group no longer includes Tunmise Adeleye. He’s now out of the still-historic 2021 recruiting class, leaving the Buckeyes with another hole to fill on the recruiting trail in the coming months.