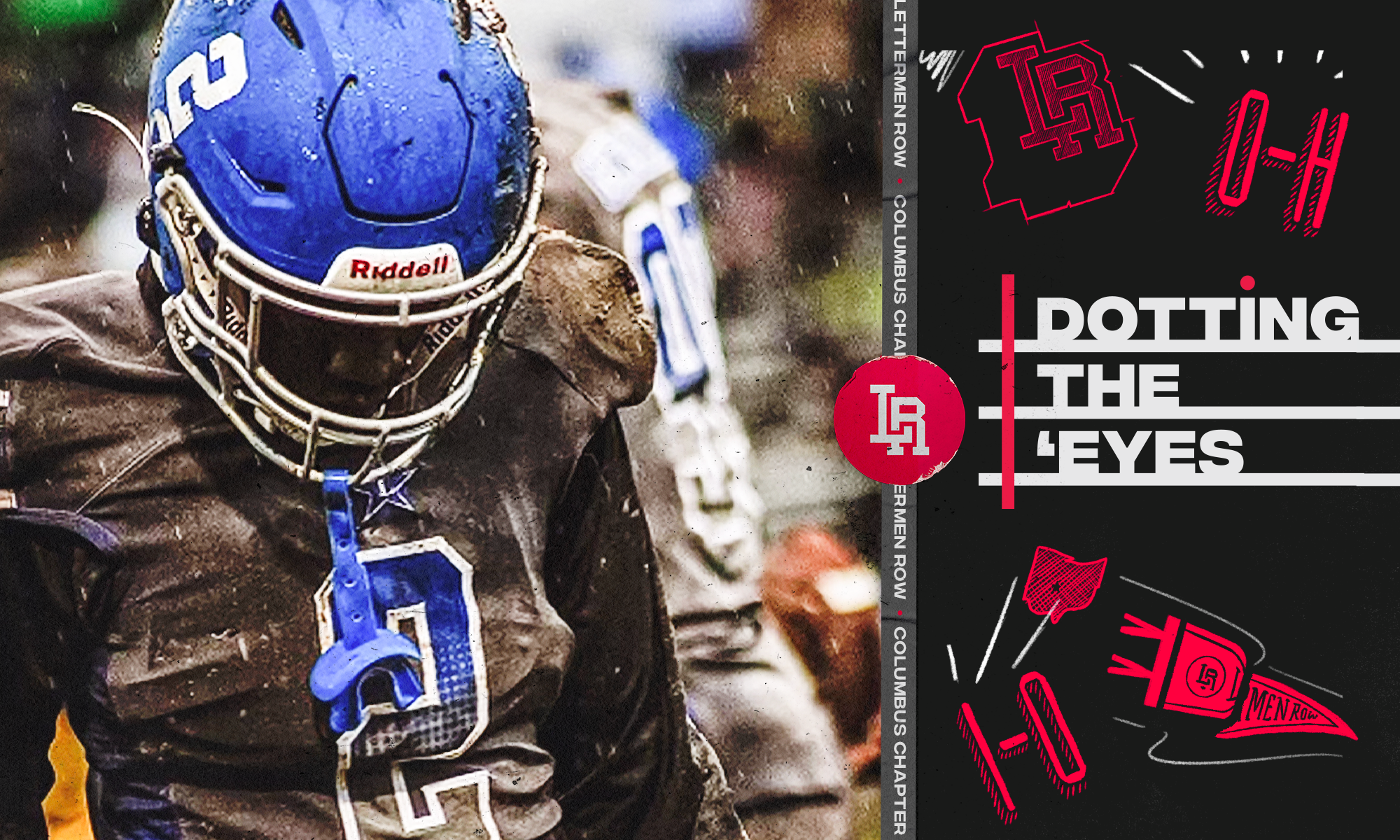 Stay in touch or be left out because Ohio State recruiting is a 24-hour, seven-day-per-week obsession. What’s the latest news as the Buckeyes build for the future? Get that and more Sunday through Thursday on Lettermen Row. Today’s notebook focuses on the Class of 2022 and an update on the recruiting plans of top Buckeyes targets.

Jaheim Singletary decision could be good news for Ohio State

On Saturday, the country’s No. 5-ranked 2022 cornerback and No. 10-ranked overall prospect will make his college decision.

Jaheim Singletary, a 6-foot-2, 170-pound defensive back from Jacksonville (Fla.) Robert E. Lee, will choose among nearly 30 scholarship offers but from a top-schools list of four: Florida, Clemson, Georgia and Ohio State.

The recruitment of Singletary, like most kids in the current world of recruiting, has been quiet when it comes to the Buckeyes. Kerry Coombs didn’t offer Florida’s second-ranked prospect until Nov. 5, but he has quickly established a real rapport with him — and been aided by Tony Alford in that cause. Coming from Jacksonville, Singletary’s recruitment has also been impacted by Shaun Wade, Tyreke Johnson and Marcus Crowley, who he is familiar with.

Singletary is also very familiar with Florida, Georgia and Clemson. Still, the efforts made by Coombs, Alford, Ryan Day and the rest of the Buckeyes recruiting contingent has swung most of the momentum in this recruitment in Ohio State’s favor.

There’s sure to be some interesting times ahead no matter who Jaheim Singletary picks on Saturday, but it’s always better to be chased than to be doing the chasing. When the dust settles on Saturday afternoon, Lettermen Row believes he’ll be wearing a Buckeyes hat and in the commitment column for Ohio State.

Then the race is on to signing day.

One player who will be particularly interested in whether or not Jaheim Singletary commits to Ohio State on Saturday could be Iowa safety Xavier Nwankpa. The country’s No. 7-ranked safety is a top target and a player that has been regularly in contact with the current group of Ohio State verbals.

On Friday, Nwankpa announced his top schools and to no surprise, the Buckeyes are very much in the mix.

Blessed to be in the position I am today. TOP 12✌🏾 pic.twitter.com/29sEoInEvQ

Though today’s announcement isn’t going to move the dial much — a top 12 isn’t really narrowing things down — there’s a reasonable expectation that the Buckeyes will be in this recruitment until its end.

Nwankpa is the top-ranked prospect in Iowa and has 22 offers. Ohio State’s Matt Barnes has been the primary recruiter working on the program’s behalf. Nwankpa joined Lettermen Row’s Birminology in November to discuss his interest in the Buckeyes and his relationships with the coaches and commits.

Ohio State has a commitment from one of the country’s top 2022 receivers already, but the Buckeyes are very interested in Kojo Antwi from Suwanee (Ga.) Lambert High School.

Antwi also recently released his top schools and again, to no one’s surprise, Ohio State is going to be a team to watch moving forward.

“Ohio State is in my top eight because of the reputation they have and the kind of program they run,” Antwi said of his list. “Also the kind of relationship I have with Coach Hartline and how much love they show me. One last thing is that I have cousins living in Cincinnati so it would be close to home.”

At some point in the coming spring make getting to Columbus a priority.

“I think Ohio state is at the top of the list they are showing that they really want me,” Antwi told Lettermen Row in December. “It means a lot.”

Another top schools list released this week comes from Tyler Booker, the country’s No. 3-ranked offensive tackle. He’s originally from Connecticut but has been at the IMG Academy since the start of his sophomore year. He’s got the potential to play as an interior defensive lineman and some schools are interested in him on that side of the ball. But his versatility and athleticism as an offensive lineman is what has Ohio State’s attention.

The Buckeyes offered in October, and though they’ve always been paying close attention to the happenings at IMG, it does look like there’s a more Buckeyes-centric feel in Bradenton right now than in previous years. Former Ohio State linebacker Pepper Johnson is running the Ascenders defense and Devin Fuller, the brother of Jordan Fuller, is working for the program. So too is Chris Dennis, the brother of Buckeyes quarterback coach Corey Dennis.

It’s a good idea to recruit IMG, and Ohio State is in a good position there moving forward.

Don’t expect Ohio State to be pick for Tristan Leigh

Jaheim Singletary isn’t the only player committing on Saturday. It’s Declaration Day for a number of players who would be playing in All-American games this weekend in a normal year.

One of those players is Tristan Leigh, a 5-star offensive tackle from Virginia who has continued to have Ohio State on the periphery of his recruitment while making visits to Clemson, Oklahoma, LSU, Florida and others. He’s been to Columbus once, in November of 2019, but not since. Despite the fact that the Buckeyes hadn’t given up in his recruitment, there’s absolutely no reason that Ohio State should be expecting him to say yes to Ryan Day’s program on Saturday.

It’s time to officially put that hope to bed. Leigh will commit somewhere on Saturday, but it won’t be Ohio State.