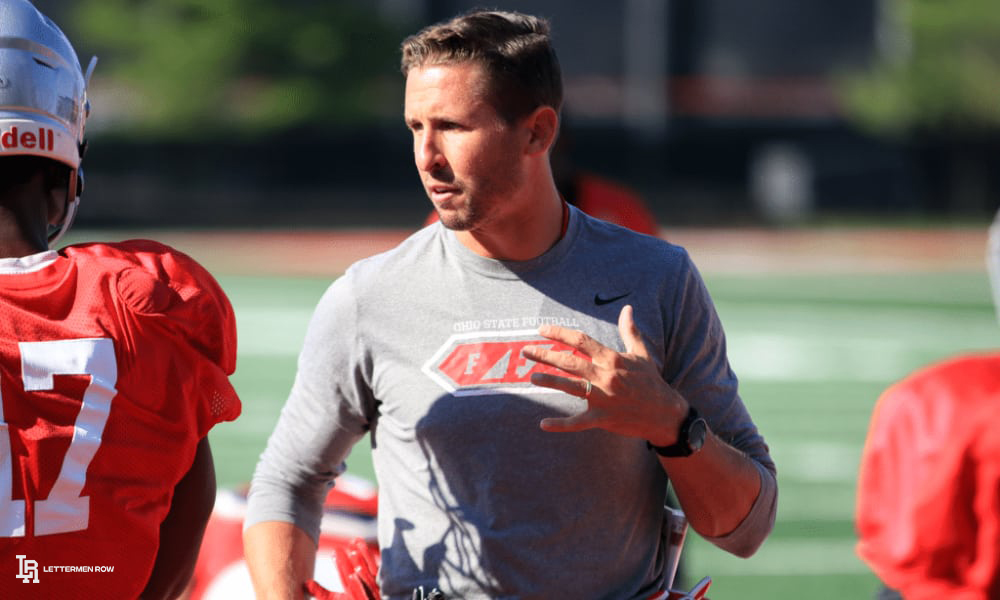 Brian Hartline's efforts to recruit Emeka Egbuka have not subsided at all over the last year and a half. (Birm/Lettermen Row)

Have a question about Ohio State recruiting? This is the place for you, five days a week. Submit your questions on Twitter or on the Lettermen Row forums. Check-in daily to see what’s on the mind of Buckeyes fans all over the country. Tuesday’s question is about 5-star wide receiver Emeka Egbuka.

Any updates on Egbuka?

If it seems like there’s a request of this nature every few weeks in the Lettermen Row Recruiting Question of the Day series, it’s because no uncommitted 2021 recruit has been on the minds of the Buckeyes longer than 5-star wide receiver Emeka Egbuka.

The nation’s top-ranked senior receiver has been priority No. 1 for Ohio State for more than 18 months now. The Buckeyes are the perceived leader in his recruitment, but Oklahoma and Washington continue to hang around — and Egbuka has remained relatively mum about it all.

Long story short? Not much has changed over the last few months since the NCAA-mandated dead period began in March, effectively bringing the intrigue around Egbuka’s recruitment to a halt.

But in the calm, there is consistency. That’s potentially a good thing for the Buckeyes.

The relationship Brian Hartline has with Egbuka and his family is the best of any he has, despite the efforts of Caleb Williams and the Oklahoma coaching staff. Ohio State has an advantage when it comes to academics and the Life after Football piece over the Sooners and the Huskies as well. He’s been to Columbus twice for visits. He’s not yet been to Oklahoma, but Egbuka continues to insist that has to happen before he’s ready to make a college decision. 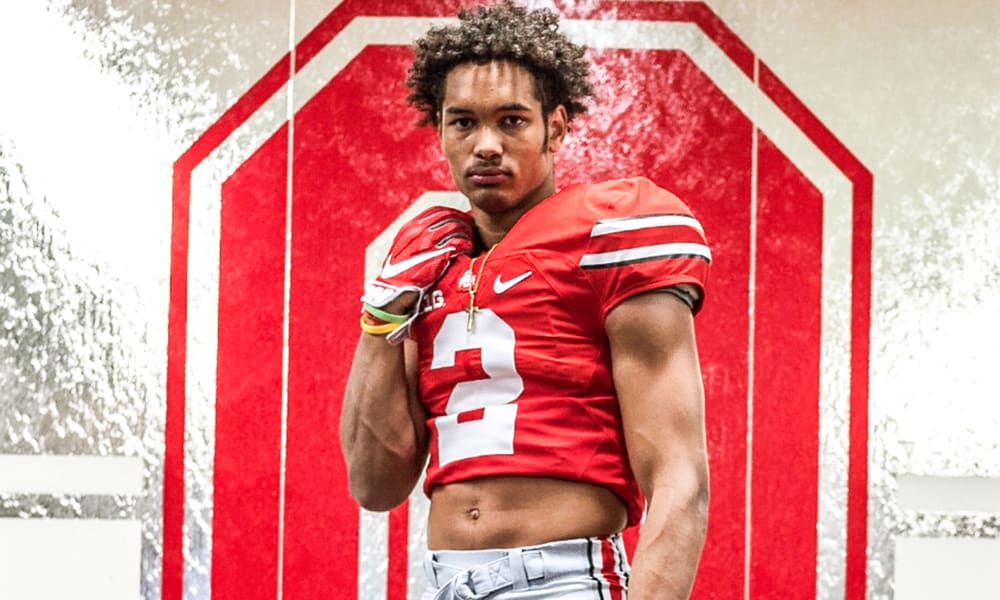 Ohio State is hoping to see Emeka Egbuka in the Scarlet and Gray for good in the near future. (Emeka Egbuka/Courtesy)

Signing day, though, is coming. True unofficial and official visits are both off the table until at least April. The 6-foot-1, 195-pound dual-sport athlete is leaning toward signing in December and could still opt for early-enrollment as the odds of spring football being played in Washington continue to shrink. The point? There’s not a whole lot of time to get to Oklahoma before signing day. That, too, works in Ohio State’s favor.

Recruiting in this cycle is a crapshoot in a lot of ways, but there are some things that are still ringing true. Comfort and relationships still matter the most. Ohio State hasn’t panicked and offered any other receivers in 2021, and that’s another fairly telling sign. Sure, that could be an indication of their contentment with Jayden Ballard and Marvin Harrison, but it’s also likely reflecting the belief that they’re positioned well for Egbuka because they want three receivers in 2021 and were willing to let Markus Allen, a talented in-state receiver, head to Wisconsin recently without much of a fight after doing some serious evaluation on him in the last two months.

For Ohio State and Emeka Egbuka, things have been pretty much the same for the last year. That’s not a bad thing at all.