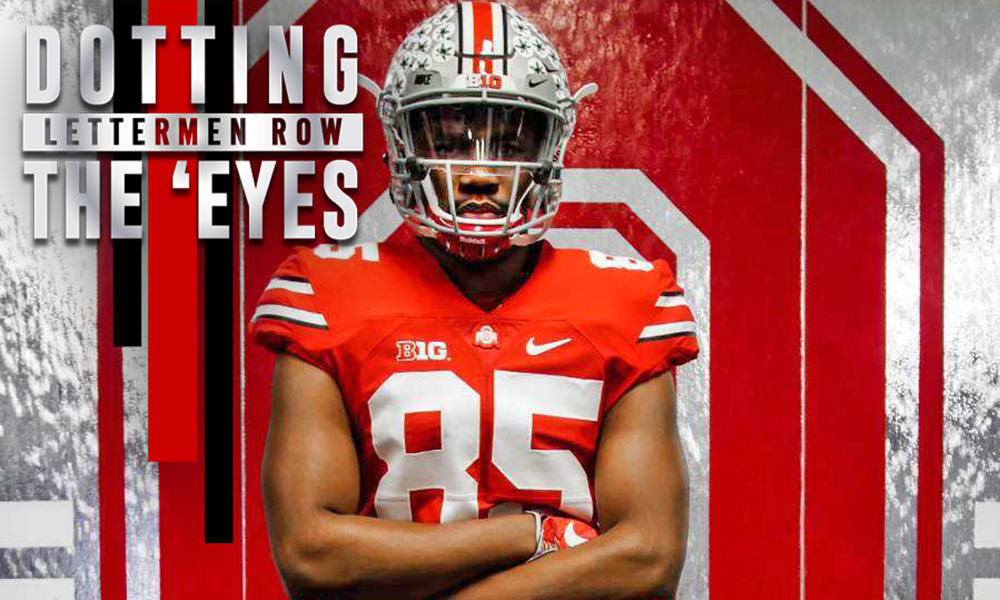 Stay in touch or be left out because Ohio State recruiting is a 24-hour, seven-day-per-week obsession. What’s the latest news as the Buckeyes build for the future? Get that and more Sunday through Thursday on Lettermen Row. Today’s update centers on the latest development in Doug Nester’s recruitment, an introduction of Najee Story and an update with Darrion Henry.

Nester, who committed to Ohio State in August of 2017, made an official visit to Virginia Tech over the weekend. The word from Columbus on Sunday was that Nester’s recruitment seems to have taken a definitive turn away from the Buckeyes.

Unexpectedly, it’s the Hokies who have emerged as the landing spot for the 6-foot-6, 310-pound Nester. And if there is a scarlet-and-gray lining, that’s somewhat good news because for weeks the buzz was primarily that Penn State would be the team most likely to flip him away from Ohio State.

There’s been no public announcement from Nester and one is not expected. There’s time to try to change his mind, of course, but very reliable sources close to the program feel this won’t land in Ohio State’s favor.

Ultimately, I don’t think there’s a single thing Ohio State could’ve done different over the last two months to keep Nester in the fold. There were signs months ago that he was questioning his choice, and the Buckeyes worked their tails off to appease him and his concerns. One recruit will never make or break a recruiting class, but if this ends the way it appears it will, there’s no skirting the importance of the loss.

The Buckeyes wanted to sign five or six different offensive linemen in the Class of 2019 and now risk finishing up the cycle with just two, barring the outcome of this week’s decisions by Enokk Vimahi and Dawand Jones.

The Buckeyes got their 2021 recruiting class off to a fantastic start when future 5-star defensive end Jack Sawyer committed to Ohio State.

Sawyer visited the Buckeyes over the weekend and was on campus with another 2021 in-state defensive end who has quickly become a major name to know for Ohio State fans: Najee Story. He was offered by the Buckeyes a week ago — and is still in shock about the offer.

“I’ve been watching Ohio State my whole life growing up in Ohio, and for them to offer me is just incredible,” Story told Lettermen Row. “This offer was definitely huge. They’re basically my dream school and just knowing how good they’ve been recently added to that ‘wow’ factor.”

The 6-foot-4, 220-pound Story visited Ohio State in December for a bowl practice, and the Solon prospect was back in town for a key weekend in Columbus.

“I only watched the practice the first time,” Story said. “I talked with some coaches briefly before but this was way more in-depth. I spent a lot of time with [Ohio State defensive line] Coach [Larry] Johnson.

“I really liked him. He seems like a great guy that cares for his players. He just said that he thinks that I can be a great player there and that he would develop me to be able to compete.”

There was some talk heading into the weekend that Story could bring his recruitment to an early end, and while he didn’t do that, his recruitment almost has the feel of inevitability that he will end up eventually picking Ohio State. Right now, he’s more focused on rehabbing a broken leg that prematurely ended his sophomore year.

“I didn’t commit,” he said. “I’m really new to all this recruiting stuff, so I’m going to see how everything plays out. Right now, I just want to work on getting back onto the field.”

The weekend in Columbus was not just about extremely athletic 2021 defensive ends, though. It was also another opportunity for Ryan Day and Ohio State to spend time with key members of the 2020 class in Ohio — and there’s not a more important uncommitted prospect right now than Cincinnati Princeton’s Darrion Henry.

Ohio State is not taking the recruitment of Darrion Henry for granted. (Birm/Lettermen Row)

Henry, Ohio’s second-ranked player behind commitment Paris Johnson, said this weekend’s visit to Ohio State was important for him as he gets to know Day better. He spent time with the coach and also was seen at the Buckeyes basketball game with Johnson, his Princeton teammate Jaheim Thomas and assistants Larry Johnson and Greg Mattison.

“It was pretty fun,” Henry said. “It was just great to finally sit down and hang out with Coach Day.”

The Buckeyes have prioritized in-state recruiting in the last month, and the dedication to recruiting the 6-foot-6, 260-pound Henry illustrates that.