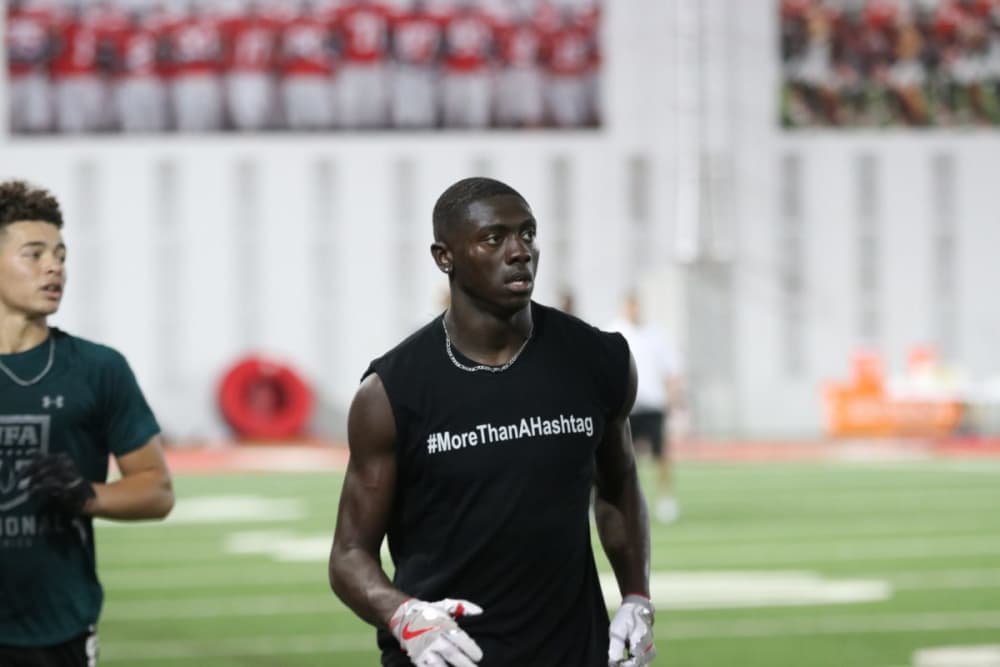 COLUMBUS — There wasn’t much else Craig Young could show Ohio State. Now the program is just going to have to figure out where exactly to line up the 3-star athlete from Indiana once he arrives on campus as part of the Class of 2019.

Young lined up at every level defensively during the one-day camp with the Buckeyes on Tuesday at the Woody Hayes Athletic Center, and he even mixed in some reps at wide receiver for good measure. If there was any doubt on the Ohio State end about his potential, that was cleared up during the workout. And with that performance behind him, Young made his intentions to come back and be a part of the program official.

The Wayne High School product (Fort Wayne, Ind.) continued the summertime recruiting momentum for the Buckeyes, who picked up a pledge from 4-star offensive lineman Harry Miller on Sunday. Ohio State now has 11 verbal pledges in the growing recruiting class that is steadily climbing the national rankings.

Young didn’t boast the longest offer list with just nine teams currently vying for his services, but he’s been well known regionally with Wisconsin, Iowa, Michigan State and Purdue among the programs who have pursued him within the Big Ten. Listed by recruiting services as a wide receiver, Young’s camp visit hinted the Buckeyes might see a future for him on the other side of the ball — and he impressed whether working out on the defensive line, linebacker or in the secondary.

The campus visit was certainly worthwhile for Young to show off what he can do. And now he’s going home as the newest commitment for the reigning Big Ten champions.