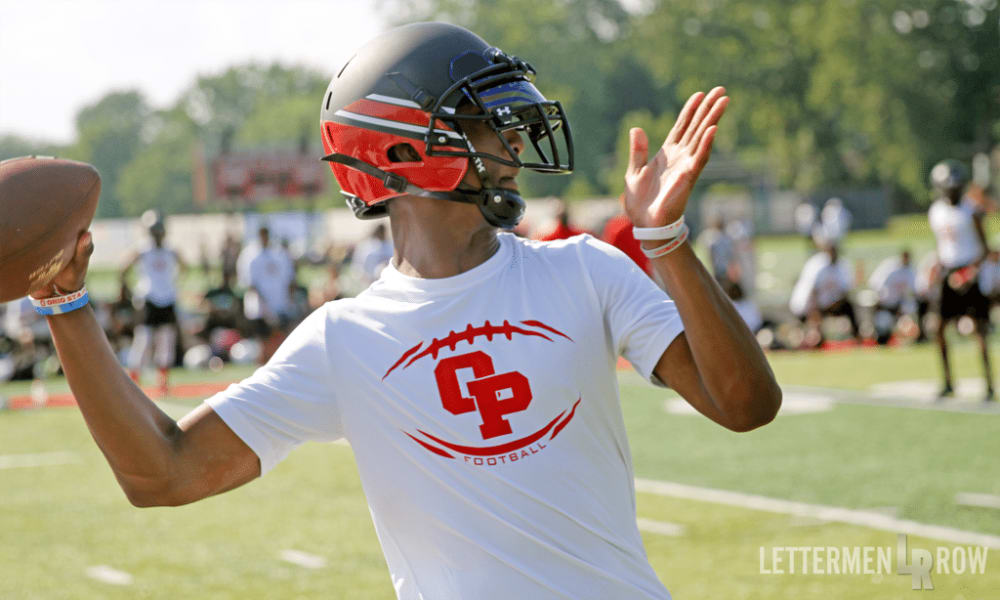 Dwan Mathis is firm in his commitment to Ohio State. (Birm/Lettermen Row)

Justin Rogers news might be good for Ohio State

Commit coming soon📝 do not ask me why

Everyone believed that finally this was the commitment that Rogers has been hinting at for more than a year. In fact, sources in Georgia indicated that a decision was coming for Rogers, and that it was going to include a commitment to the Bulldogs.

Apparently that’s not happening, per Allen Trieu of 247Sports.com and confirmed by Rogers to Lettermen Row.

Ohio State has been a favorite for Rogers for months, but all recent speculation has tied him to Georgia. Any delay in his decision is good for the Buckeyes, who can be much more aggressive in their pursuit of him after Sept. 1.

Of course, a lot of other schools will have that chance, too. As I wrote last week, when it comes to Rogers, there’s a long road to signing day and it appears that he’s back to a late-decision plan.

Ohio State commitments and the solidity of their verbal

As we attempt to move on from the Ohio State mess over the last month and prepare for the current recruiting dead period to end next week, I figured it’s as good a time as any to put it all together.

Where does each current Ohio State commitment stand with the Buckeyes? Are there any concerns or worries about decommitments or flips?

So there you have it. All in all, things went pretty well for the Buckeyes on the recruiting front in the last month. They certainly could’ve gone significantly worse. There’s a lot of credit due to Ryan Day, Kevin Wilson, Brian Hartline, Greg Studrawa, Greg Schiano, Larry Johnson, Alex Grinch and Taver Johnson for the effort they put in to provide stability for the 2019 class amid a tumultuous time. They’re not out of the woods yet, but Urban Meyer will be the one answering those last remaining questions when he returns officially.

In the Class of 2020, it is not the coaches keeping things together so much as it is relationships between the commits themselves.

There’s a long way to go before all the ramifications of this mess are known. But for now, Ohio State is working toward a return to normalcy and they’re doing it with the same recruiting classes coming out of the fog as they went in with. That’s pretty impressive.

Who will be the next 2019 prospect to commit to Ohio State?
REPORT: Kane Patterson, 4-star linebacker from Nashville, decommits from Ohio State
Advertisement