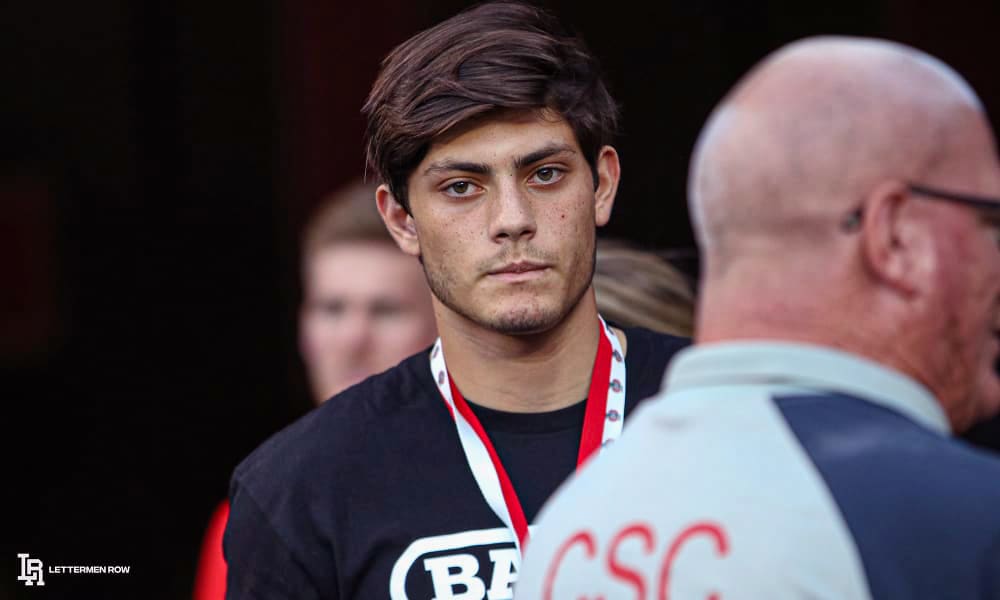 Have a question about Ohio State recruiting? This is the place for you, five days a week. Submit your questions on Twitter or on the Lettermen Row forums. Check-in daily to see what’s on the mind of Buckeyes fans all over the country. Thursday, we take a look at Troy Stellato’s recruitment and the upcoming battle between Ohio State and Clemson.

Any news on troy stellato on Ohio state recruiting him still

The Cardinal Gibbons standout has become one of the country’s most sought-after receivers in the last six months, though as he remains Florida’s No. 55-ranked player in 2021, the numbers have not yet been updated to reflect his new national recruiting status.

The nation’s No. 95-ranked receiver according to 247Sports.com, Stellato may very well be ranked No. 1 for the Buckeyes at this point — and has been for much of the last year. The 6-foot-1, 175-pound Stellato has been to Ohio State three times since last spring, and for a while it seemed that a commitment to Brian Hartline and the Buckeyes was inevitable. Many close to the program in Columbus and close to Stellato’s recruitment believed it was imminent at multiple times toward the end of last year, but Stellato wanted to slow things down and make sure he saw everything he wanted on the recruiting trail.

Among the places Stellato wanted to see? Florida, LSU and Clemson. He’s not yet made it to LSU, but he has made it to Clemson. And in the short period of time since that mid-November trip to see Dabo Swinney’s program, things have changed a bit. Stellato has become as much a priority for the Tigers as he has been for the Buckeyes, and the battle between two of the country’s most prominent programs has gone full-speed ahead since.

In the last month, Notre Dame, Texas, Michigan and Texas A&M have offered, hoping to throw a wrench into what is almost assuredly going to finish up as an Ohio State and Clemson battle. There has been discussion about visiting the Longhorns this spring and about a potential trip to South Bend as well. If that happens, it’s likely Stellato would also mix in a visit to Michigan and then probably Ohio State as well.

At least that’s what the Buckeyes will hope for in that scenario. Ohio State has two receivers committed in 2021 already, but so does Clemson. Each school is now in a position where the push for any prospect at the position is going to be very specific.

No one is higher on the list of priorities for the Buckeyes and Hartline than Stellato. Ohio State is absolutely still recruiting him, and so is every other big-name program in America. No decision is expected from Stellato anytime soon, so expect this fight to head into the summer and be settled by a couple of key official visits.

Hartline saw that JSN was a diamond in the rough over a year before anyone else. I think he did the same thing with Stellato.

Definitely agree with that. Buckeyes been involved here a lot longer than anyone else and I think it’s because Hartline maybe sees some of himself in Stellato, too.

Where do you see this ending up? Obviously a guess but an educated one.

Still think relationships are best with Ohio State, so my belief is still that he picks Buckeyes eventually.

You think Stellato is higher on the board than Egbuka?!

I think either one would be welcomed but I think odds are higher for Stellato, therefore he’s a little higher on the list. How good chances are to land a player certainly changes their importance.

IMO the recruiting situation is ever one of a changing equation, not adding/subtracting a quantity.