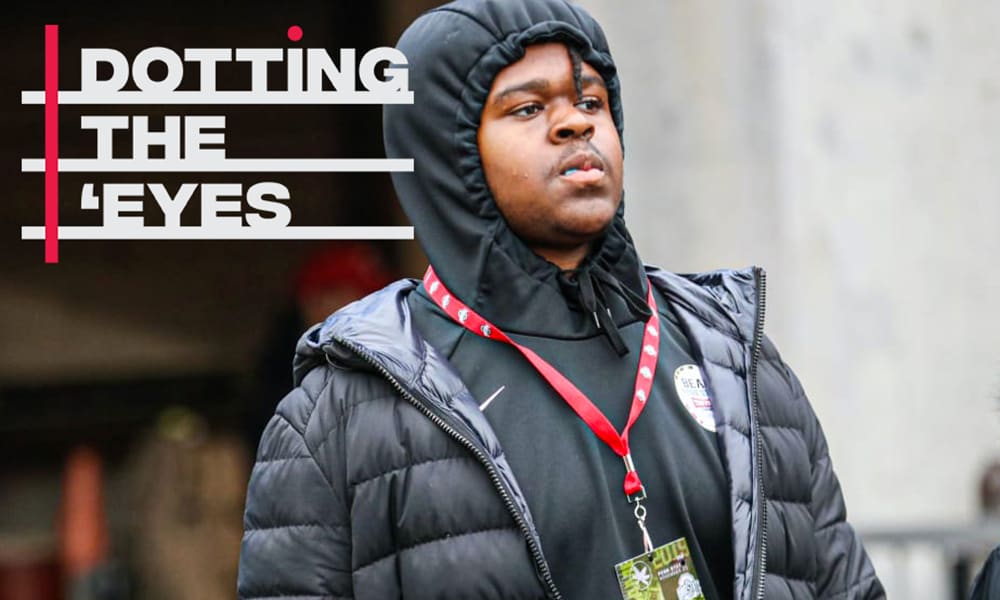 Stay in touch or be left out because Ohio State recruiting is a 24-hour, seven-day-per-week obsession. What’s the latest news as the Buckeyes build for the future? Get that and more Sunday through Thursday on Lettermen Row. Sunday, we check in on the latest rumors with 5-star running back Zach Evans and break down the Top 10 of defensive lineman Marcus Bradley, whose list had an unexpected omission.

The country’s second-ranked 2020 running back has still not made a decision on his college choice. And because of that, the conversations and rumors about Houston 5-star Zachary Evans continue.

Yes, some of the rumors being floated involve Ohio State and whether or not there is any possibility that the 5-foot-11, 200-pound tailback could still find a way to suit up for the program.

So, what’s what? Has there been a continued conversation between Zach Evans and Ohio State? Yes, according to Lettermen Row sources, there has been. Does that mean that the Buckeyes are reconsidering their position on adding another player to the 2020 recruiting class?

No, it doesn’t. Would Evans have an interest in Ohio State? Sources indicate that he would, but to this point the message from the folks in command of the Buckeyes has not changed. Could that position eventually change?

Maybe, but it’s hard to see that occurring unless Evans were to spend the next year in a prep-school program or junior college program that allows him to develop himself from a maturity standpoint and provides him a chance to prove that he’s capable of the rigors of college life on and off the field.

So, have there been talks between Ohio State and Zachary Evans? Yes. Is there any expectation that it will result in him playing for the Buckeyes? No.

There are two current 247Sports.com crystal ball predictions for Quince Orchard (Gaithersburg, Md.) High School 4-star defensive tackle Marcus Bradley, and both are in the favor of Ohio State. Knowing that, it’s no surprise that the Buckeyes are one of the 10 teams that the 6-foot-3, 270-pound defensive tackle included on his recently pared-down list on Friday afternoon.

Bradley visited Ohio State twice in November and has remained in regular conversation with Larry Johnson, Ryan Day and the Buckeyes. He visited Georgia the weekend before the February dead period began, and he is working through a pretty extensive list of almost 30 offers to try and pick a school.

Noticeably absent from Bradley’s list is Penn State, a school he’s been to multiple times and one that was widely expected to be a contender in his recruitment until the very end.

But relationships matter, remember? Penn State defensive line coach Sean Spencer, one of the country’s premier defensive line coaches, recruiters and developers, announced last week that he was heading to the NFL, and he’s now the defensive line coach for the New York Giants. In the midst of the unexpected coaching change, things got lost in the shuffle and there were no conversations with Bradley about the change prior to it happening. It took almost five days for the Nittany Lions to even make him aware of it.

Does that matter in the long run of this recruitment? Maybe not. Probably not. Still, the Buckeyes have been at the fore in this battle for a while, and that kind of oversight from a top contender may help push things more in Ohio State’s favor.

Buckeyes on the mind of 2022 tight end Jack Nickel

Ohio State hosted 2022 tight end Jack Nickel, a 6-foot-4, 220-pound sophomore, this past summer during a one-day camp. And though he just visited instead of participating in the camp, it was a welcome return to family roots for the Milton (Alpharetta, Ga.) High School standout.

“My dad lived in Mentor for 14 years and then Westerville for four years,” Nickel has told Lettermen Row. “I wasn’t born there, though, just his family. My dad played at Stanford, so he roots for both teams.

“In June, it was just a visit. But I watched film of the tight ends with [Ohio State tight ends] Coach [Kevin] Wilson for 90 minutes and the facilities were up there with anything I’ve seen. I loved the campus and downtown Columbus.”

As a 2022 prospect, Nickel was unable to have many conversations with the Buckeyes during the months that have passed since that summer visit. But they stopped in to see Milton during the most recent recruiting contact periods to remind him of the Ohio State interest.

“[Linebackers coach] Al Washington from Ohio State came to see me,” he said. “He was saying my film looks really good and that I need to visit in the spring.

“I think I am coming up in March. He wants me to come up and meet Coach Day and really start to build more of a relationship. He said from my film that he thinks I have what it takes to be a Buckeye. I’m thinking about March 6 but haven’t finalized it yet.”

This is a numbers game. I’m not as dialed into the program as I used to be or as well as Birm but I know two offensive and one defensive players who are considering a transfer right now and have relayed this to the staff and if a spot opens up this summer Evans is first in the queue for it.

Sounds like the Ohio State staff wants to stay away from the train wreck that is Zach Evans’s recruitment. He’s a talented kid, but I agree that he needs a year to grow up. It worked well for Eddie George, Michael Thomas, and Cardale Jones. He needs a year at Fork Union.

Birm, there is some serious talent at the DT position this year, and a lot of them are in OSU’s recruiting territory. As of now, who do you feel most comfortable with as the next/last DT commit? a) Marcus Bradley, b) Damon Payne, c) J.T. Tulmoloau, d) Tywone Malone, e) someone else??