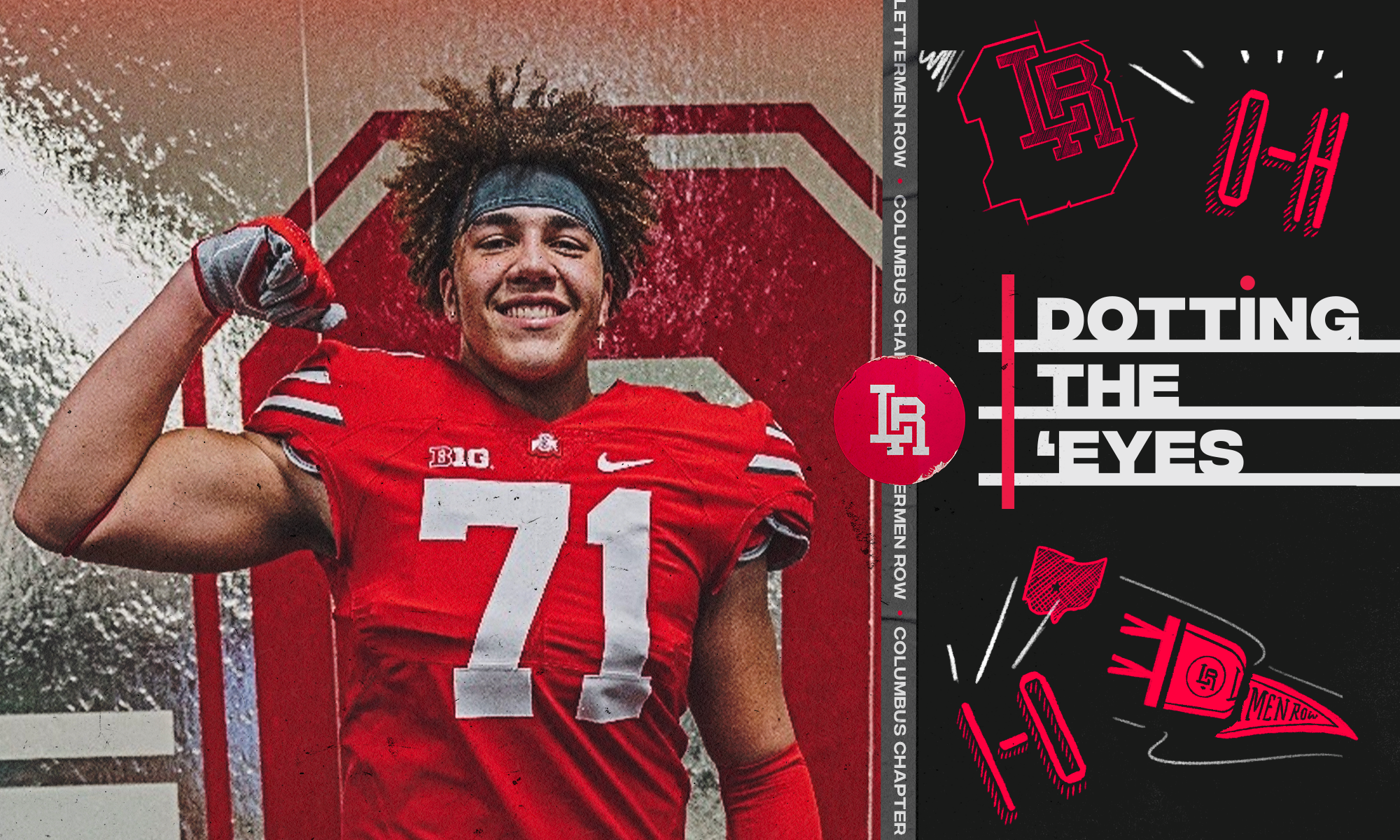 Stay in touch or be left out because Ohio State recruiting is a 24-hour, seven-day-per-week obsession. What’s the latest news as the Buckeyes build for the future? Get that and more Sunday through Thursday on Lettermen Row. Today’s notebook updates the planned attendees for the upcoming Buckeyes Bash and introduces a newly-offered 2022 tight end prospect.

The Buckeyes Bash is happening, and one of Ohio State’s top targets in the Class of 2021 is locked in to attend.

Tristan Leigh has remained a priority for the Buckeyes over the last few months, and he’s been working hard to get himself to the campuses of the schools he’s still interested in — including a visit to Oklahoma and a pair of trips to LSU. Now he’s coming to Ohio State, a family decision that Leigh’s mother, Laura, confirmed to Lettermen Row.

“We are looking forward to it,” Laura Rigney-Leigh told Lettermen Row. “We are excited to meet the commits.”

A 5-star prospect from Fairfax (Va.) Robinson Secondary School, Leigh made his first — and to this point only — visit to Ohio State last November. But next week’s trip provides a unique opportunity for the Buckeyes and the Leigh family to connect, even though it won’t be with the coaches in Columbus.

Ohio State not likely to host Washington pair for Bash

Two players who had been considering a visit to Ohio State next weekend but aren’t likely to be able to attend are the 5-star pair of Emeka Egbuka and J.T. Tuimoloau from Washington.

The Buckeyes have been working diligently to try to land both players, and though Egbuka has been on campus twice before, his inability to get back to Ohio over the last 12 months has likely slowed down his recruitment.

That’s not the case for Tuimoloau. Yes, some believed he could have considered a spring commitment if he’d visited in March as originally planned. But he’s been consistent in his personal statements that he’d wait until February to announce no matter what.

So, the wait continues. And though it’s no doubt frustrating, it’s not necessarily a bad thing for Ohio State. It’s just the way it is right now. The Buckeyes coaching staff and recruits aren’t getting lackadaisical when it comes to these two very important recruitments.

With one tight end committed and Benji Gosnell as a top target to become the second option in the Class of 2022, Ohio State isn’t resting on its laurels recruiting the position. The Buckeyes offered fast-rising Georgia standout Oscar Delp over the weekend.

“After a great call with [Kevin Wilson],” Delp, currently an unranked prospect, tweeted. “I am honored to announce I have received my 15th offer from the Ohio State University.”

The offer came as the culmination of a couple of week’s worth of conversation.

“I’ve been talking with Coach Wilson for a little over a week now,” the 6-foot-5, 220-pound Delp told Lettermen Row. “Had a couple great phone calls with him. It’s been a great early impression. He’s very easy to talk to and not pushy at all.

“He really wants me to take my time with my decision, which makes me feel very comfortable. I talked to [Ryan] Day for a little bit on Monday, and he told me that they liked me a lot and really enjoyed watching my film.”

“It’s really going to come down to how I feel I fit in at the school and with the offense,” Delp said. “The atmosphere of the school will also play a factor. It’s definitely worth it for other schools to recruit me hard right now. I grew up a South Carolina fan and I’m open to go anywhere in the country.”