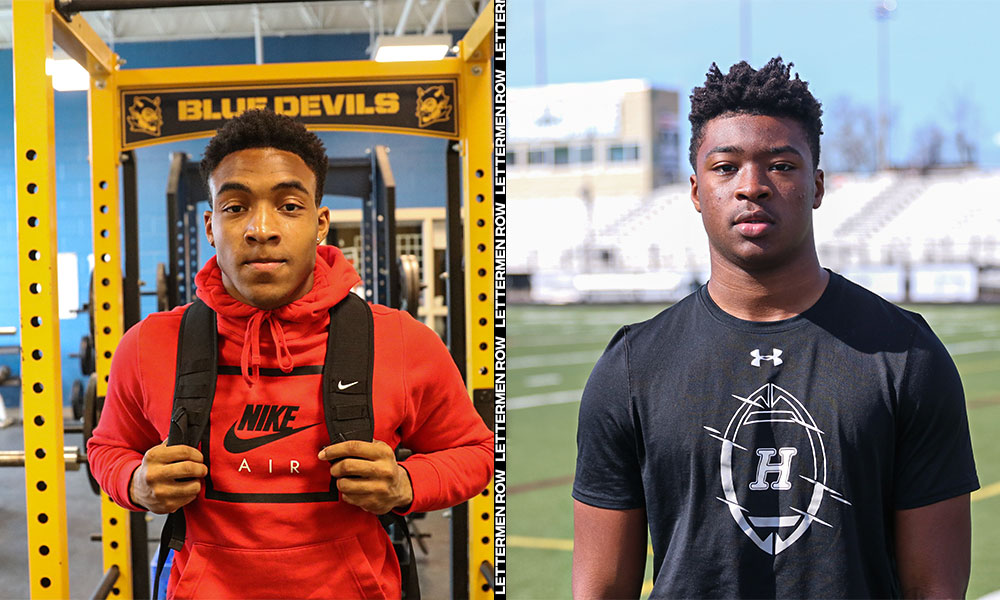 TreVeyon Henderson and Evan Pryor were ready to commit to Ohio State when others weren't. (Birm/Lettermen Row)

COLUMBUS — A year ago this week, Tony Alford and Ohio State was preparing to host its top 2020 running back prospect for his first visit to Columbus.

Meanwhile, it was also giving its first real look at a talented 2021 running back named Evan Pryor, who had recently camped with the Buckeyes. A highly-ranked 4-star prospect with major offers including one from Ohio State, the North Carolina standout was receiving early crystal ball predictions to Penn State, where his sister went to school. Coming to camp, to compete, helped prove to the Buckeyes coaches that Pryor was the type of young player they’d keep a close eye on.

Do dominoes know that they are dominoes?

Shortly after Bijan Robinson, a 5-star tailback from Arizona, left the Buckeyes campus, the results of that visit were in — privately. Robinson had made clear his intention to commit to Ohio State. A week after Robinson’s visit, that circumstance was repeated by Deerfield Beach (Fla.) 4-star Jaylan Knighton, who also gave private assurances that his recruitment was going to end in a commitment to the Buckeyes.

About a month later, give or take a week, each player had committed elsewhere. Robinson to Texas, Knighton to Florida State though he’d ultimately sign with Miami. Minds change all the time in recruiting, of course, especially when a player hasn’t announced a public decision. Alford and Ohio State didn’t get complacent, they didn’t get lazy: Robinson and Knighton just flat out changed their minds.

Tony Alford didn’t mince words when asked about those recruiting losses during the 2019 season. 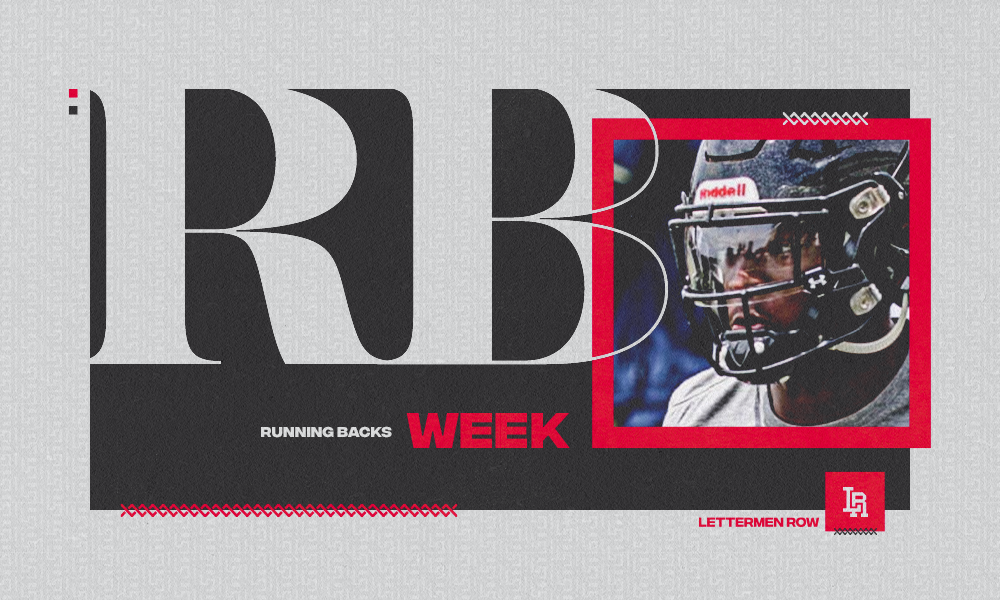 Evan Pryor’s decision to camp at Ohio State when he already had an offer helped prove why he was a good fit for the Buckeyes. (Birm/Lettermen Row)

Turns out he was right. Ohio State wasn’t going to allow for the same kind of thing to happen again in 2021.

Yes, Buckeyes established top targets at running back for the current recruiting cycle has they had in 2020, but they were not going to be caught flat-footed again. There wasn’t going to be an all-out, all eggs-in-one-basket approach. Instead, the goal was to get the two best running backs possible who were ready to make a decision.

That led to a little discomfort in early March.

For months, it appeared one of those players would be Michigan’s Donovan Edwards. Alford and Ohio State made him a priority for more than two years and he had been recruited the longest — and the hardest — of any of the ten running backs the Buckeyes had offered. Ohio State was in a prime position to try and land him when he had visited campus in early March and in fact there was conversation that, if he was ready to commit, the Buckeyes were willing to back off of other running backs and abandon the plan for two in this class.

Edwards needed more time and there was no reason to rush. He’d return to Ohio State for an official visit in June, after checking out a few other schools this spring.

Days later, the world of college football recruiting was turned upside down by the coronavirus and no one has visited Ohio State since. There was no reason to think that would impact Edwards because other highly-ranked targets like TreVeyon Henderson, Brandon Campbell, LJ Johnson Jr and Camar Wheaton had never stepped foot on the Buckeyes campus. Edwards had been there more than a handful of times and none of those other players, the guys that could take Edwards spot, was close to making a decision.

Covid-19 changed that. Evan Pryor was coming to Columbus on March 18 to commit to Ohio State in person, but that visit had to be cancelled and he pulled the trigger on his decision anyway. TreVeyon Henderson, a 5-star tailback, was supposed to visit over the weekend of April 11 but he had grown so tight in his relationship with Alford, Ryan Day and Al Washington — who had started recruiting him when he was an assistant coach at Michigan two years earlier — that he decided no visit to Ohio State was necessary.

The Buckeyes were not going to tell him no, or ask him to hold off, if he was ready to make a public choice. They couldn’t. There was no chance that a repeat of 2020 was going to happen. Ohio State wanted Donovan Edwards, but decided it couldn’t wait any longer.

A bird in the hand is worth two in two in the bush as the old adage goes. Now the Buckeyes have two in the hand, including the country’s second and fifth-ranked tailbacks in Henderson and Pryor.

Consider it a lesson learned on the recruiting and Ohio State is going to be better because of it.