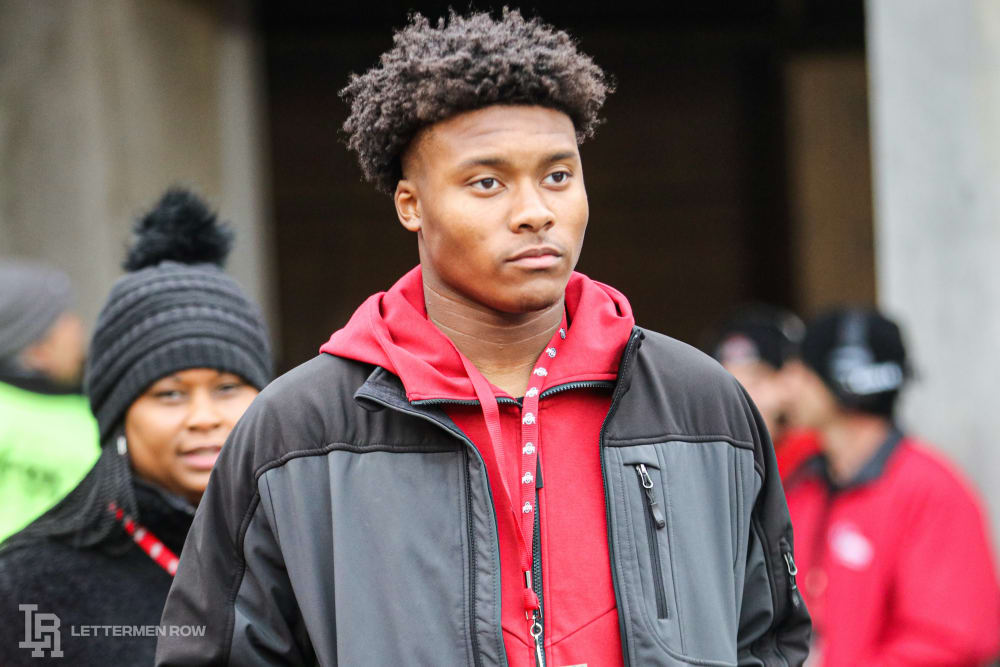 Jordan Dingle is a player Ohio State continues to evaluate, and he could make a decision soon. (Birm/Lettermen Row)

But upon further review, it again might choose not to.

That’s the puzzle of recruiting.

Ryan Day, tight ends coach Kevin Wilson and the rest of the Buckeyes recruiting staff settled on one tight end following a big-time camp performance by Joe Royer last summer. This time around, Ohio State missed out on Hudson Wolfe. The Buckeyes believed the Tennessee native was the perfect complement to Sam Hart, who committed to the Buckeyes in December.

Evaluation is the name of the game at tight end, a position that usually requires more time for a player to go from prospect to performer. Because of that fact, recruiting that spot requires analysis that’s a bit deeper. It can’t just be a matter of filling quotas when dealing with a position that is part offensive tackle and part receiver. 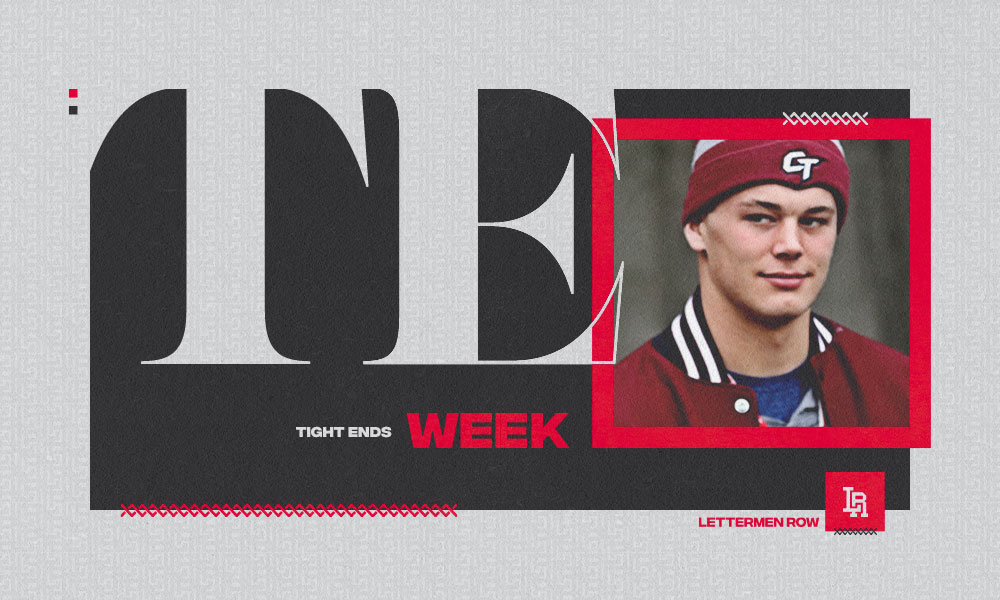 The Ohio State tight end room will undergo some significant changes following the season as Luke Farrell and Jake Hausmann depart after five seasons. If Jeremy Ruckert has the type of year that some analysts have projected, then the former 5-star tight end prospect could also make his way toward the professional ranks. Beyond that trio, there’s Mitch Rossi, Cade Stover and incoming freshman Joe Royer working in Wilson’s room — a talented trio, but one that is unproven.

So the question has to be asked: What should Ohio State do at tight end in the Class of 2021 and beyond? There are a couple options on the table for the Buckeyes if they do decide to move on another tight end this go ’round.

The choice to supplement Sam Hart with another 2021 tight end is still there for the Buckeyes, if they chose to pursue it. There are a number of tight ends around the country with serious Ohio State interest and slowed-down timelines as a result of the Covid-19 dead periods. That could play to the advantage for Wilson and Ohio State because the need for another player in this cycle is almost contingent on Ruckert and his eventual NFL choice.

One of the names whispered by the Buckeyes for a while now is Jordan Dingle, an athletic prospect from Kentucky who visited the program multiple times in the last year. If he’s willing to wait out his commitment a little longer, he’s a young man that the Buckeyes may turn back to once football resumes — especially if he can show that he’s fully recovered from a hip injury he suffered last winter.

Ohio State is still in the mix for North Carolina tight end Bryson Nesbit, but he’s not visited the school yet. The same can be said for Florida standout Michael Trigg, who is now garnering some attention as a basketball prospect as a well.

If the Buckeyes decide to take another tight end, it may come from inside the state where a group of three players remain on the list of options. The first is Wisconsin commit Jack Pugh, who hasn’t yet been able receive a real evaluation from Ohio State, which could change if football returns to some normalcy this fall. Like Pugh, neither West Virginia commit Treylan Davis nor Mitchell Evans — from Jackson and Wadsworth, respectively — have a Buckeyes offer. But both have been in contact with Wilson regularly.

Will Buckeyes wait for potential transfer?

The impending changes to the transfer portal make this an intriguing option for Ohio State as well. It’s likely that there will be one, penalty-free transfer available to every player in college football, and the Buckeyes are as attractive an option as any program in the country for young players looking for a new opportunity.

This path does allow the Ohio State staff to sit back and be patient. But it’s not the way that the Buckeyes want to build their program. The Developed Here motto thrown around by the university and its coaches means something to the people responsible for it, and the preference is certainly to recruit players from high school and mold them.

But sometimes it’s better to find a quick fix that requires a one-year investment than it is to recruit a five-year player who may not be 100-percent what Ohio State is looking for. That will be part of the equation as the Buckeyes sort through their options at tight end to complete this cycle.

Sam Hart on giving up wrestling, recruiting the country’s best class
Buckeyes recruiting board includes tight ends all over country