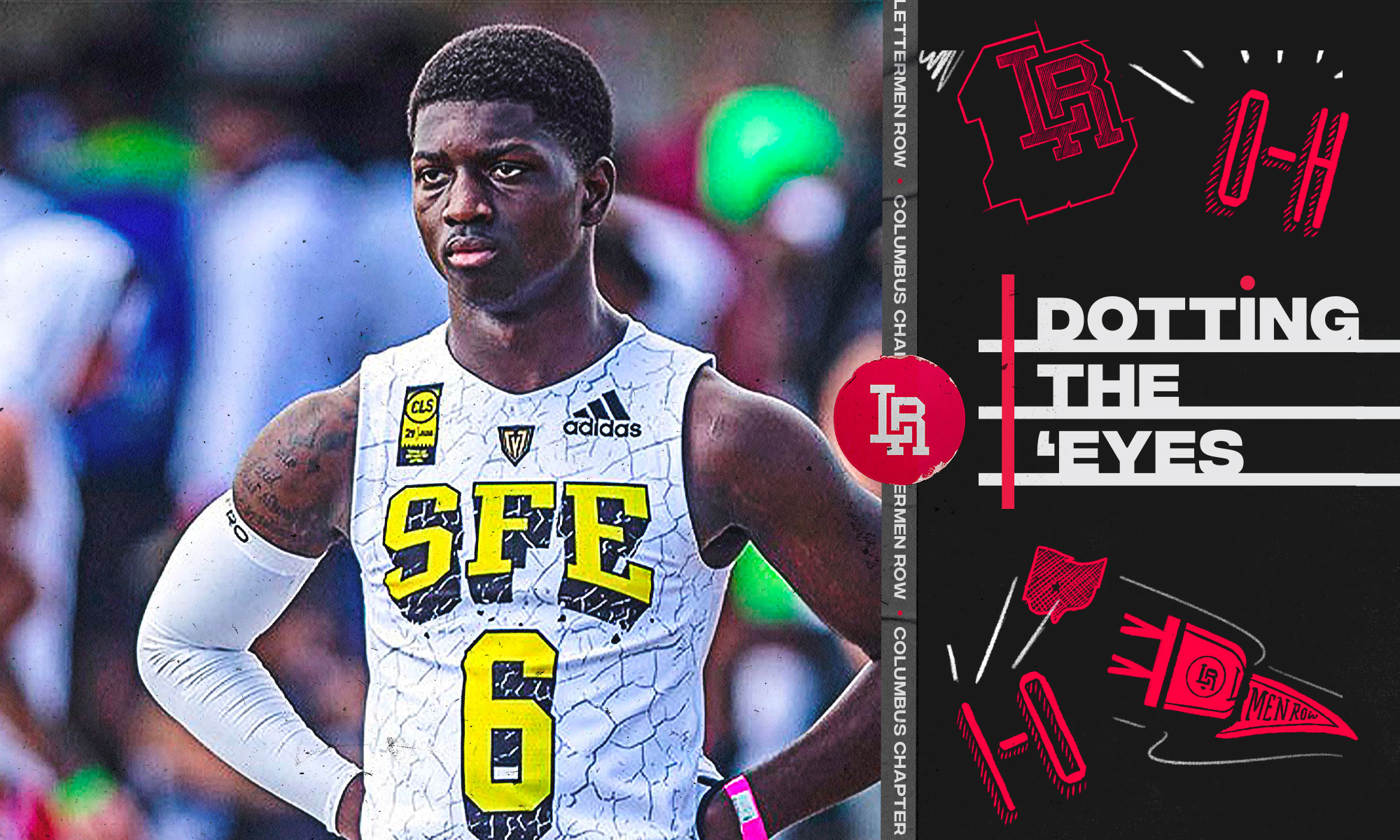 Ryan Turner has his eyes on a couple of big-time schools. (Ryan Turner/Twitter)

Stay in touch or be left out because Ohio State recruiting is a 24-hour, seven-day-per-week obsession. What’s the latest news as the Buckeyes build for the future? Get that and more Sunday through Thursday on Lettermen Row. Today’s notebook updates the recruitment of cornerback Ryan Turner and introduces two new Pittsburgh-area standouts in the Class of 2023.

“I didn’t get to see anything inside any of the buildings or anything,” Turner told Lettermen Row. “Coach Keenan [Bailey] is from my area and we talked before my trip, he gave me some restaurants we needed to check out and some advice on where to go shop and stuff like that, though.”

Though unofficial visits being made by recruits right now don’t allow much insight into the schools specifically, Turner did find value in his Columbus trip. He gained real insight into Ohio State and what differentiates it from some of his other contending schools.

“I liked that Columbus was a big city,” he said. “That’s something I know is going to be different at other schools I’m considering. Ohio State is right in the middle of it all, there’s High Street and all that, it’s got a big-city feeling to it and that’s something I’m used to.”

What Ryan Turner isn’t used to, and didn’t expect, was the size of the Buckeyes campus.

“I really had no idea Ohio State was going to be so big,” he said. “You can’t walk from one side to the other. It’s huge. That wasn’t something I expected at all.”

Turner has plans to return to Ohio State for an official visit in June. That trip will provide a much different, and important, view of things in Columbus.

“I’m making my official visit with the Buckeyes over the weekend of June 12,” he said. “I need to get there and see the coaches in person. I need to talk to them and make sure we get along as well, as it seems we do. I’m excited to get back there.”

Before then, though, are two other key visits. The first to Clemson began on Wednesday. He’ll be in South Carolina until Saturday with his parents. Next week, he’ll head north again, but this time it will be to Boston College. Former Ohio State defensive coordinator Jeff Hafley has the Eagles very much in contention for Turner.

He isn’t ruling out a commitment before June, but the plan as of now is to wait until official visits can be made. The country’s No. 33-ranked cornerback has become a top target for the Buckeyes over the last few months.

Kiyaunta Goodwin’s recruitment is going to continue to be an interesting one for Ohio State to watch.

As Lettermen Row wrote last Friday, there’s a growing concern that a sooner-than-expected commitment could be coming from the potential 5-star lineman. And if that were to happen, the odds are heavily in Kentucky’s favor.

A Wednesday night tweet from Vince Marrow, the lead recruiter for the Wildcats with Goodwin, may increase the anxiety.

Again, as we wrote late last week, this is a crucial period for the Buckeyes to get through as Kentucky ramps up the pressure on Goodwin in an attempt to take advantage of their relationship with him. For Ohio State, Alabama, Clemson and everyone else recruiting him, an early commitment would add a big bump in the road — but certainly wouldn’t stop any of those schools from continuing their recruitment of him.

The emerging prospect is Domonique Orange, and he hails from Kansas City, Mo. He tweeted out his offer from the Buckeyes on Wednesday evening. Orange is a 6-foot-4, 300-pound defensive tackle from North Kansas City High School, and the offer from Ohio State is No. 18 for him.

The country’s No. 29-ranked defensive tackle, Orange has been a priority recruit for Texas, Iowa, Iowa State and others. But to this point he has kept things pretty low-key in his recruitment. Ohio State has offered ten defensive tackles in 2022, but the focus has been primarily on Caden Curry, Christen Miller and Dominick James of late as players like Walter Nolen and Travis Shaw seem intent on ending up elsewhere.

Ohio State has traditionally been very active in the Pittsburgh area, but to this point in the 2022 cycle, it has been silent in the Steel City. That doesn’t appear to be the case for the Class of 2023.

Two different standouts from that area have recently been hearing from the Buckeyes.

“[Ohio State] evaluated my film,” Rodney Gallagher told Lettermen Row. “They told me that there is interest in me and wanted to invite me to campus after the dead period.”

Gallagher is a top-40 prospect nationally and the top-ranked player in Pennsylvania at this point. The Buckeyes history at wide receiver has his attention.

“It’s a great school there,” he said. “I know they have a great environment that makes great players and they seem to have very good coaches and players.”

There is no plan yet for visits to Ohio State or anywhere else, but the 6-foot, 170-pound Laurel Highlands (Uniontown) standout is working on that.

“I haven’t set any dates yet,” he said. “But I’m looking forward to have more conversations with them about it.”

On the other side of the ball is Ta’Mere Robinson, who has also had preliminary talks with the Buckeyes.

“I talked to Coach Parker Fleming in February,” Robinson, from Pittsburgh’s Brashear High School, said. “He said he liked my game and my style of play and that he would keep in touch.”

A 6-foot-2, 190-pound athlete, Robinson plays safety now but projects as a linebacker in college. He has seven early offers from schools like Michigan, Notre Dame, Penn State and Pittsburgh. He’s definitely a candidate for an early Ohio State offer and worth paying attention to moving forward.