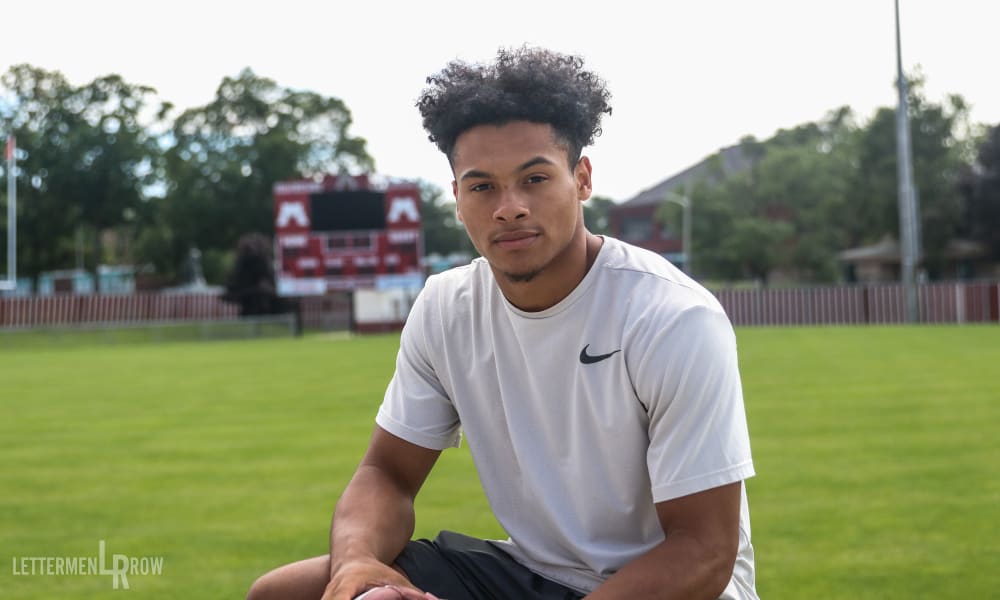 Have a question about Ohio State recruiting? This is the place for you, five days a week. Submit your questions on Twitter or on the Lettermen Row forums. Check-in daily to see what’s on the mind of Buckeyes fans all over the country. Tuesday’s question is about Cameron Martinez and whether or not the talented athlete from Michigan could solve the Ohio State running back quandary.

Is the staff going to get a RB this cycle? If yes who are we still looking at? Could Cam Martinez possibly play RB? or is the staff looking at him as WR or DB only?

To address the first question: Yes, I am confident that Ohio State is going to sign a running back in the Class of 2020.

However, as we wrote here about a week ago, I do believe that the priorities and needs for the Buckeyes are changing as players like Master Teague, Marcus Crowley and Steele Chambers have shown flashes of significant potential. That’s been a very positive development for Tony Alford and Ohio State, and it alters the equation a bit.

The options for the Buckeyes are well known. Tre Bradford, Miyan Williams, E.J. Smith and Jahmyr Gibbs have been addressed pretty frequently in the last month or so, but we’ve not mentioned the possibility of current Ohio State commitment Cameron Martinez filling the spot.

That doesn’t mean Martinez isn’t capable of doing so, because he is. Watching tape of his senior season, it’s clear to see what he’s been doing for the Muskegon (Mich.) Big Red. And it’s understandable why some folks may wonder if he’d be the best choice at this point for the Buckeyes.

Martinez is dynamic with the ball in his hands and is on his way to potentially winning a state championship and another likely nod as Mr. Football in Michigan. He’s fast, he’s shifty and he’s explosive. For regular readers of Lettermen Row, it’s no surprise that I personally believe he’s one of the best football players in the country and the steal of the 2020 class for Ohio State.

To be clear, Martinez could play running back or wide receiver or defensive back in Columbus. In fact, he reached out to the Ohio State coaching staff recently about the idea of lining up in the backfield. But for now, that isn’t in the cards for him or the Buckeyes.

“I talked to Coach Day about it on Sunday,” Martinez told Lettermen Row on Monday afternoon. “I brought it up to him because it could help the team and would clear up what position I am going to play. But no, I won’t be playing running back.”

There you have it. Could Cam Martinez play running back? Yes, absolutely, and he’d be willing to do so. But for now the search remains for another player or two to fit that bill in 2020.