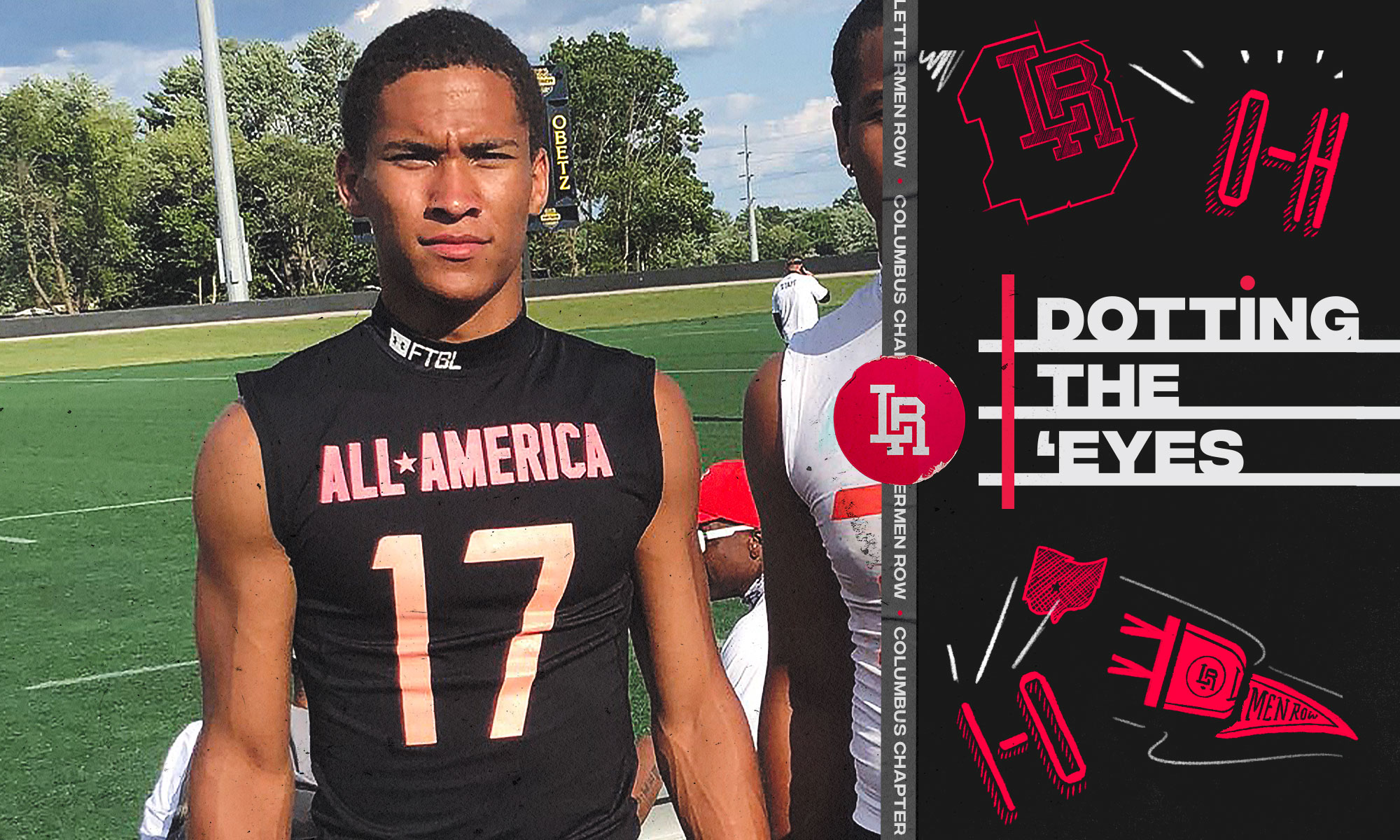 Stay in touch or be left out because Ohio State recruiting is a 24-hour, seven-day-per-week obsession. What’s the latest news as the Buckeyes build for the future? Get that and more Sunday through Thursday on Lettermen Row. This notebook addresses a new offer in the Class of 2022 and introduces two more young prospects to Ohio State fans.

The Buckeyes have taken a real interest in recruiting the state of Kentucky in the last few years, and one of that state’s top young prospects is getting their attention.

[Ohio State] has been talking to my coaches,” Treyveyon Longmire, a 6-foot-2, 170-pound athlete from Corbin (Ky.) High School, told Lettermen Row. “But I haven’t talked to them yet. I hate that I couldn’t get up there for their camp this summer. My coach has been talking to [Buckeyes defensive backs] Coach [Matt] Barnes. Defensive back is where they see me.”

A number of programs think Longmire could play running back, and he’s picked up a handful of big offers recently — including one from Michigan, Virginia Tech, Maryland, Boston College and Florida State. He has ties to Michigan though his aunt, but Longmire also has ties to Ohio.

“I’m from Steubenville,” Longmire said. “So Ohio State is a top school for me. I was young when we moved, third grade, but I still get up in the summer to see family.”

Longmire is currently the No. 4-ranked 2022 prospect in the Commonwealth of Kentucky.

There’s been an uptick in aggression from Ohio State in recent weeks with respect to new scholarship offers being extended, and the most recent one is worth following. Keon Sabb, the country’s No. 1-ranked athlete in the Class of 2022, added the Buckeyes to his extensive offer list on Monday night.

Matt Barnes extended the offer to the 6-foot-3, 195-pound Sabb, and the Buckeyes had been checking in on him since at least last December when Jeff Hafley was in charge of the defense. A safety prospect in Ohio State’s scheme, Sabb wants to visit Columbus as soon as he’s able to, whenever that is.

“It’s their tradition [that stands out],” he told Lettermen Row. “It’s a chance to win a national championship, and they have a track record of developing pros.”

James is a teammate of top-ranked 2022 receiver Caleb Burton, and the 6-foot-3, 180-pound wideout could be the next highly-regarded Austin, Texas-area standout to catch Ohio State’s attention.

“Texas, UT-San Antonio and Baylor are the top three that have been talking to me as of now,” James told Lettermen Row. “But a lot more coaches have started following me. Coaches from Texas A&M, Clemson, Illinois and Nebraska just did.”

Ohio State has not yet done that, but after landing Garrett Wilson from Austin, Jaxon Smith-Njigba from up near Dallas and now returning to Austin with an eye on Burton, there will be plenty of time to get to know Braylon James. He’s well aware of the reputation that Buckeyes have with receivers.

“For a receiver I’d love to go there,” James said. “When I see players like Garret Wilson, someone who came out of my area, shining in a top their program like that is just great to see.

“Caleb tells me all the time how much he loves them, and I see why. It’s a great program, and I can almost promise you that three years from now they’ll be in my top-three schools.”