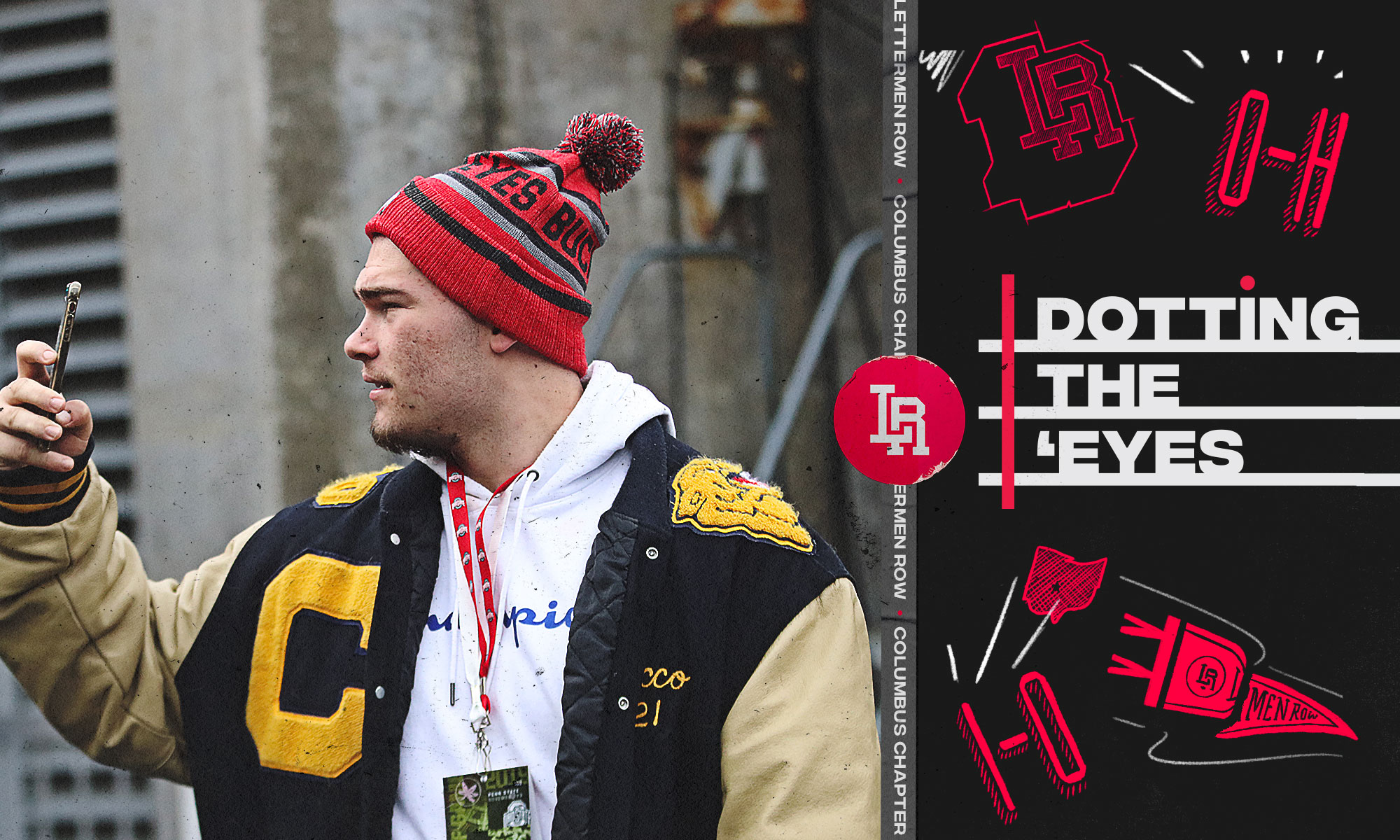 Rocco Spindler's recruitment has been slowed down because of Covid-19, but for how long? (Birm/Lettermen Row)

Stay in touch or be left out because Ohio State recruiting is a 24-hour, seven-day-per-week obsession. What’s the latest news as the Buckeyes build for the future? Get that and more Sunday through Thursday on Lettermen Row. The latest notebook has thoughts on a highly-ranked offensive lineman and a handful of new offers in the Class of 2022.

Sunday, Ohio State picked up commitment No. 19 in its 2021 recruiting class when Denzel Burke, a versatile athlete from Arizona, made his announcement and selected the Buckeyes.

Burke had been one of the top remaining defensive backs on the board for Kerry Coombs and Ohio State, making a virtual visit with the program earlier this month but he remained pretty quiet overall about his thoughts and the recruiting process in general, so it was hard to know exactly how serious the interest was on his side, though obviously that confusion was put to rest quickly with his commitment.

That being the case, there’s now a new bit of confusion to add to the mix: are the Buckeyes done recruiting defensive backs in 2021? The short answer appears to be “no,” because one very dialed-in source told Lettermen Row on Saturday night that there were no doors being closed to any other prospects at this time and that means that — at least peripherally — there’s still an opportunity for Jaylin Davies, Derrick Davis, Tony Grimes or Jordan Hancock to end up in the Ohio State 2021 recruiting class.

However of that group, it still seems much more likely that Davis, who is a safety and potentially could play the Bullet position for the Buckeyes, makes the most sense. For a while now it seemed that it could be an either/or scenario with Davies/Burke and even if the door remains open for Davies, it now seems less likely he’d be willing to choose to walk through it.

The Buckeyes remain in the conversation for Clarkston (Mich.) 4-star offensive guard Rocco Spinder, who published his final five schools on Friday afternoon.

Like many players around the country, Spindler’s recruiting plans have been derailed by the Covid-19 pandemic. He had expected to be committed already but he has not been able to make a final key visits that he wanted, including a return to Ohio State.

“It messed everything up,” Spindler told Lettermen Row. “Hopefully before the season I can take my official visits and commit.”

Ohio State is likely running no better than fourth or fifth of Spindler’s top five, but that’s not because the Buckeyes aren’t trying. He says the two sides speak regularly and that the Ohio State program is very much in the mix.

“We talk every single day,” he said of the Buckeyes. “Either text, calls or Zoom. They’re in it to win it, there’s no ground to make up.”

Tight end domino about to fall?

Ohio State has been watching Hilliard (Ohio) Bradley tight end Jack Pugh closely but it appears the time for watching is coming to a close. Pugh is making his college announcement on Monday afternoon and the 6-foot-5, 235-pound 4-star will become a competitor of the Buckeyes as he decides between Penn State and Wisconsin.

For Ohio State, the focus at tight end has been Hudson Wolfe and that, along with an inability to evaluate Pugh in person, has put the local prospect in a spot where it no longer seemed prudent to wait.

A fifth 2022 receiver has been offered by Brian Hartline and Ohio State.

That is Chicago 4-star Kaleb Brown, the nation’s No. 5-ranked wideout. A 5-foot-11, 180-pound athlete from St. Rita High School, Brown had been hearing from Ohio State for just a week or two ahead of the offer.

The Buckeyes wide receiver room is one of the country’s most elite right now and Brown has noticed what’s being built there.

“I just know they breed great players at the skill positions,” he said. “Honestly, it’s The Ohio State. A good school and it’s definitely different, a different feeling. It’s a huge offer.”

Michigan and Notre Dame have each already offered Brown and that duo is probably where the Buckeyes will find their stiffest competition in this recruitment as it unfolds.

Cooper is a 6-foot-4, 215-pound edge rusher from Arlington (Texas) Martin High School and a Top 100 prospect according to 247Sports.com. Alabama, Oklahoma, Texas, Notre Dame and more than 20 other schools have made him an early offer. He was offered by Johnson and Ryan Day, who each spent time on the phone with both him and James, who plays at the IMG Academy but is originally from Prattville, Alabama.

“I have been talking to them for almost three weeks now,” James, a 6-foot-3, 260-pound defensive tackle, told Lettermen Row. “That offer means a lot to me. Ohio State is a great program. Very honest and straight forward.”

There are hundreds of 2022 prospects sitting and waiting for college visits to resume and Cooper, James and dozens more of them are hoping to get up to Columbus as soon as possible.