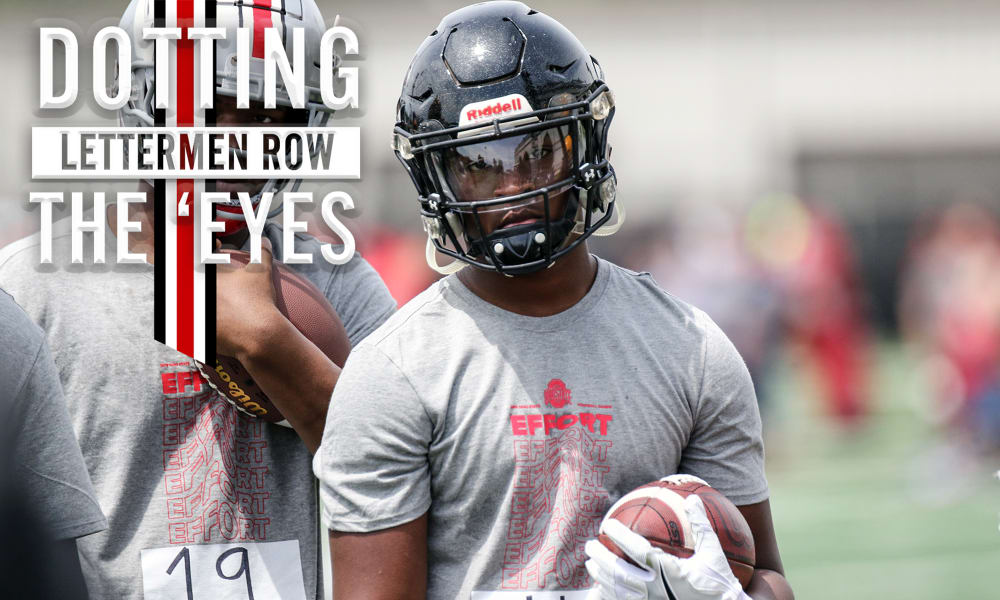 Stay in touch or be left out because Ohio State recruiting is a 24-hour, seven-day-per-week obsession. What’s the latest news as the Buckeyes build for the future? Get that and more Sunday through Thursday on Lettermen Row. Tuesday’s notebook updates the Buckeyes pursuit of a 5-star running back in the Class of 2020 and a commitment date for a major defensive back target.

The Buckeyes could be days away from a major recruiting win. 4-star cornerback Clark Phillips III has set his commitment date, and it happens to coincide with his planned official visit to Ohio State.

Phillips, the nation’s fourth-ranked cornerback, isn’t expected on campus with the Buckeyes on Friday afternoon.

But the timing of his announcement either means he’s decided to commit elsewhere and cancel his Ohio State visit, or he’s committing to Ryan Day’s program live on a national network before he hops on a plane to head to his official visit.

My money is on the latter, and I expect him to show up for his official visit as the third defensive commitment in the 2020 recruiting class, making his decision early to help jumpstart what is a defining weekend for Ohio State.

Another 5-star running back to visit Ohio State

Ohio State has hosted a pair of 5-star running backs for official visits in the last three weeks, and this weekend it will host the country’s top-ranked running back, Houston’s Zachary Evans.

The visit, first reported by Marc Givler of BuckeyeGrove.com, is an unofficial. Sources close to the Buckeyes have confirmed the trip to Lettermen Row.

What makes this visit particularly interesting is not that Evans is making it, because he did include Ohio State in his final five schools. But it’s that it is an unofficial visit — and there’s a purpose for that, I’d imagine.

As we wrote in late May when the 5-foot-11, 200-pound Evans announced his final schools, there is a very small chance for Ohio State to be his eventual pick because the relationship with the program has been very superficial to this point.

It’s not been worked on and grown like the relationships with Kendall Milton and Bijan Robinson have. Ohio State isn’t keen on bringing in players for official visits unless they believe there’s a real possibility it can land the prospect. So, if he makes the trip, this weekend is sort of a prove-it trip for Evans — a chance to show he’s serious about his interest in the Buckeyes.

If he does that, then maybe Ohio State could ramp up its efforts and try to bring him back for an official visit later in July.

The Buckeyes offered Evan Pryor, a 4-star 2021 running back from William Amos Hough (Charlotte) High School a few months back, and he’d been anxious to make his first visit to Columbus. After months of trying to work that, he finally made the trek to visit Ohio State and camped with the program last Saturday.

It was a very good visit for the country’s sixth-ranked tailback.

“It was the love the whole staff showed. They really made me feel at home.”

Penn State has been the presumptive leader in the clubhouse for the 5-foot-10, 190-pound Pryor because his sister attends college in Happy Valley. This trip to Ohio State helped him gain a better sense of what the program is all about.

“With all the big-time schools, they are in some way the same in terms of fans, facilities and even some coaches,” said Pryor, who has also been to Clemson, Georgia and Alabama recently. “But in this process, the team who makes me feel like I’m at home the most will be where I commit.”

One of the primary reasons Pryor made the visit to Ohio State was to work alongside Tony Alford and try to build the relationship with the running backs coach.

“I’d say he’s very old school,” Pryor said. “He’s not going to sugarcoat anything — he’ll give it to you raw. But also what he’s telling you is true. I think he has a style that would help me thrive.”