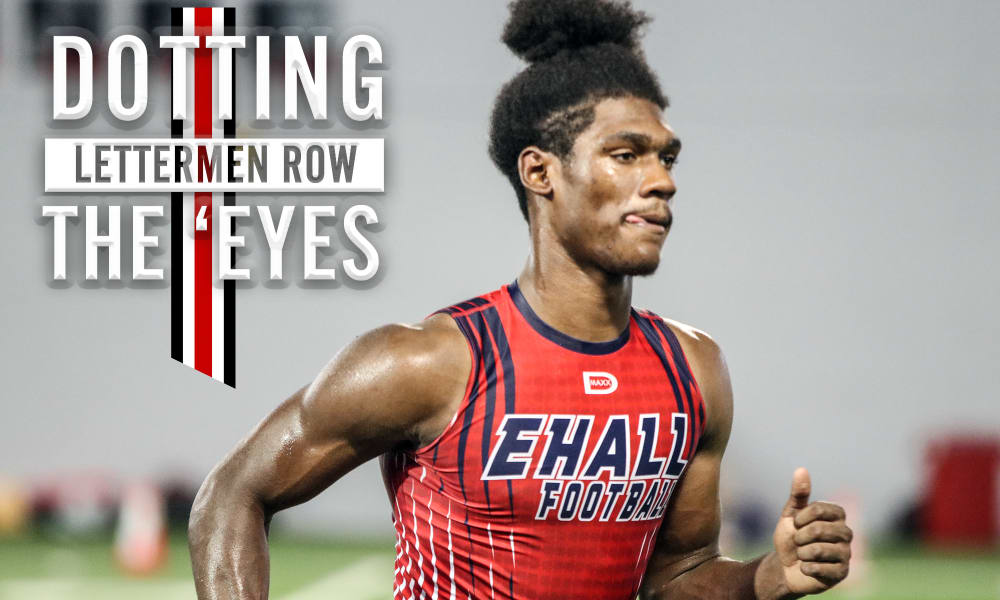 Stay in touch or be left out because Ohio State recruiting is a 24-hour, seven-day-per-week obsession. What’s the latest news as the Buckeyes build for the future? Get that and more Sunday through Thursday on Lettermen Row. Today’s update checks talks with Erasmus Hall star William Mohan and tries to make sense of Kendall Milton’s Ohio State-related announcement.

Ohio State is extremely familiar with Erasmus Hall High School in Brooklyn, turning to the Dutchmen a number of times in recent years to sign Curtis Samuel, Jahsen Wint and Matthew Jones from the New York powerhouse.

The Buckeyes offered William Mohan, a 3-star athlete in the Class of 2020 back in mid-January, and the 6-foot-1, 195-pound standout told Lettermen Row he’s feeling very good about where things are with that relationship.

“I’ve been talking a lot with the Ohio State coaches,” Mohan, who prefers to be called by his nickname, Apache, said. “I talk to [linebackers] coach Al Washington the most.”

Talking to Washington makes the most sense, because Mohan’s most likely position if he chooses Ohio State is the new “bullet” position, a hybrid safety/linebacker. Mohan, New York’s fifth-ranked player in 2020, has obviously spoken to his former teammates about what the Buckeyes are all about.

“They say it’s a great school,” he said. “They love the campus and they feel like they’re at home and they’re comfortable there. They say it’s hard work, but you’ve got to overcome that adversity.

“The reason I love Ohio State is because my former teammates that went there have been successful. I know they that over there they have a great organization, and I know the environment is amazing.”

Aside from the Buckeyes, Mohan is also close with a few other schools, including Michigan, Miami, Pittsburgh, Wisconsin, Nebraska and Rutgers among them. There’s no date set for a return trip to Ohio State, but Mohan hopes that happens in the next few months.

We here at Lettermen Row have written for months about Buchanan (Clovis, Calif.) 5-star 2020 running back Kendall Milton — all the way back to our first week of the site last June. And each time he’s been referenced, there’s been an implied asterisk in the segment: Until he visits, don’t get too riled up about his interest in the Buckeyes.

Well, if this latest social media post by the 6-foot-2, 220-pound running back means what I suspect it means, then that asterisk is close to being removed.

Ohio State fans, I got somethin for y’all tomorrow❤️ #GoBucks

Milton, the country’s second-ranked running back according to the 247Sports composite rankings, told Lettermen Row last summer that distance from his California home wouldn’t be an issue.

“I have family all across the United States, location is not a factor,” he said. “I’ll just have to look at what teams will provide the playing time I am looking for, what teams have the best programs for life after football and what town I feel most comfortable in.”

Ohio State running backs coach Tony Alford has made Milton and Arizona’s Bijan Robinson the utmost priorities at tailback. And it’s safe to assume that Milton’s post isn’t the precursor to a random commitment. So, making his first visit to campus makes the most sense. The question now becomes when it happens, and I think for Ohio State’s purposes, the best decision isn’t to have him in when there’s a lot of distractions to take the focus away from Milton. The March 23 weekend that the Buckeyes are setting up or the spring game weekend, then, wouldn’t really make sense.

Getting the country’s best players on campus, knowing a program is likely to only get one shot at an unofficial visit like this one, it needs to really show everything that makes the program standout. Ohio State, if it can deliver a homerun experience for Milton, can then bring him back next season for an official visit to show him what a game day in Columbus is like.

Also, it’s important to remember that the Buckeyes need two tailbacks in the 2020 class.

The Buckeyes welcomed in Cam Large for a two-day visit last week.

Had an amazing visit in Columbus today!! Thank you for having me @OSUCoachKDub @markpantoni #GoBucks ⭕️ pic.twitter.com/QJch3C6koF

The nation’s No. 12-ranked tight end, Large was offered by Ohio State in late January and made the trip to Columbus as one stop of many around the country. A 6-foot-5, 240-pound two-way player — he also stars at defensive end for Noble and Greenough School (Dedham, Mass.) — Large left Ohio State very impressed by the Buckeyes.

“It was awesome,” he said. “I think what makes it different is that it’s just devoted to competing and succeeding in everything they do. That’s what makes the program great.

“I obviously expected that level of greatness at Ohio State, but it was also great to get to know more about the people. Ryan Day is awesome. He’s a fellow New England guy, so I hear a lot about him when I’m at home and it was awesome talking to him one-on-one.”

Large is expecting to return to Columbus for an official visit, and the Buckeyes are near the top of his list.

“They stand really high on my list,” Large said. “I am looking for a place with great people and where I feel comfortable. All these schools have great facilities and win games and play in prestigious conferences, so it’s really all about the people.”

One area that Ohio State surprised Large and his family was its commitment to academics. He admitted that the school’s reputation as a “football factory” had given him some pause, but that was addressed completely during his two-day visit.

“I’d talked about that before I came to Ohio State with Coach Day,” he said. “But it was good to see it for myself because the school really does care about both.”