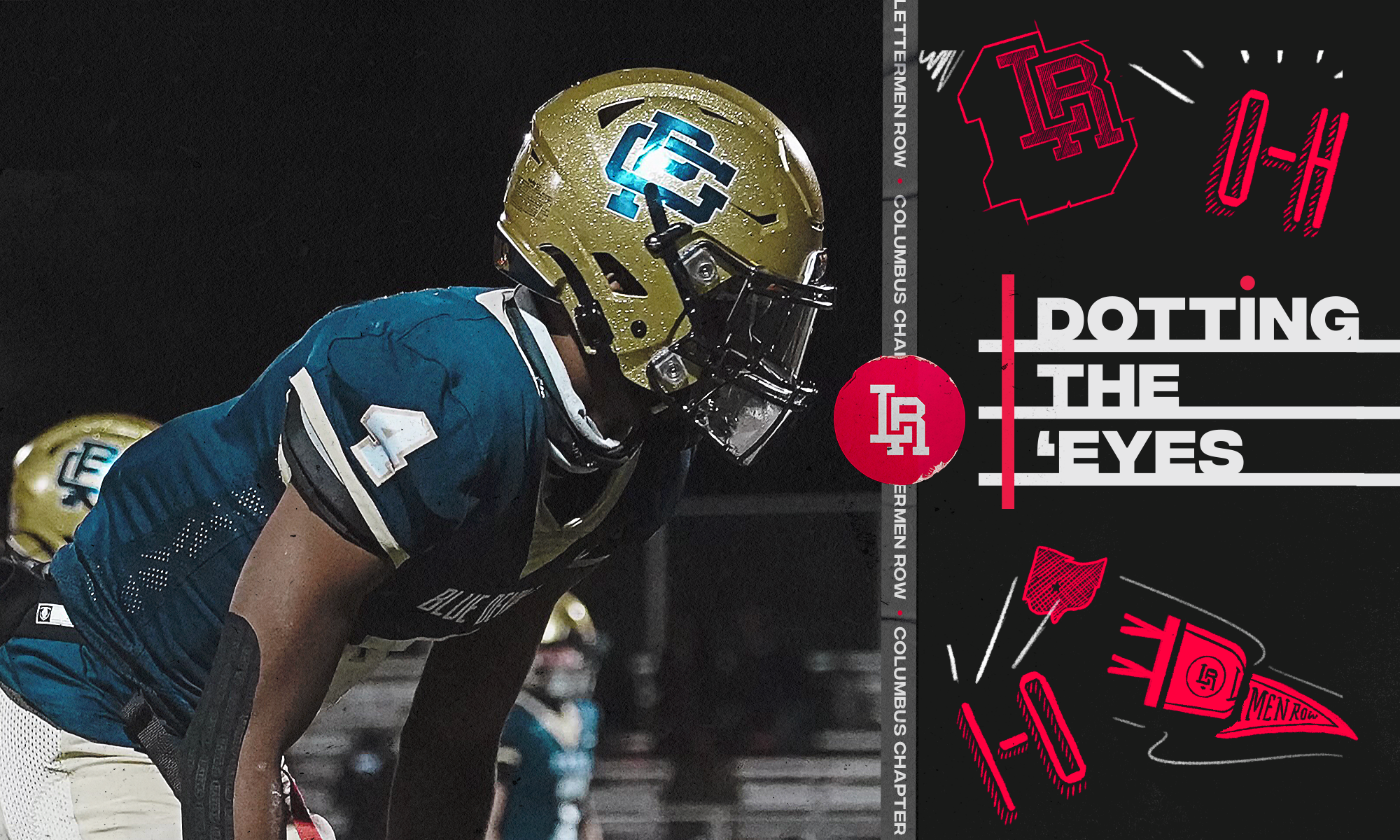 Will Johnson is a Michigan legacy but the uncertainty there could work in Ohio State's favor. (Will Johnson/Courtesy)

Stay in touch or be left out because Ohio State recruiting is a 24-hour, seven-day-per-week obsession. What’s the latest news as the Buckeyes build for the future? Get that and more Sunday through Thursday on Lettermen Row. The latest notebook touches on the recruitment of 5-star cornerback Will Johnson and gives thoughts on where the Buckeyes 2022 receiver recruiting could be going.

Will Johnson set to visit USC, decision could come soon after

The Buckeyes picked up a huge piece of their 2022 recruiting puzzle when 5-star cornerback Jaheim Singletary committed to Ohio State last Saturday. Momentum seems to be building toward another 5-star corner, Grosse Pointe (Mich.) South star Will Johnson, joining him in the near future.

First, though, he’ll make a visit to USC, one of his top remaining schools and the rumored frontrunner for 5-star cornerback Domani Jackson, a player who Johnson has suggested multiple times that he hopes to play alongside at the next level.

“Next weekend I am visiting USC, Jan 15-17,” Johnson told Lettermen Row on Thursday. “I should have a good idea where I am going then.”

Ohio State has been consistent in recruiting Johnson — a Michigan legacy — over the last few months, and he did make a visit to Columbus with his family in December. The coaching unrest at Michigan may have opened a door for the Buckeyes, even with the extension Jim Harbaugh signed on Friday. A decision from Will Johnson could come by the end of January, and right now, it feels like things are trending in the right direction for a big upset win.

The visit to USC, with Domani Jackson almost assuredly joining him, will probably tell the final tale. If the young Wolverines legacy wants to end up somewhere other than Michigan, it may be more palatable for those around him if he picks Not Ohio State.

Ohio State 2022 receiver recruiting may not be long game

There’s also more buzz happening around the 2022 recruiting class and, and as the Buckeyes have grown accustomed to, the receiver room is a pretty big part of it. The 2022 class has one commitment already from 5-star prospect Caleb Burton — who was recently moved to the No. 1 spot in the 247Sports.com composite rankings — and there are a number of kids who are rumored to be eager to join him.

Kyion Grayes has been near a decision since Ohio State offered him it seems, and as the Buckeyes season draws to a conclusion Monday night, there is some belief that the coaching staff in Columbus is going to be a bit more eager to sit down and truly turn their focus to recruiting, something that they’ve not done much of in in the last month or so during the College Football Playoff.

Grayes, along with Georgia standout Kojo Antwi, California’s C.J. Williams and Illinois star Kaleb Brown, are all real targets early in the process for Ohio State. With a limited number of openings at the position — three is probably the maximum, and even that could be pushing it — there’s a good chance that the receiver class of 2022 could be filled relatively quickly.

Ohio State offered Jacksonville (Fla.) Trinity Christian 2023 athlete Treyaun Webb in August, doing so when he was committed to Georgia. He had committed to the Bulldogs almost a year earlier, but as with a number of young players who have made early decisions, he has decided to reopen his recruitment and focus his process on six schools: Ohio State, LSU, Georgia, Oklahoma, Penn State and Florida.

“I have decided to decommit from the University of Georgia,” Webb, the No. 32-ranked player in 2023, wrote. “They’re still in my top six, I just need to strongly weight my options to make sure I am making the best decision for me.”

The Buckeyes have been a regular recruiting force in Jacksonville, signing Shaun Wade, Tyreke Johnson and Marcus Crowley from Trinity Christian in the last four years.