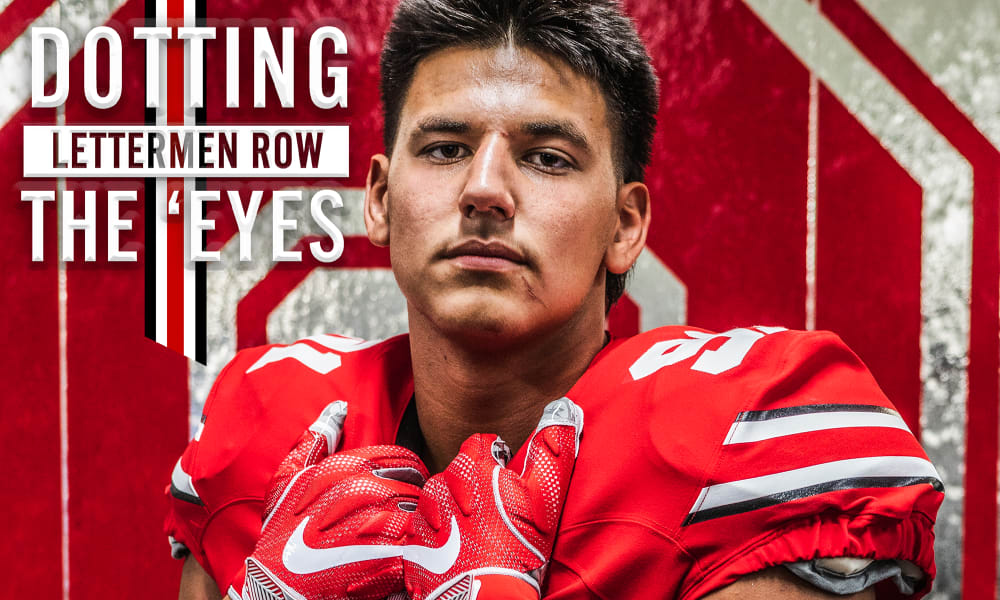 Stay in touch or be left out because Ohio State recruiting is a 24-hour, seven-day-per-week obsession. What’s the latest news as the Buckeyes build for the future? Get that and more Sunday through Thursday on Lettermen Row. Monday’s edition checks in on a trio of defensive line targets in the Class of 2020 and introduces a 2022 standout from New Jersey.

His family roots are in Detroit. And though he lives now in Utah, Van Fillinger still calls Michigan his dream school.

It’s his fandom of the Wolverines that has shaped his recruitment early and led to his 247Sports crystal ball being slanted 100-percent in Michigan’s favor. But the 6-foot-4, 250-pound strongside defensive end is trying to put those feelings aside while he sorts out his recruitment moving forward.

“Michigan has been my dream school ever since I could remember,” Fillinger told Lettermen Row on Sunday after visiting both Ann Arbor and Columbus. “My dad grew up in Detroit, but Ohio State really impressed me.”

Wow ! I’d like to give a BIG thank you to Ohio states coaching staff for their hospitality on this visit. With that being said I am blessed to have received an offer to The Ohio State university. #gobuckeyes pic.twitter.com/OluFyNEFpd

The Buckeyes offered Fillinger during his visit. Utah’s fourth-ranked prospect is also the country’s 21st-ranked defensive end, and he was glad to spend time getting to know legendary position coach Larry Johnson.

“[The takeaway] is just how they treat their players,” Fillinger said. “And the success in their program is very impressive. I liked Larry Johnson a lot. He was a very genuine man. You can tell he’s very honest, but you can also tell he wants the best out of you.

“I could see him fulfilling my potential if I went there.”

The surge of interest in Ohio State is new for Fillinger, and that’s not even tied to his Michigan roots. The Buckeyes only got involved in his recruitment very recently, but Fillinger quickly arranged a visit to take advantage of the already planned trip to see the Wolverines.

“We’ve only been talking about a week,” Fillinger said with a laugh. “They came by my school this week and I had already planned a trip to Michigan, but Ohio State showed good interest so I thought we should switch the flight and try to make it to both.”

Ohio State likely not the choice for Braiden McGregor

On Sunday night, top defensive end target Braiden McGregor, a long-time target of Larry Johnson and Ohio State, announced he’d be making his college decision at the end of this week.

McGregor took an official visit to Florida over the weekend, and despite hoping to visit Ohio State again before a choice is made, he’s not returned to Columbus yet. Even if the country’s fifth-ranked strongside defensive end visits the Buckeyes this week — which he does not appear to be doing — it appears it’d be too little, too late for Ohio State.

Michigan and Notre Dame are the frontrunners in this recruitment and have been for some time now. The new decision timeline would all but indicate that Ohio State is out of this race.

The Buckeyes are the lone non-SEC or non-Texas based school to make the cut. Broughton, the fifth-ranked defensive tackle in the country, is a player getting a lot of attention from Larry Johnson. He is very likely to be heading to Texas, which has done a remarkable job recruiting him — but if there’s a coach anywhere in the country capable of swaying him, it may be the venerable Johnson.

Broughton is expected on campus for the first time at Ohio State in mid-June when he’ll make an official visit. If there’s any chance for Johnson and Ohio State to sway him, they’ll need to hit a home run during that visit.

On August 3rd I Will Be Making My Final Decision‼️#Flyhighgrandma ❤️🕊

“This is one I’ve been hoping to earn for a long time,” he said of the Ohio State scholarship. “I’m definitely taking them into consideration. I have paid attention to people like Joey Bosa and other defensive linemen who have came out of there. I know the academics for the school are really huge, and that plays an important role for me.”