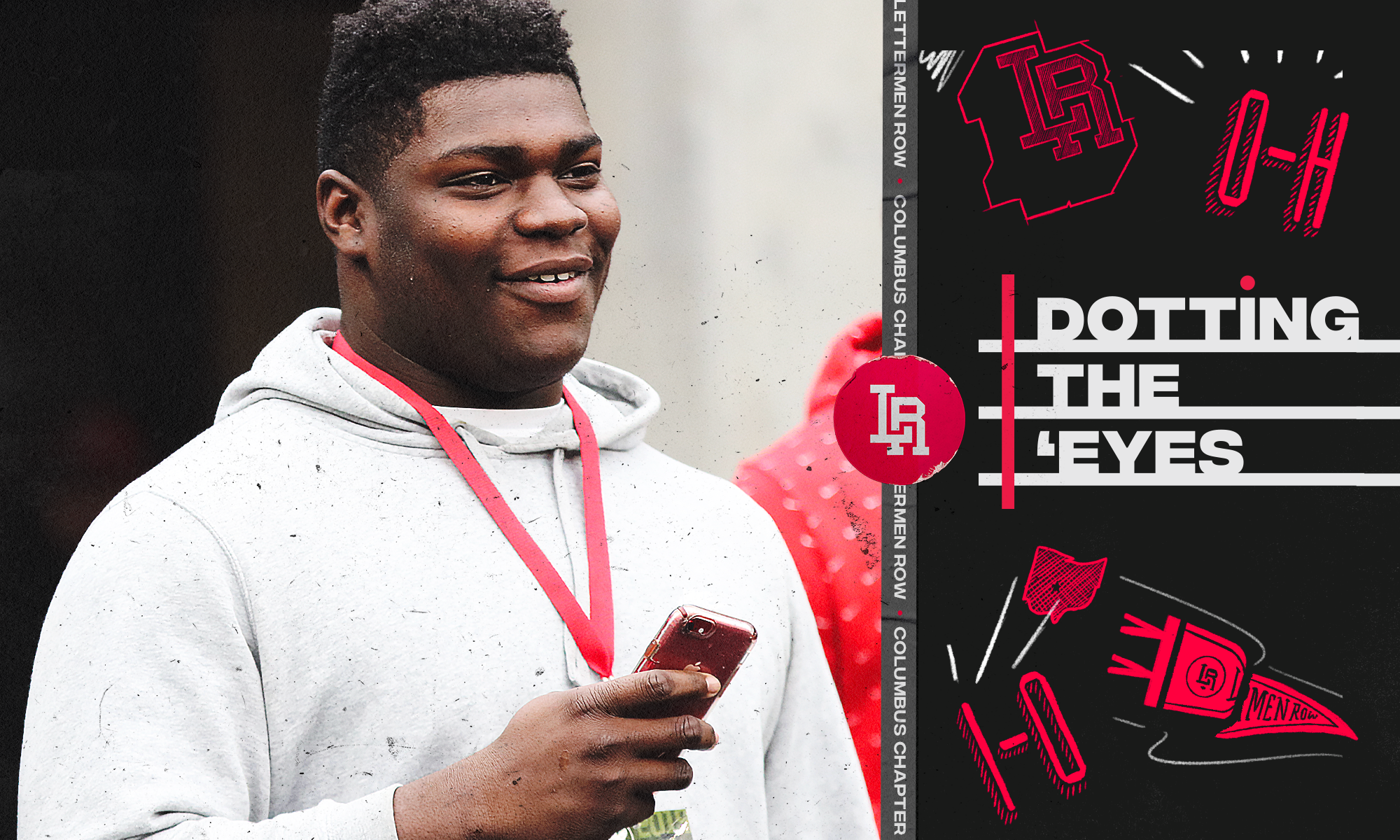 Tywone Malone is a major target for Ohio State and has been for a while. (Birm/Lettermen Row)

Stay in touch or be left out because Ohio State recruiting is a 24-hour, seven-day-per-week obsession. What’s the latest news as the Buckeyes build for the future? Get that and more Sunday through Thursday on Lettermen Row. Monday’s notebook checks in on the latest Ohio State scholarship offers and breaks down what was a telling weekend on the recruiting trail along the defensive line.

The Buckeyes have three defensive linemen committed in the Class of 2021 and a number of prospects who they’re still evaluating with the hope of getting to five, possibly six, at the position in total for this cycle.

Over the past few days, the real priorities in the class have begun to take shape. But that’s not a result of anything that Ohio State has done, rather it’s a result of what it hasn’t done being revealed. What the Buckeyes haven’t done, in these cases, is make either recently committed player a true priority on the recruiting trail. That, oftentimes, is the real challenge of covering and following recruiting.

To sum it up, two linemen that held Buckeyes offers committed elsewhere. The first, defensive tackle Marcus Bradley, opted to stay home and play for Maryland. Larry Johnson had maintained pretty regular communication with Bradley since the 4-star interior lineman made a pair of visits to Ohio State last November. Bradley is the country’s No. 10-ranked defensive tackle, but there had been no real push for Ohio State to take him in its 2021 class right now. So when he things began to shift towards Maryland and there wasn’t a renewed effort by the Buckeyes, that seemed to all but write the tale for how Ohio State’s defensive tackle hierarchy looks.

At defensive end, a local prospect with an early Ohio State offer committed to Northwestern. Najee Story, a 4-star prospect from Solon, picked the Wildcats on Sunday. He’s also been in steady contact with the Buckeyes, but the Ohio State coaching staff had a number of players ahead of the 6-foot-4, 240-pound lineman. The Buckeyes were not a realistic option for him at this time.

There are a few remaining elite options on the board for Ohio State along the defensive line. First, the Buckeyes remain in serious contention for 5-star lineman J.T. Tuimoloau, and on Sunday they were included in the top-14 schools for New Jersey defensive tackle Tywone Malone.

Malone is the top pure defensive tackle on the list for the Buckeyes, and while a top-14 list doesn’t tell us much at all, there remains a strong belief that they are one of the top choices for the country’s No. 5-ranked defensive tackle.

The Buckeyes are still looking for defensive linemen and the list of real targets is shrinking. It seems Ohio State is OK with that.

Lettermen Row has detailed the growing relationship between the Buckeyes and 4-star 2022 tight end Donovan Green, who told us recently that he was waiting to get on the phone with Ryan Day for the first time and believed that conversation would lead to landing a scholarship offer from the Buckeyes.

Turns out he was right.

Green, the country’s No. 1-ranked sophomore tight end, talked to Day for almost 40 minutes, a call that ended in the above scholarship. The 6-foot-4, 225-pound Green knew the offer was coming, but he was still excited by it.

“It feels good getting that one,” Green told Lettermen Row. “Ryan Day seems like a good guy to me. He’s a player’s coach.”

The offer from Ohio State is No. 31 for Green. Like many of his peers, he is trying to navigate a peculiar time in recruiting. The summer between a prospect’s sophomore and junior season is often the most pivotal in recruiting. Without being able to make visits to top schools, players like Green will be tasked with making some difficult decisions — and in some cases doing so without all the information that their predecessors have had access to.

“I will probably not know anything until my senior year,” Green said. “I really have to try and look at all the schools the same, because I don’t want to pass up a good opportunity. But I know I can’t visit them all. Some kids are deciding now, but each position is different as far as evaluating the right fit, even if some colleges with certain positions make it easier to choose.

“Some guys don’t need to visit if that was their dream school and it looks like they jump in without the visit.”

Ohio State’s recruiting plan for tight end in 2022 is to bring one player in at the spot — contingent on signing a pair of prospects at the position in this cycle.

Catching up on recent scholarships offered by Buckeyes

Green was not the only member of the 2022 recruiting class to land an Ohio State offer in the last few days. The Buckeyes have been busy looking ahead to the next cycle as they narrow down the 2021 list to just a handful of remaining prospects.

Here’s a rundown of who has reported an Ohio State scholarship offer in the last couple of days.