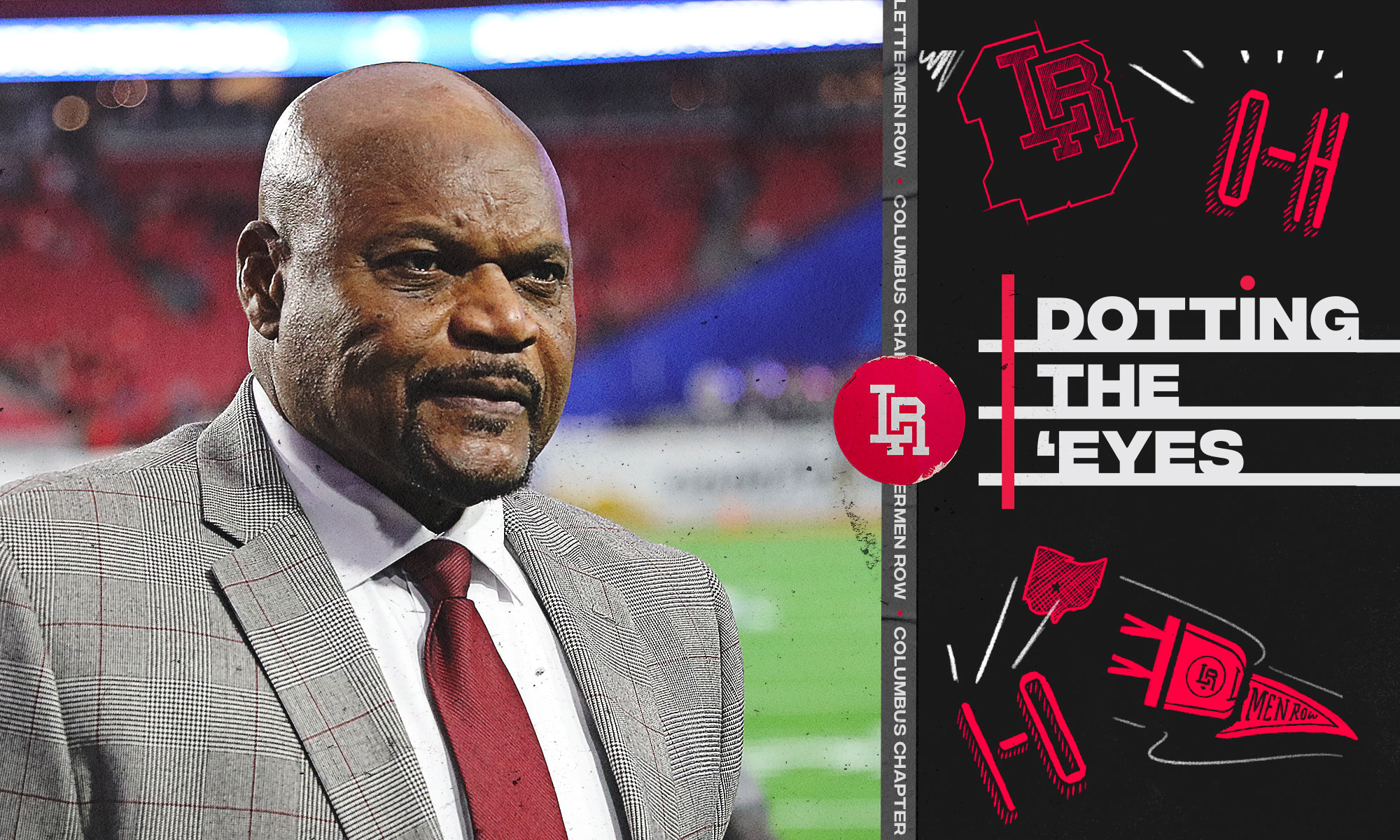 Stay in touch or be left out because Ohio State recruiting is a 24-hour, seven-day-per-week obsession. What’s the latest news as the Buckeyes build for the future? Get that and more Sunday through Thursday on Lettermen Row. Today’s notebook has more on Ohio State’s bounce back following the Tunmise Adeleye decommitment and the latest on a pair of tight end targets in the Class of 2022.

Back in April, Tunmise Adeleye surprised a lot of people by not only committing when he did, but by committing to Ohio State and defensive line coach Larry Johnson. It wasn’t that Adeleye hadn’t been fond of the Buckeyes, but there’d been little to no public discussion about him and the Big Ten champions for months leading up to his sudden announcement.

Of course, Adeleye has since decommitted — revealing that he wasn’t ready to make that decision when he did. And that forced the Buckeyes to circle the wagons on the defensive line recruiting front at a time when wagon-circlin’ isn’t coming easily. After all, no one can make worthwhile campus visits without some serious NCAA loophole bending, and the Ohio State coaching staff has for all intents and purposes put recruiting on a kind of temporary hold.

Yet on Monday night, the internet was abuzz with Buckeyes commits hinting at the next possible addition to Ohio State’s top-ranked 2021 recruiting class. Then, from Manassas (Va.) came word from defensive tackle Tyleik Williams that his college choice was set to be public on Thursday evening, and it didn’t take long for the math to be sorted out.

Alabama, Virginia Tech, North Carolina, LSU and South Carolina were all in the final-six schools for the 6-foot-3, 330-pound 4-star defensive tackle.

The country’s No. 10-ranked interior lineman has not visited the Buckeyes, and with months until signing day and no known timeline for visits to campus, it’ll be fun to watch the next segment of this recruiting story unfold.

Another Ohio State target is confirmed to be making a commitment soon, and that’s 2022 tight end Bennett Christian. The 6-foot-6, 230-pound 3-star prospect from Acworth (Ga.) Allatoona High School joined Birminology last week to talk about his recent trip to Columbus and his planned trip last weekend to Tennessee, where his father played.

Now it’s closing in on announcement time for the nation’s No. 19-ranked tight end. The Buckeyes are trending ahead of the Volunteers despite his family’s ties to Knoxville with a little less than a week to go before a decision is made.

Christian is committing on Sept. 1.

What does Benji Gosnell do if Christian picks Ohio State?

There’s a plan for Ohio State to take two tight ends in the Class of 2022. So if Christian ends up picking the Buckeyes on Monday, it’ll be interesting to see where they turn for a second option. There are a few intriguing options close to home, sure, but North Carolina’s Benji Gosnell has been one of the program’s top targets throughout the last few months. He’ll no doubt continue to be recruited hard by Kevin Wilson and Ohio State.

Gosnell, the nation’s No. 11-ranked tight end, has heard the speculation about Christian, but it won’t affect him moving forward.

“They’re taking two tight ends,” Gosnell told Lettermen Row this week. “If Bennett picks them then it’ll have no effect on me.”

What could have a continued affect on Gosnell is the everlasting dead period caused by Covid-19. He’s considering making a trip to Columbus to get a feel for the city in the near future even if he won’t be able to spend time on campus with any coaches or players.

“I’m not big on having to see campus and things, but I would like to see the place I commit to before I pulled the trigger,” he said. “I just need to be there one day and I think I’ll have a feel for it.”

Gosnell’s older brother plays for North Carolina, and he’ll return to Chapel Hill this week to see the Tar Heels scrimmage as a family member, not a recruit. He is also hoping to get himself down to Florida to see the Gators as well before he makes a commitment anywhere.

Going back to North Carolina, the class of 2022 and circling back to Larry Johnson, the Buckeyes did offer a new young prospect on Monday.

His name is Malaki Hamrick, and he hails from Shelby (N.C.). He’s a 4-star prospect at outside linebacker, but his frame and pass-rushing acumen suggests he’d be an excellent edge rusher down the road with his hand in the ground.

It was Johnson and Ryan Day who did the honors and offered the 6-foot-4, 200-pound Hamrick. Johnson’s influence caught the young standout’s attention immediately.

“Knowing who he has coached and the defensive ends that have played under him [matters],” Hamrick told Lettermen Row. “This could be a life-changing opportunity.”

Covid-19 has provided some recruitment changing opportunities and Hamrick, like everyone else, is trying his best to adjust knowing it could delay him from making key, in-person recruiting visits.

“Covid has slowed things down as far as me actually getting to places,” he said. “But a lot of places has done a good job of virtually putting things out. Right now I’m just continuing to be the best version of myself I can be. Academics is still No. 1 for me. My big brother is home, so we have been pushing each other lifting weights and doing field work.”

Hamrick had 19 sacks as a sophomore.