Connect with us
Tunmise Adeleye is returning to Ohio State for his second visit to see the Penn State game. (Tunmise Adeleye/Twitter)

Ohio State football recruiting can be a wild ride full of twists and turns as recruits from all over the country maneuver their way to signing day. Lettermen Row is here to help navigate the tumultuous roads by getting to the heart of the matter with the young football players themselves. Birminology shows who the young men being recruited by Ohio State truly are — by talking to them. Today’s guest is Ohio State 2021 defensive line target Tunmise Adeleye, a Top 100 prospect in the junior class.

It’s never easy to recruit football players from the southern part of the United States for a program located north of the Mason-Dixon line. That is true even for Ohio State, a program that has as much cachet as any from any part of the country.

But while the Buckeyes don’t have great success traditionally in southern states, every so often there’s a player who seems to have much more than a perfunctory interest in the Scarlet and Gray.

“If there’s a school that can make me do it, it’s going to be Ohio State,” Adeleye told Lettermen Row. 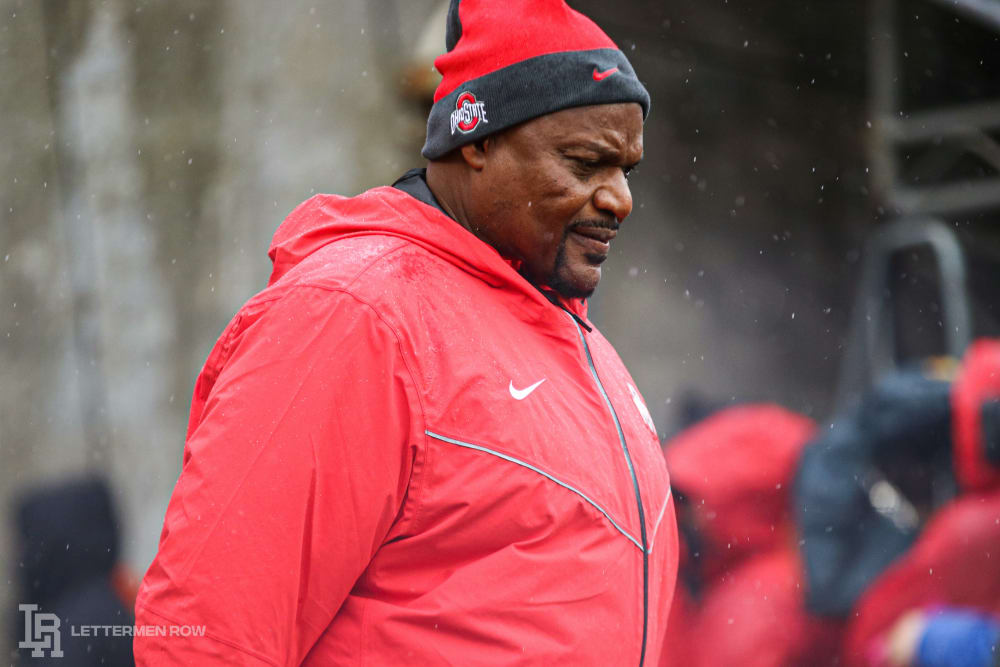 The reason for that is very simple, according to the country’s 25th-ranked player in the Class of 2021.

“[Defensive line coach] Larry Johnson is an elite defensive coach who knows how to mold not just great linemen, but men of character,” Adeleye said. “It’s really simple for them to remain in my top schools moving forward. Just continue to win and continue to build a relationship with me and my family.”

What is Tunmise Adeleye looking forward to about his next visit to Ohio State? When does he want to make a college decision? What does he think about playing as a 3-tech defensive lineman? Find out those answers and a lot more in this week’s edition of Birminology on Lettermen Row.