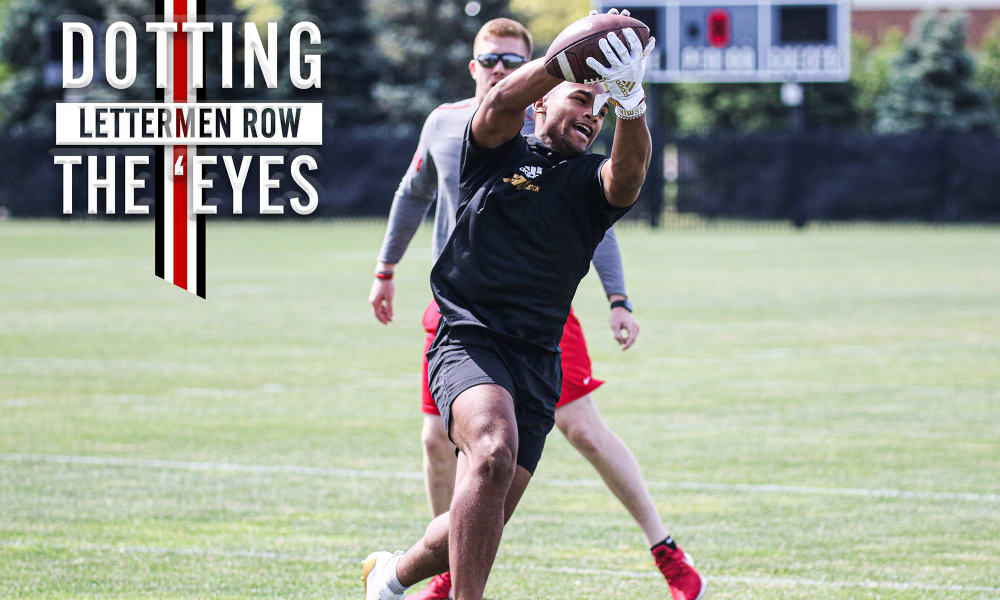 Louisiana receiver Ja'khi Douglas made the trip to Columbus and worked out for Ohio State. (Birm/Lettermen Row)

Stay in touch or be left out because Ohio State recruiting is a 24-hour, seven-day-per-week obsession. What’s the latest news as the Buckeyes build for the future? Get that and more Sunday through Thursday on Lettermen Row. Wednesday’s notebook talks Ohio State’s latest recruiting camp and update and has another update on recent tight end offer Joe Royer.

Fort Lauderdale 2021 receiver Troy Stellato made his way to Ohio State in April for the spring game and walked away feeling very good about the program. The Cardinal Gibbons High School standout made his feelings about the Buckeyes easy to understand in April and told Lettermen Row then that he’d be back on campus for a camp in June.

That happened on Wednesday as the 6-foot-1, 170-pound wideout showed up at the Woody Hayes Athletic Center bright and early. And despite a nagging ankle injury, Stellato exhibited good speed, hands, explosiveness and toughness in front of Buckeyes coach Ryan Day, receivers coach Brian Hartline, offensive coordinator Kevin Wilson a host of other staff members.

Stellato came into the workout nursing a right ankle issue and turned it over pretty good mid-route in a receiving drill. But he brushed it off and finished the morning workout, which seemed to really impress the Buckeyes staff members that were watching.

“The ankle is alright,” Stellato told Lettermen Row following the camp. “I just tweaked it again. The coaches said they liked what I put out there today and they loved how I came back to get a couple more reps after I hurt my ankle.”

Stellato left Ohio State without an offer but remains a young player that the staff is watching closely as they really begin to examine the needs in the Class of 2021. He’s staying patient and believes an offer will come at some point. His affection for Ohio State hasn’t changed.

“There’s no other school in the country, in my opinion, that’s like Ohio State,” he said. “It just feels like home, and I love everything about it. Ohio State is a huge school and I know that an offer from there will take some time, so I just have to stay patient.”

While he’s in the Midwest, Stellato — who has nine early offers — will make a Thursday stop at Toledo and then a Friday stop at Michigan.

Stellato wasn’t the only intriguing receiver to make his way to Columbus on Wednesday. Terrebonne (Houme, La.) High School 4-star prospect Ja’Khi Douglas, who Lettermen Row introduced to readers two weeks back, made his promised visit to Ohio State as well.

Douglas, the country’s 37th-ranked wideout according to the composite rankings at 247Sports, is a true slot receiver, a position that the Buckeyes have not secured in the last two recruiting classes. That’s what makes him an intriguing option as teams like Florida State, Michigan, Penn State and others have offered.

On Wednesday, he worked in the same group as Stellato and was very quick in and out of his breaks and was efficient in getting himself to top gear. He worked out for approximately 30 minutes and was then asked if he’d be willing to run a 40-yard dash for the Buckeyes staff. Despite an obvious leg injury and maybe some cramping as well, he ran it not only once, but twice. I had him clocked in somewhere in the 4.60-4.68 range, which is significantly lower than his electronically-timed (and verified) 4.48 that is reported on his recruiting profiles.

Douglas had a good day at Ohio State, and though I don’t think he’s done enough to move into any kind of true competition with players like Cameron Martinez and Mookie Cooper, he’s probably done enough to remain a name to know if either Martinez or Cooper head elsewhere.

One of the top prospects in attendance at Wednesday’s camp was offensive lineman Connor Colby, a 2021 prospect from John F. Kennedy High School in Cedar Rapids, Iowa. Colby, a 6-foot-5, 270-pound rising junior, was offered by the Buckeyes following his workout session with the coaching staff.

Extremely blessed to receive an offer from The Ohio State University! Thank you @CoachStudOL for this opportunity. #GoBucks pic.twitter.com/BJR3R1hNQC

“It was a complete surprise,” Colby said. “I’m still in shock. I guess they liked what they saw when I was working out.”

Colby is Iowa’s second-ranked player in 2021, and the offer from the Buckeyes is his sixth. He told Lettermen Row he was impressed by what he saw at Ohio State despite only having a short window to see the entirety of the program.

“I only talked to Ryan Day for a few minutes, but I feel like he’s a really good guy from the impression he made,” he said. “It’s a place I’d like to get back out to in the fall and experience the atmosphere on a game day. It’s a great place with great tradition.”

Last Thursday the Buckeyes offered 2021 tight end Jordan Dingle following his performance at their one-day camp, and on Wednesday it was Jacksonville (Fla.) Episcopal Nick Elksnis tight end who stood out and walked away with an offer.

“The coaches said that they were very impressed, and quite frankly surprised, with how well I did,” the 6-foot-5, 220-pound soon-to-be-junior told Lettermen Row. “I felt like I did well but I could’ve done better.”

Elksnis was very impressive, running with great fluidity for a young player of his size and showing aggression and explosion in blocking drills that he’s likely not had to do much of before.

With offers from Ohio State, Michigan, Florida State, Florida, Miami, North Carolina and others, expect the country’s 11th-ranked 2021 tight to move up the national-ranking boards quickly over the next few months. 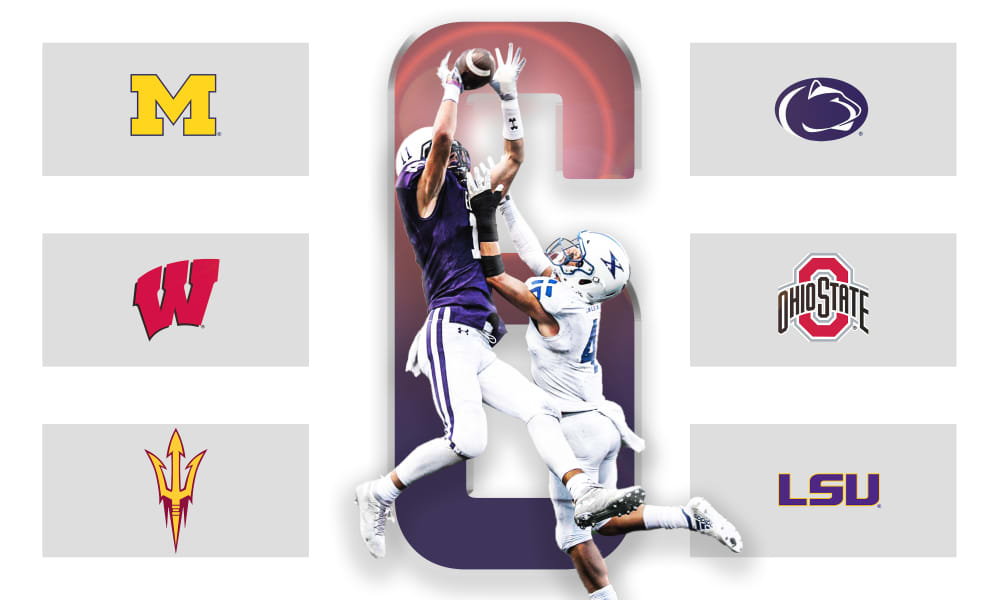 In Tuesday night’s edition of Dotting the ‘Eyes it was mentioned that we should see Cincinnati Elder 2020 tight end narrow down his top schools list ahead of what could be a midsummer college decision.

Ohio State, Penn State, Michigan, Wisconsin, Arizona State and LSU are the top schools for the 6-foot-5, 225-pound Royer. He’ll make his first and only currently scheduled official visit to Ohio State over the June 21 weekend.