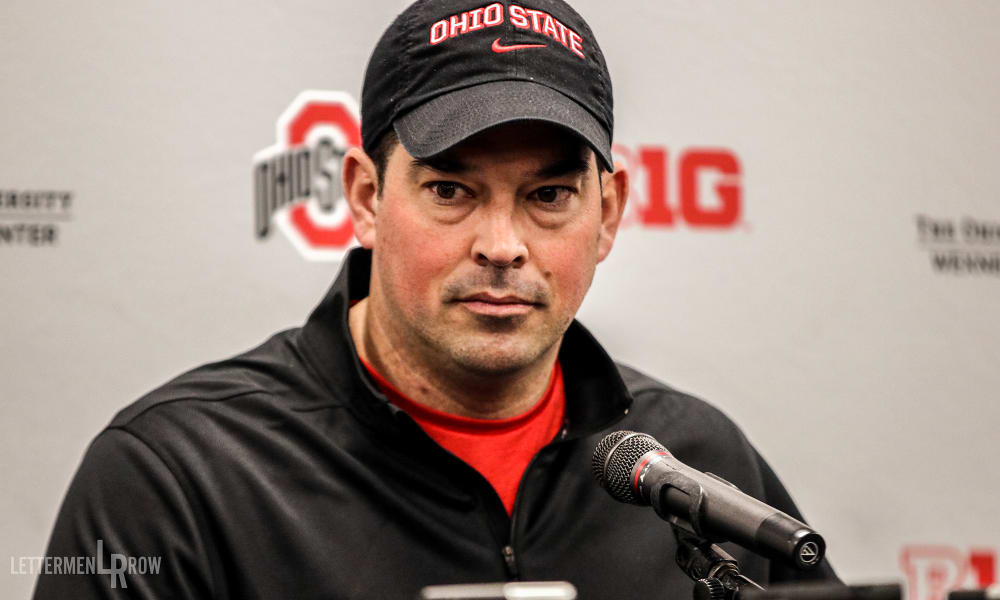 Have a question about Ohio State recruiting? This is the place for you, five days a week. Submit your questions on Twitter or on the Lettermen Row forums. Check in daily to see what’s on the mind of Buckeyes fans all over the country. Today we talk about the decision to offer a couple of in-state prospects a touch earlier than in recent years.

Why does every recruiting update now seem to focus middle tier “rising” 3 stars? Bucks seem to be trending down for all the big time talent they appeared to be front runners for

It’s funny, isn’t it? No matter how successful the recruiting efforts were under Urban Meyer, Ohio State was questioned and challenged when it came to how it was recruiting the state of Ohio.

The detractors claimed the Buckeyes weren’t prioritizing the state with Meyer in charge, and the lack of attention paid to the state’s borders in recent years had seemingly played a major part in the program not being able to sway players like offensive linemen J.D. Duplain, Nick Samac, Zeke Correll and others when it came calling later in their recruitment.

Some lamented that Meyer was too focused on the best of the best around the country. Then when those recruiting efforts fell flat, Ohio State wasn’t able to make the ground up.

Now after two months of being the permanent head coach at Ohio State, Ryan Day is being criticized because he’s offered and accepted commitments from two Ohio linemen who may not have received an offer this early from Meyer. Day has been adamant since his hiring that he was going to prioritize in-state recruiting in an effort to prevent the type of misses Meyer suffered in the last two recruiting cycles, and it’s because of the way Meyer’s staff was handling in-state targets that the offensive line has become such a dire recruiting situation at the moment.

Make up your mind: Do fans want Ohio players suiting up for the Buckeyes or not?

Recruiting isn’t what it was 20 years ago. Kids aren’t sitting on their hands waiting to hear from the Buckeyes, and there’s no good reason for them to wait before offering players like Jakob James and Trey Leroux if the coaching staff believes they’d be circling back on them eight months from now. There are too many good schools offering these players early in the recruiting process for the Buckeyes to risk losing out on the relationship-building that has proven critical in recent cycles.

Ohio State needs six offensive linemen in the Class of 2020. It currently has two top-100 prospects committed at the position and two developmental, in-state prospects that Day and his coaching staff believe will help the program down the road. If the Buckeyes add two more top-100 players along the offensive line, which will now be their aim, does that change the value of James and Leroux? If those players were offered in September and flipped from other schools, does that?

It shouldn’t. Ohio State knew what it was looking for in the state and knows that young men like Jakob James and Trey Leroux aren’t going to play the recruiting game. They’re not going to have to worry about these kids entertaining other offers and making visits elsewhere. They’ve landed two big-bodied, talented kids who will work their butts off to validate themselves in the eyes of their fans.

The Buckeyes have seven 2020 commitments, and five of them are players that any school in the country would love to have committed at this point. The other two are players Day and his staff scoured over repeatedly and believe can help the Buckeyes. Shouldn’t that be good enough?

The decisions that Mark Pantoni and his recruiting staff made under Meyer were largely trusted, and that should still apply now for Pantoni and Meyer’s hand-picked successor. Day knows what he is doing, and he’s just getting started at the helm for Ohio State.