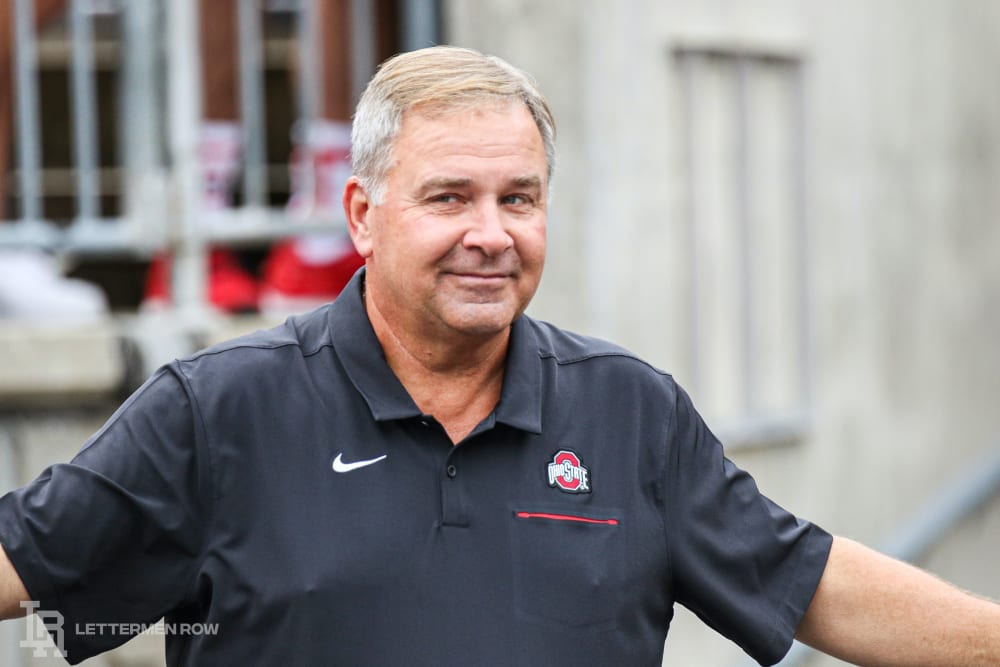 Have a question about Ohio State recruiting? This is the place for you, five days a week. Submit your questions on Twitter or on the Lettermen Row forums. Check-in daily to see what’s on the mind of Buckeyes fans all over the country. Today’s question asks about an intriguing local option at tight end as the Buckeyes look to complement the commitment of Sam Hart.

Offer possibly coming for Jack Pugh if we want a second TE? Like to keep in state talent home personally.

For most of the last recruiting cycle, the plan for Ohio State was to take two tight ends. A re-examination of the current and future roster forced a change in that approach last summer.

There was still a lot of intrigue around the position heading into camp season however, including the debate about which prospect to offer inside of Ohio following a one-day camp in Columbus that saw an intense battle between Cincinnati Elder’s Joe Royer and Luke Lachey from Grandview Heights.

Royer became the choice. And though there was still some discussion as to exactly how Ohio State could add a program legacy Lachey in December, he signed with Iowa and the clock officially turned to 2021 for tight end recruiting.

And the cycle began anew, with the plan for 2021 starting the same way 2020 did: A goal of signing two tight ends.

Ohio State wasted no time landing the first when Colorado’s Sam Hart picked the program at the end of December. And with his verbal, a new list of options emerged as the second tight end in what will be one of the nation’s best recruiting classes. That list includes players from coast to coast who have been in conversation with Kevin Wilson and the Ohio State staff, many of them who have already been on campus for in-person visits with the Buckeyes.

Tucked away at the bottom of the recruiting big board options is local standout Jack Pugh, the lone player on the list who hadn’t been offered Ohio State. But he’s absolutely worth paying close attention to moving forward.

For starters, Pugh has ideal size for a Big Ten tight end at 6-foot-5 and 235-pounds. He’s a basketball guy, so he’s obviously athletic. He is also really good at using his body to create space. He’s raw, though, and has only played a couple of years of football — but in some ways that’s what is exciting about young athletes like him. There’s a lot of work to do, but there’s a lot of room there to do it.

However, the fact that Pugh is so raw is what makes it seem pretty likely that he’ll need to camp this summer in Columbus if he wants to earn an offer from the Buckeyes, like Royer did last year. The two sides are talking, and there’s a plan for Pugh to visit Ohio State in March. But to turn from interest to offer will require Pugh to be patient as the Buckeyes evaluate him and get to see him up-close-and-personal.