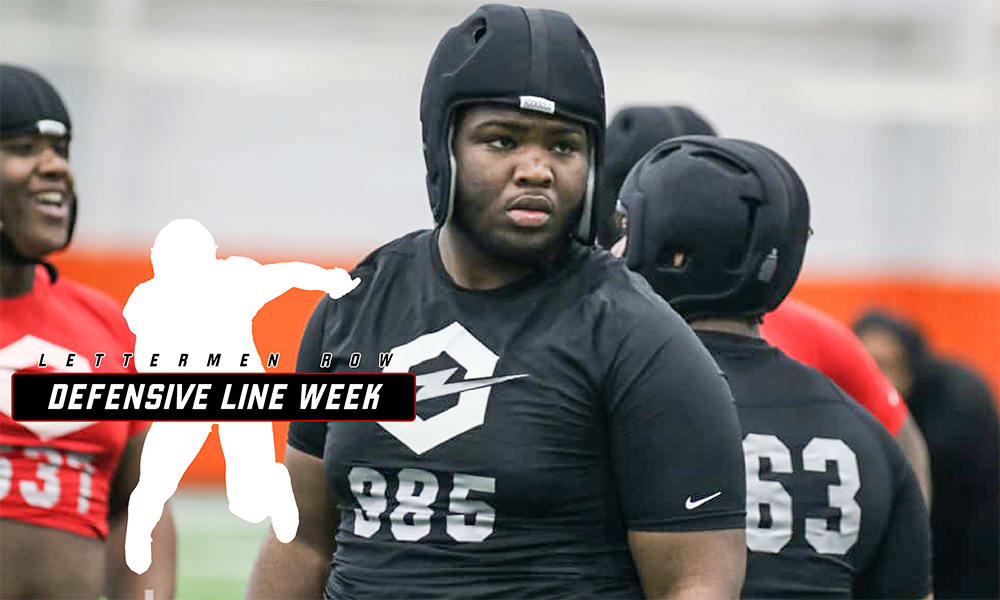 Have a question about Ohio State recruiting? This is the place for you, five days a week. Submit your questions on Twitter or on the Lettermen Row forums. Check in daily to see what’s on the mind of Buckeyes fans all over the country. Today’s question is about Madison-Groveport two-way lineman Terah Edwards, who committed to Northwestern in April.

Is Terah Edwards being recruited as a DL by the staff? Flip?

When Ohio State first began paying close attention to Terah Edwards in late February, there was some confusion about which potential role the coaching staff in Columbus saw in his future.

College coaches from various schools see the 6-foot-2, 315-pound prospect differently. Some think his future is at defensive tackle, while some see him as a potential guard on the offensive side of the ball. Edwards personally sees himself as flexible and is willing to play either spot — at least that’s what he told Lettermen Row in February.

“I will play either side of the ball, and I’m getting recruited on both sides — but more on offense,” he said. “I have no preference. I enjoy playing both.”

In March, Edwards visited Ohio State multiple times, getting to know the Ohio State coaches. He was told then that Larry Johnson believed he had a future along the defensive line. He was also told at that time what would need to happen if he was really interested in earning an Ohio State offer. 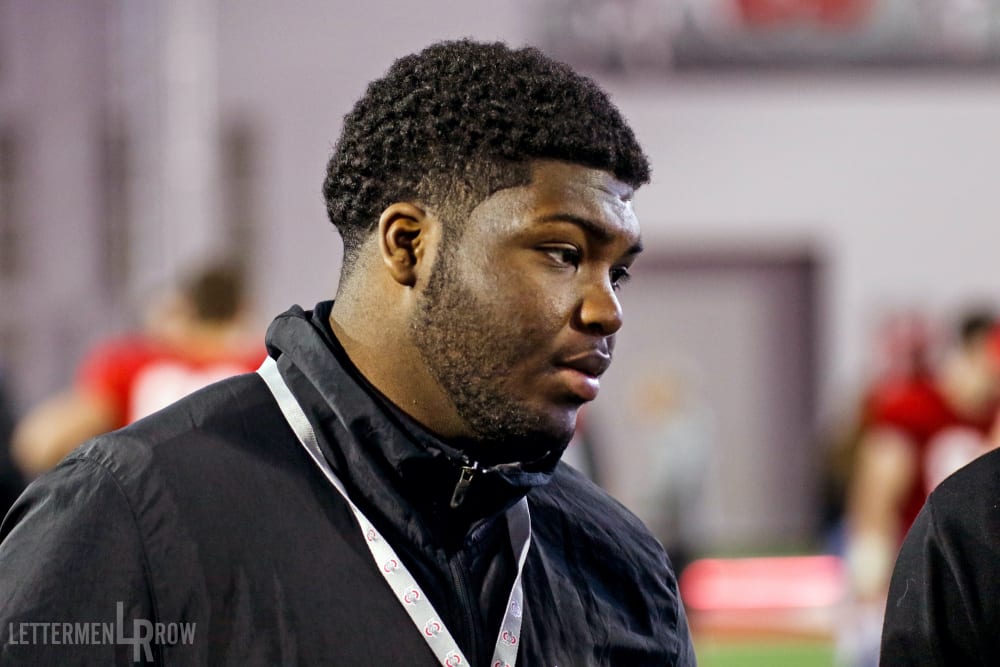 “He said I have to come to camp this summer to get that offer if I really want it, but that he wants me to get back up and spend time with him again soon,” Edwards said in March. “He told me the feeling of earning an offer at camp would be much better than him just handing me an over today. I’m going to go camp and just see what happens.”

That was the plan at the end of March. However, two weeks later, Edwards committed to Northwestern during a weekend visit to Evanston. The Wildcats under coach Pat Fitzgerald have a very strict no-visit policy for their commitments, and because of that, it’s likely that the pursuit of Ohio’s 20th-ranked prospect (according to 247Sports.com) is over.

But Edwards has continued to be recruited by the Buckeyes — or at the very least they have checked in on him. Johnson has stayed in contact with Edwards, though it’s not been aggressive recruiting by any means, and so have other Ohio State staff members. The Buckeyes would love to see him at a camp in June for a more thorough defensive-line evaluation.

But if that’s going to happen, it would require Fitzgerald to bend his own rules or Edwards could risk his place in the Wildcats class by making a camp visit behind the back of the Northwestern staff. From my experience with talking to the young prospect, I don’t think that is likely.

Bottom line here? Sure, there’s a chance of a flip down the road, but for that to transpire, there is a need for some tough decisions to be made by the Groveport-Madison star or the Northwestern coaching staff.