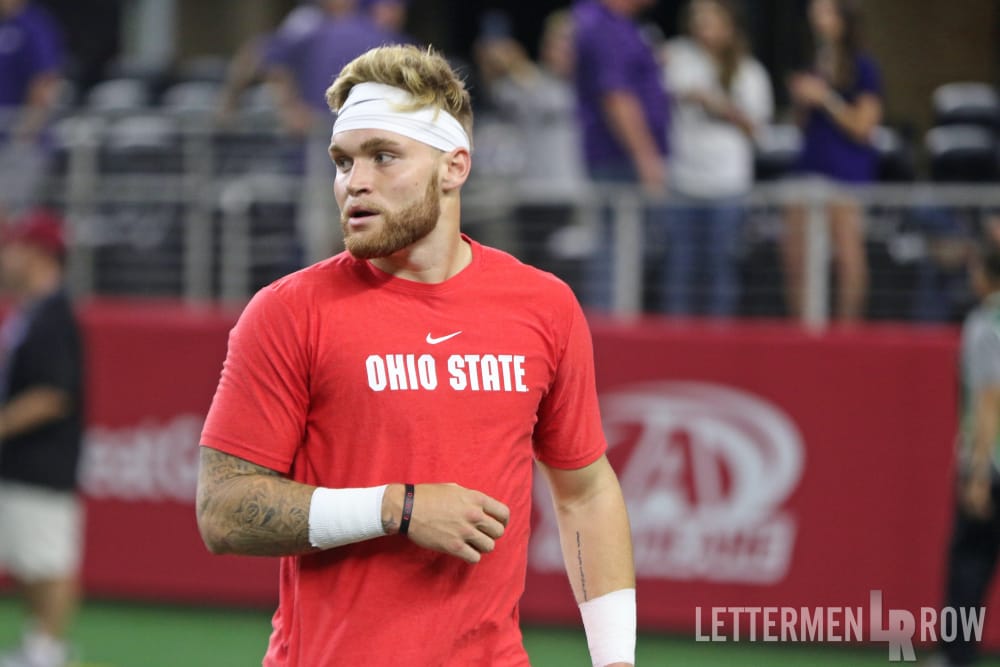 Ohio State will need to add another quarterback now that Martell is heading elsewhere. (Birm/Lettermen Row)

Have a question about Ohio State recruiting? This is the place for you, five days a week. Submit your questions on Twitter or on the Lettermen Row forums. Check in daily to see what’s on the mind of Buckeyes fans all over the country. Today’s question is about the quarterback position and why the Buckeyes will have to add another sooner rather than later.

Will OSU only go into 2019 with 3 scholarship QBs on roster (Fields, Baldwin, Chug) or will another transfer/2019 commit come to Columbus? Assuming Tate leaves, of course.

Let’s start with what I feel should be painfully obvious at this point: Assuming Tate Martell leaves Ohio State after entering the transfer portal a week ago is a smart, correct assumption.

Martell has been to West Virginia and Miami already since his announcement as he looks for the right landing spot, and the Buckeyes have no real choice but to move on and prepare for the 2019 season Tate-less.

Ohio State lost a commitment from Dwan Mathis on signing day because he was worried the program would end up landing Justin Fields, which ended up being correct. But Fields was likely brought in because Ohio State was concerned it would need another quarterback by the end of the spring anyway. Do you see what I’m saying? The Buckeyes believed they’d go into the summer with four scholarship quarterbacks, but there were enough concerns about Martell’s future that I am not convinced they believed he would be one of those four quarterbacks.

So, is it reasonable now to assume that the Buckeyes would add a fourth quarterback again? I think that’s almost guaranteed, and Ryan Day said as much during one of his earliest press conferences as Ohio State coach.

“We always want to have four,” Day said in mid-December. “It’s going to start off with Dwayne [Haskins] and seeing what his decision is, and then we’re going to go from there.”

Haskins made his decision and as expected, he is off to the NFL. So, the matter of where Ohio State is going to go from there is what’s next — and the options appear extremely limited among prep prospects three weeks before signing day. 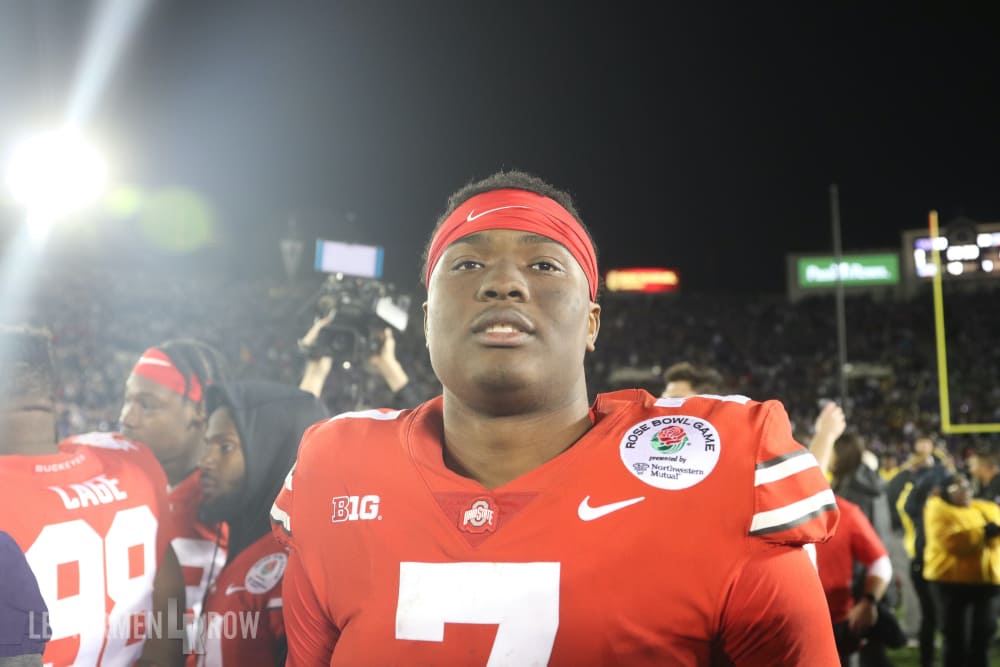 The departure of Dwayne Haskins to the NFL also makes the math a bit trickier for Ohio State. (Birm/Lettermen Row)

Only one of the country’s top-50 quarterbacks in the Class of 2019 isn’t signed or committed, and the Buckeyes aren’t showing any interest at Louisiana’s Lance LeGendre, who is more likely a slot receiver in the eyes of a lot of college evaluators.

Assuming again, if the Buckeyes are going to end up with a fourth quarterback, they will turn to the grad-transfer market. That’s where the Buckeyes added Chris Chugunov right at the start of fall camp last year, so at least the timing now is a touch more advantageous than it was then. However, it’s extremely unlikely that players like Jalen Hurts or Brandon Wimbush (he’s heading to UCF) are going to really consider Ohio State with the knowledge that the NCAA hardship case for Fields is likely going to lead to his immediate eligibility with the Buckeyes.

As I look at potential options on the grad-transfer market, there are a few options that make sense. But it’s going to be a tough sell for anyone because most transfers are transferring for a shot at playing, not to presumably sit for another year. I do think that someone like Brett Kean, who left South Florida and is a Lakewood native, could make sense. But he’s not actually available until he graduates in May, and there’s no way to know if there’s been any contact or interest expressed on either side.

Ohio State needs to add another quarterback, that much seems clear. Who will it be? That’s the question. There will be more names that get added to the mysterious transfer portal in the next few weeks, but if the Buckeyes aren’t able to add an immediately eligible player, then there’s no point in adding them.