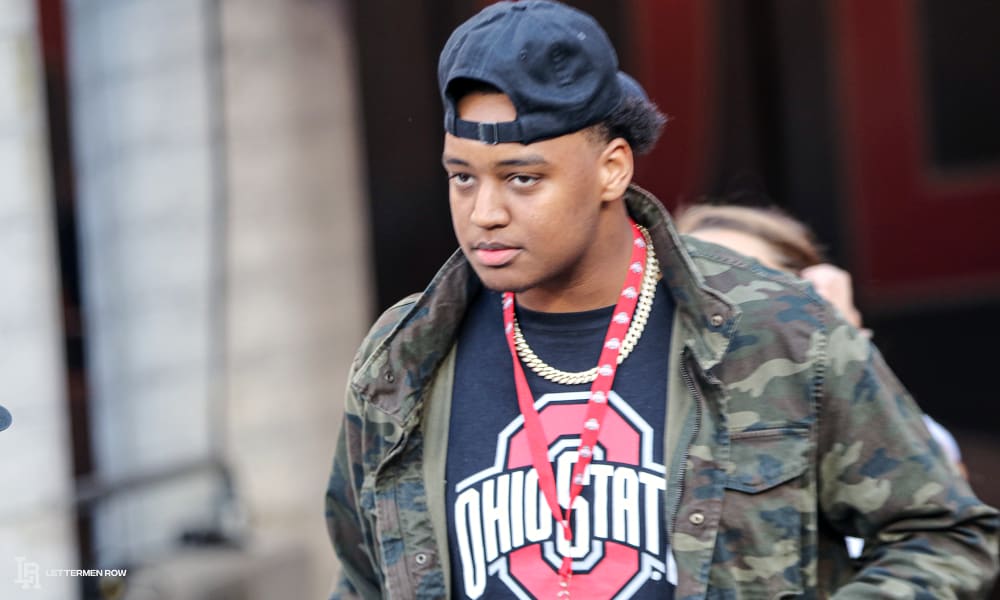 Jacolbe Cowan committed to Ohio State in June but didn't publicize it until October. (Birm/Lettermen Row)

Have a question about Ohio State recruiting? This is the place for you, five days a week. Submit your questions on Twitter or on the Lettermen Row forums. Check-in daily to see what’s on the mind of Buckeyes fans all over the country. Today’s question asks how often a recruit issues a private commitment but then holds off on his public commitment.

Venture a(n educated) guess: what percentage of commits are silent verbals more than one or two weeks before a public commitment? Is it a common practice?

Believe it or not, this practice is actually a deviation from the standard when it comes to commitments and announcements for the majority of the country’s elite recruits.

As with many elements of recruiting, though, the results vary from prospect to prospect. But in most cases, the higher-ranked the prospect, the wider the gap between their private decision being made and their public commitment being announced.

In April, just about three weeks after a pivotal late-March visit to Ohio State, 5-star wide receiver Julian Fleming reached out to Lettermen Row and let us know he’d made his decision. But Fleming initially wanted to wait until May 21 to make his commitment public.

That timeline changed a few times, and there was actually a plan in place to push it back to June 21 before he settled on May 31. When Jacolbe Cowan filmed his commitment edition of Birminology in early October, he told Lettermen Row at the time that he had actually been silently committed to the Buckeyes since June, but because he wanted to make his announcement at a time when all the key people in his life would be present, he would wait all the way until Oct. 4 to make a public declaration.

Jaxon Smith-Njigba made an Ohio State visit on Oct. 3, 2018 and was committed publicly a day later. (Birm/Lettermen Row)

On the other side of the coin, Ohio State verbal Jaxon Smith-Njigba made his first-ever visit to Columbus over a November weekend last year. And by the time he had boarded his flight to head home to Dallas, he was in contact giving quotes about his decision which he intended to announce when he touched down in Texas.

It’s a different thing for everyone. And in reality, the coaches at Ohio State don’t really care if a player’s decision is public so long as the player and his family have made their intentions known privately.

Yes, sometimes that can backfire. The case of running back Bijan Robinson is a well-known recent instance of that phenomenon. But honestly, it’s pretty rare for a player to back out of their commitment when they’ve made a pledge to a coaching staff. Robinson had privately issued a commitment to the Buckeyes with the intention of going public roughly a month later, but ultimately he changed his mind before doing so.

The recruiting process is a very private, personal thing for kids around their country and for their families. Because of that, it’s hard to say definitively what the percentage of kids who commit silently and then wait for a public decision would be. One person I asked — and he’d know — estimated that it was only around 10 percent. So, though it seems like a regular thing for Ohio State caliber commitments, it’s really not.

At least not yet.